Recently investigated for releasing documents it should have kept private, the University of British Columbia is now under attack for not releasing records the UBC Faculty Association claims should be made public.

In a complaint filed with the Information and Privacy Commissioner for British Columbia, the association alleges the university administration illegally deleted e-mails, hid information through the use of private e-mail accounts and failed to disclose information it was required to under the Freedom of Information and Protection of Privacy Act (FIPPA).

In a detailed complaint filed with the Information and Privacy Commissioner, the Faculty Association claims UBC "breached security, storage and retention provisions of the FIPPA … [and] failed to act openly, accurately and completely in response to our requests for e-mail records and records of the university's Board of Governors' committees and meetings."

Michelle Mitchell, a spokesperson for the Office of the Information and Privacy Commissioner confirmed Wednesday that the complaint has been received.

"It is an active file, so I can't comment on the status of the file," she stated in an e-mail.

"The complaint is before the Information and Privacy Commissioner and UBC will co-operate fully with their investigation," Hubert Lai, legal counsel for UBC, stated in a brief e-mail.

In concluding his investigation recently, Mr. Loukidelis stated in a report that UBC made a "simple mistake" when it released hidden attachments that contained personal information about Dr. Gupta and his abrupt departure after just one year in office.

"The disclosure was an accidental result of UBC's good-faith attempt to be open and transparent," Mr. Loukidelis said of the information release.

But the UBC Faculty Association is now complaining the administration is anything but transparent, and that it has acted illegally in suppressing information.

The complaint states that UBC failed to appropriately respond to a Freedom of Information request concerning records related to Jennifer Berdahl, a professor who said her academic freedom was violated after she speculated in a blog that Dr. Gupta was a victim of discrimination by the Board of Governors.

The UBC Faculty Association said its attempts to get full disclosure of records related to Dr. Berdahl's case were thwarted.

"The university only provided partial access and redacted records of e-mails and correspondence … [and withheld] large portions of the records," the complaint states.

It alleges that e-mails were illegally deleted, that UBC improperly withheld information about board committees and that some university business was being conducted through private e-mail accounts.

The UBC Faculty Association says it is "most alarming" that private e-mails were used to conduct UBC business "by sophisticated executives in the highest echelons of leadership at the university, who should have been familiar with their privacy obligations."

The complaint says an investigation is needed to determine whether university employees are "using such e-mail servers to transmit a variety of personal information, beyond the known case of Dr. Berdahl."

On the issue of deleted e-mails, the UBC Faculty Association says it is unlikely the records were destroyed automatically because the e-mail system is set up to routinely archive material.

"This strongly suggests that either the university has improperly withheld e-mail records that were in fact not permanently deleted, or university staff were taking extraordinary steps to permanently remove certain e-mail records, both of which would amount to serious breaches of FIPPA," the complaint states.

The UBC Faculty Association asks for a declaration that the university violated the privacy rights of its members and that it failed to retain or keep personal information secure. It also asks that the university be ordered to produce all records that were inappropriately withheld and it seeks undefined "penalties for misleading (or attempting to mislead) the association." 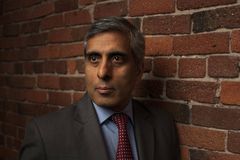 UBC faculty vote no confidence in board amid leadership struggle
May 16, 2018