British Columbia's decision to impose a 15 per cent tax on foreign buyers to cool Vancouver's scorching housing market is poised to derail more than 400 home purchases worth millions of dollars and may prompt calls for legal action.

At least 427 deals are likely to collapse due to the new measure, according to Dan Morrison, president of the Real Estate Board of Greater Vancouver, citing responses from 27 brokers to an e-mail inquiry. The group didn't calculate the value of those sales, though they would be worth about C$404-million ($307-million) based on the average purchase by a foreign buyer of C$946,945.

That may just be the tip of the iceberg.

"It's a domino effect," said Elton Ash, Western Canada regional executive vice president for Re/Max Holdings Inc. Not only will foreign buyers be hit but also Canadians who had contracts to sell and had already put offers on their next house, he said. Morrison said the effects could take years to play out given some deals involve the sales of condos still being built.

Canada's westernmost province introduced the tax for foreigners as price gains intensified this year. The cost of a detached home in Canada's third-biggest city soared 38 per cent over 12 months to C$1.58-million in July. British Columbia joins governments from the U.K. to Australia imposing measures to tame markets that have become unaffordable for many local residents. Public support for intervention was building in Vancouver, where anecdotes abound of offshore investors bidding up prices then leaving homes empty. The provincial levy only applies on homes in the Metro Vancouver area, where three-quarters of the foreign money flows.

Legal Challenges Re/Max is still tallying the fallout of the tax, which took effect Aug 2. At least one C$14-million sale in West Vancouver fell through because the levy would've added another C$2.1-million to the cost, Ash said.

The measure will hit the lower-end of the market the hardest, such as C$500,000 condos, where the cost won't be so easily absorbed, said Ash. Some sellers will react by cutting prices to salvage deals, he said.

The province's move may yet face legal challenges.

The new tax violates several treaties and agreements that Canada holds with at least 28 other countries, including the U.S. under the North American Free Trade Agreement, according to Barry Appleton, managing partner of law firm Appleton & Associates, who specializes in international law and has launched claims in Canada under NAFTA.

"It's just shocking that a provincial government in Canada would choose to have a knee-jerk reaction in this way," Appleton, who has been contacted by several entities but declined to name them, said by phone from San Francisco. Depending on the treaty in place, individuals or the state can sue Canada for losses related to the tax, as well as challenge the tax as discriminatory, he said.

"All legislation is vetted to ensure it complies with the constitution," said Jessica McLachlin, a spokeswoman for British Columbia's finance ministry in Victoria. "The government received opinions on the additional property transfer tax and we believe British Columbia is within its rights to act as it did to protect the residential real estate market from distortions."

Legal Precedent France may provide a precedent for legal action. Foreign homeowners went to court in 2012 after the nation raised the capital gains tax on overseas investors to as high as 33.5 per cent, arguing discriminatory treatment was illegal under France's bilateral tax treaties. They were successful, and France reduced the rate to 19 per cent for all sellers, said Miranda Bothe, founder of Paris Property Group.

In British Columbia, an individual U.S. investor could file a claim under NAFTA, as could residents in 28 other countries that have trade agreements with Canada, Appleton said. Chinese buyers, who comprise the majority of foreign investors in British Columbia according to the finance ministry data, could file individual constitutional challenges under Canada's Charter of Rights and Freedoms. The Chinese government could also go after the Canadian government, Appleton said.

"This government has been going around the world telling people that Canada is open to foreign investment, and now they discriminate against those very individuals, and with little warning," he said.

The federal government engages with provinces when measures in their areas of jurisdiction may have an impact on international trade commitments, Anne-Louise Chauvette, a spokeswoman for the Canada's international trade department, said in an e-mail. "Should there be any such concerns with the new B.C. tax, the federal government will discuss those with the province."

Sotheby's Canada had about 20 high-end home deals organized the week prior to the tax announcement, and those deals are still proceeding as planned, Henderson said.

A bigger risk than canceling deals is the possibility that the tax may push some investment into the shadows as investors seek methods around the measure to avoid paying millions, he said.

Henderson's firm found that the fastest-rising category of luxury homes were in the C$4-million-plus space driven by foreign investors, he said by phone Thursday. "People are buying homes worth millions and if they have the means to avoid the tax, they'll take that route." 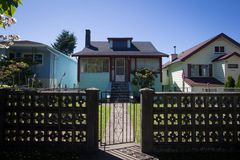 The loonie could be a victim of B.C.'s foreign buyer tax Subscriber content
May 16, 2018 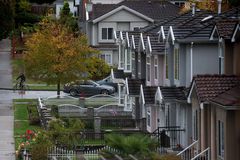 Opinion
Why B.C.’s real estate tax on foreign nationals is unlawful
May 16, 2018 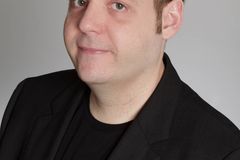