They were a handful of photos, taken at an outdoor rave attended by hundreds of young people in Pitt Meadows, B.C., on Sept. 10, 2010.

The young man who took them said he did so because he couldn't believe what he was seeing. The photos, police said at the time, depicted a disturbing sexual assault on a girl who was 16 years old.

For the teen and her family, those photos quickly became the stuff of nightmares – tormenting them long after the night they were taken, and highlighting the perils of an online world in which friends can be made in seconds and names and reputations tarnished just as quickly.

"This has been a catastrophic, life-altering event, and I am afraid we will never get over it – especially my daughter," the girl's father, whose name is protected by a publication ban, said on Wednesday in a provincial courthouse in Port Coquitlam. He was giving a victim impact statement at the sentencing of Dennis Warrington, who, in December, 2012, pleaded guilty to one count of distributing obscene material.

At a press conference a few days after the incident, RCMP made a plea for those circulating and sharing the images to stop.

The Crown told the court that Mr. Warrington not only posted the images on his Facebook page, but made joking comments, referring at one point to making a collage. He later took them down. While Mr. Warrington attended the rave, the court heard that he did not witness the incident.

The incident took place at an outdoor rave called "Another night in Bangkok" on a rural property in Pitt Meadows. It touched a nerve, raising concerns about youth desensitized to sexual imagery and unaware of the potential consequences of online behaviour.

The police said a code of silence was stopping people from coming forward with information. Only three people were charged in connection with incidents that occurred at the rave. In addition to Mr. Warrington, a boy who took the pictures and can't be named because of his age pleaded guilty last year to distributing obscene material; he received 12 months probation. And a charge of sexual assault against 20-year-old Colton McMorris was dropped last February after the Crown decided it was unlikely to get a conviction.

At a press conference after the McMorris charges were dropped, the girl maintained she had been sexually assaulted and that no one would have consented to what happened to her.

She repeated that assertion on Wednesday in her victim impact statement – saying she blacked out after accepting a drink from a stranger and has only, vague disjointed memories of what happened later.

The next day, when asked if the images on Facebook were her, she said no, "because I honestly didn't know that it was," she told the court.

But soon, with all of the messages she was getting and the condition of her body, she said, "I put two and two together."

The young woman said she quit school and that her social and family relationships have suffered.

"I can't even imagine how my parents feel about this," she told the court.

The young woman's mother, in her victim impact statement, said she is taking medication for panic attacks and feels helpless because the images, comments and online attacks have yet to stop.

"The Internet is a lawless society and people think they can do whatever they want," she said.

Mr. Warrington read a letter of apology, saying he was deeply sorry for his actions.

Mr. Warrington's lawyer, Marvin Stern, told the court his client was not the only person to post images of the incident on Facebook, adding that it is "naive" to think that it would not have become public knowledge without Mr. Warrington's actions.

The defence is requesting a conditional discharge, which would not result in a criminal record. The Crown is seeking a suspended sentence, 12 months' probation and conditions that include having no contact with the complainant.

A sentencing date is expected within the next few weeks.

"Code of silence" in rape case in Pitt Meadows is shameful
February 26, 2012 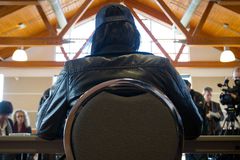 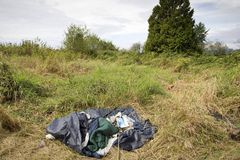 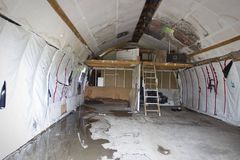 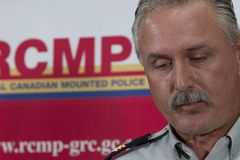 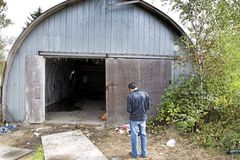