A B.C. First Nation has sued the federal government, the University of British Columbia and a former member of UBC's faculty of dentistry, alleging fees that should have gone to the band went instead to the university and the former faculty member, Christopher Zed.

The legal action, filed by the Skidegate Indian Band, is the latest development in a controversy that boiled into public view in April, 2014, when UBC disclosed an investigation into possible financial impropriety in its faculty of dentistry and said it had notified police of its concerns several months earlier. RCMP at the time said the investigation involved up to $5-million. Neither police nor UBC have named any individuals in relation to the probe. No charges have been laid.

The suit, filed last Friday in B.C. Supreme Court by the chief and council of the Skidegate band, names Dr. Zed as a defendant along with the Attorney-General of Canada and UBC. The Attorney-General is involved because that office controls Health Canada, which set up contracts with UBC to run two dental clinics in Haida Gwaii – one in Skidegate and the other in Old Massett Village.

None of the statements contained in that claim has been tested in court, and neither Dr. Zed, the university nor the federal government has filed statements of defence. Dr. Zed did not return a message left at his Vancouver office.

In court documents, the Skidegate band alleges Health Canada breached its duty of care by, among other things, failing to ensure the band received payments to which it was entitled.

According to the suit, those payments related to "third-party billings" – fees charged to those clients who fell outside the clinics' primary mandate of providing dental care to First Nations people who were not covered by provincial health care or private insurance plans.

"As a result of Health Canada's negligence and breach of duty, the Plaintiff has suffered loss and damage," the claim states.

The claim does not specify an amount, but says the band was "at the mercy of Health Canada" because Health Canada entered into contracts with UBC and failed to enforce the terms – including a provision that the band was entitled to third-party billings.

In its lawsuit, the band is seeking damages from the federal government, UBC and Dr. Zed.

The federal government, however, previously filed a lawsuit against Dr. Zed and UBC – alleging that UBC and Dr. Zed overbilled Health Canada by $3.3-million in relation to the dental clinics.

That lawsuit, filed last November in the Supreme Court of B.C., cites a 2014 UBC investigation that stated, among other things, that "Dr. Zed's spending behaviour contravened the most basic expectations of an official entrusted to manage the Haida Dental Project for the benefit of marginalized and vulnerable communities," and that $2-million worth of dental clinic billings had been diverted to three bank accounts under Dr. Zed's control.

UBC is reviewing the Skidegate band's lawsuit to determine a response and is also developing a response to the claim from Health Canada, UBC spokeswoman Susan Danard said.

Dr. Zed, formerly the associate dean of strategic and external affairs with the faculty of dentistry, as well as clinical professor of dentistry, left UBC in December, 2013. UBC has not disclosed any details of his departure, citing privacy regulations.

But questions swirled around his departure, in part because of an anonymous online posting in 2011 that linked him to alleged financial wrong-doings at UBC.

After the dentistry investigation was publicly disclosed in 2014, UBC said it had reviewed the posting from three years earlier, but that an initial review did not turn up grounds for more extensive internal investigations. After receiving information from a whistle-blower, UBC launched the investigation that would result in the ongoing police investigation. 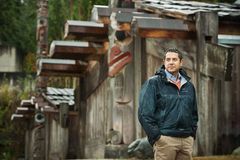 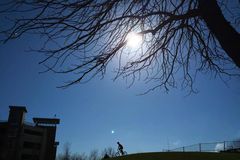 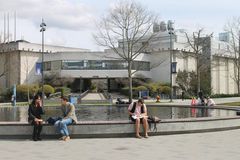