The federal government is lagging in its vow to end long-term drinking-water advisories in First Nations communities by 2021, according to a new report by the David Suzuki Foundation that gives Ottawa a failing grade on eight of 14 indicators.

The report, released on Thursday, said the government must expedite the capital approval process for water infrastructure and invest in First Nations-led approaches. It also called on Ottawa to clarify its plans to protect source water and make its budget more transparent.

"In a country as wealthy as Canada that is home to 20 per cent of the world's fresh water, we can and we must ensure clean water for all," Alaya Boisvert, one of the report's supervisors, told a Vancouver news conference.

Ms. Boisvert said some of the more than 90 communities under long-term drinking water advisories have been facing them for decades.

"Imagine just for a moment not being able to turn on the tap to be able to get a glass of clean drinking water. Or having to worry every time you wish to bathe your children the water coming out of the tap would make them sick or give them a rash," she said.

Indigenous and Northern Affairs Canada in a statement wrote it welcomed the foundation's report and shares its commitment to the issue of safe drinking water in First Nations communities. It said the 2016 budget committed $1.8-billion in water and wastewater infrastructure.

The statement said the government is "on track" to meet its commitment to end the long-term advisories.

"Since November, 2015, 40 long-term drinking water advisories have been lifted from public systems on reserve while 26 have been added. Work is under way in First Nations communities across the country to improve on-reserve water and wastewater infrastructure, ensure proper facility operation and maintenance, and strengthen capacity by enhancing the training of water system operators," the statement read.

The government said the projects that are under way or completed will benefit 275 First Nations communities and serve more than 270,000 Canadians.

Jim Brown, who was a band councillor for the Lytton First Nation for 22 years and its operations manager for 35 years, joined Ms. Boisvert at the news conference. He said his band's water system was long under advisory but the installation of a new treatment plant a couple of years ago has been a major change.

"It's a lifesaver for the people that live there," he said.

Ms. Boisvert said the foundation recognizes the government is taking steps to address the issue, but progress has fallen short. The report said the Parliamentary Budget Officer late last year found the $1.8-billion that has been pledged constituted approximately 70 per cent of what will be needed. The government, in response to the budget officer, said it would spend as much as is needed to meet its commitment.

Steve Cornish, chief executive officer of the David Suzuki Foundation, also spoke at Thursday's event. He said his past humanitarian work, including six years with Doctors Without Borders, has made clear "the value of the basic building blocks of life."

He noted the United Nations Declaration on the Rights of Indigenous Peoples states Indigenous peoples "have the right to maintain and strengthen their distinctive spiritual relationship with their traditionally owned or otherwise occupied and used lands, territories, waters and coastal seas and other resources and to uphold their responsibilities to future generations in this regard." 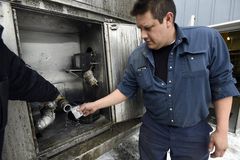 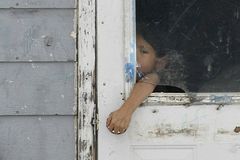 The trouble behind Canada’s failed First Nations water plants
May 17, 2018 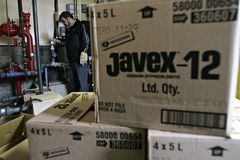