A single season of the TV series Arrow, about a hooded vigilante in a fictional U.S. city, created jobs equivalent to the construction of 616 new homes in British Columbia, according to a new study.

The research, commissioned by the Motion Picture Association-Canada, says the five-year run of the show has had the economic output of the province hosting the FIFA Women's World Cup every year for five years.

The Motion Picture Association released the figures this week providing a behind-the-scenes look at some of the finances of the show to remind British Columbia of the value of film and television production in the province, which offers tax breaks to the production sector.

But a vice-president for Warner Bros. Entertainment, which produces Arrow, warned about the precarious nature of those economic benefits.

TV production is being done in a "competitive environment" in which producers balance the best price for making a product with creative needs, Michael Walbrecht, vice-president of public affairs for Warner Bros. Entertainment, said in an interview from Burbank, Calif., on Wednesday.

"If the incentive in one location slips, [that location] is going to come farther down on the list of potential candidates for the next production. It's the way the world is set up for this," he said.

The Motion Picture Association study on Arrow, which is based on the venerable DC Comics character, found the series has created 7,087 jobs over its run. Its fifth season is being produced and broadcast. By the time it's done, 115 episodes of the series will have been produced in B.C.

The study says Arrow's fourth season, for example, saw $72-million in total production spending in B.C., including on postproduction and visual effects.

Arrow is one of 19 TV series being shot in B.C. right now. Economic details about them are largely kept secret, but the studio and the Motion Picture Association said they hoped to make a point by releasing the details.

Wendy Noss, president of the Motion Picture Association-Canada, said broader numbers about the production sector in B.C. are generally well-known, but her organization wanted to boil it down for stakeholders.

"We think it's important for people to really see in a concrete way, in a relatable way, what one project, one production, one television show, one film brings."

Mr. Walbrecht of Warner Bros. said the average annual production cost for each of the studio's nine series, now shooting in B.C., is about $54-million.

"Our attitude is that these are great economic engines of a local economy," he said.

Mr. Walbrecht said B.C. continues to be appealing to Warner Bros. because of its stage space, trained crews and tax incentives. Also, B.C. is in the same time zone as decision-makers in Los Angeles and close to California.

"All those things add up to make Vancouver a very attractive location for production of all kinds," he said. "You're the belle of the ball."

Others have noted that the Canadian dollar, relative to its U.S. counterpart, allows the largely Hollywood producers driving the industry to get more for their U.S. budgets.

A shift in tax breaks, he said, will change the calculus. The B.C. government, last year, adjusted its tax incentives in consultation with the production sector whose representatives have expressed general satisfaction with the change.

"You evaluate each show on, 'Where can I make this show for the best possible price and still get the creative things I need?' There's so much competition," Mr. Walbrecht said.

In B.C. alone, the Motion Picture Association has done similar studies of the TV series Once Upon A Time and Supernatural. It also assessed spending and economic spinoffs from feature films Tomorrowland, Deadpool and Star Trek Beyond.

Not even Creative BC, the provincial agency that nurtures the production sector, has access to the data to similarly assess specific productions. "It is a highly valuable contribution the industry is making to demonstrate the size, scale and impact of the motion picture industry," the agency said in a statement.

According to the B.C. finance ministry, production in 2014-15 accounted for $2-billion in spending and the sector employs about 20,000 people. 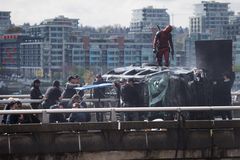 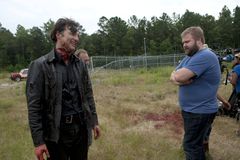