Filmmaker Charles Wilkinson is happily devoted to documentaries now after a three-decade career with much work in drama, directing such TV series as The Beachcombers and Road To Avonlea and features including Blood Clan with Gordon Pinsent.

His latest – and eighth – documentary since 1981 is Haida Gwaii: On the Edge of the World, an alluring visual paean to the the archipelago on British Columbia's north coast, home of a vibrant Haida community.

It has been playing at the Vancouver International Film Festival, the latest stop on the festival circuit where the film has been well received. Its next and final VIFF screening is on Friday.

Mr. Wilkinson, who shot the film with his life and filmmaking partner, Tina Schliessler, says it is the third part of a trilogy on mankind and the natural world that has consisted of Peace Out and Oil Sands Karaoke.

In an interview, Mr. Wilkinson, 62, talks about his preferences for documentary filmmaking, the marketplace for such films and what place he'd next like to chronicle on film.

I watched your movie and thought about what it would be like to live in Haida Gwaii. Do you get that a lot?

Yes. People ask us if we're selling real estate there. It's such a pretty place, people find themselves drawn to visiting. We get those kind of questions all the time.

But were you looking at something deeper than pretty pictures?

The pretty stuff attracts people. But there's much more than that. There's something going on there that becomes fairly clear, fairly quickly – a different way of living. Although it's quite subtle, it's something you can't take your eyes from.

What do you say to people who see the movie and declare they want to move there?

We say the point of this film is not that you should move to the country. This isn't one of those back-to-the-land sort of things. It's clear the Earth can't support seven billion people living like they do on Haida Gwaii. The message of the film is we can live differently where we are. Everywhere we are, nature is there as [Severn Cullis-Suzuki] says in the film. We can live in a much more rational and deliberate fashion in the heart of Manhattan or Kitsilano.

Have you ever thought of moving there?

Yeah. Every time I go there. I fantasize. I sit there on the beach and plan and scheme. Tina and I talk about it all the time. Our friends there say: "What are you guys doing? Why don't you move here?" But we live in Deep Cove and I love Vancouver. Vancouver is the love of my life for place. I sort of feel like Vancouver is my place.

How much did the film cost?

I never talk about money, but I guess there's no harm in telling you it cost a quarter of a million dollars, which is, I suspect, ex-tremely low for a feature movie.

What accounts for the cost in doing a film like this?

It's really low compared to [what] places like the National Film Board or CBC spend on documentary films. Think about what equipment rentals for a couple months would be. It adds up to thousands of dollars. Travel is always a major budget line item on a lower budget film. To get to Haida Gwaii is expensive.

What is the future of this film?

It's continuing to play on the festival circuit. We get more inquiries every day from all around the world. Of course, it will have its broadcast premiere on Knowledge Network in the late winter or early spring and then play and live on Knowledge Network's website, but also go into iTunes. Documentary films tend to not be particularly lucrative. It would be nice if we could make a fortune but we're not going to.

What keeps you going then?

We make a living. I think you will find with any documentarist short of Michael Moore, it's a hand-to-mouth existence. I don't mean to cry poor or anything. We're just so incredibly fortunate we have been able to work with Knowledge Network, for example, so we can make a living and do something we absolutely love. That's what keeps us going.

How would you describe the audience for documentaries?

It's growing and really an exciting audience. I spent most of my career directing dramatic film. I'd go to dramatic film festivals frequently. I don't like sounding negative, but often people are just really superficial. And if you talk to somebody, they are just looking over your shoulder to see if Jack Nicholson is coming and so on. But when you work in documentaries, everyone you come into contact with is interested in issues and ideas. The conversations are so fascinating because people are so focused and attuned to ideas. And the business model for the kind of documentary we do is actually pretty good if you think about it.

The amount of economic activity around a documentary film like this – by the film festival selling tickets, if it's reasonably popular – is more than enough to repay the money spent. So this is actually a pretty good business model.

What was the funding model for this?

You have broadcast licence fees. That means Knowledge Network is able to pay a certain amount for this film based on its subscriber base. That pays a large percentage . I am really terrible with numbers but, maybe something like 40 per cent of the production budget. But another big chunk is the Canada Media Fund. That's the organization that finances film in Canada and they take an equity position in the film such as, if and when the film makes money, theoretically, they will get their money back. And then also a portion of the budget that comes from tax credits. And that's deferred down the line for quite a ways. People sometimes mistakenly think that's Canadian filmmakers with their hands out taking subsidies from the government. In point of fact, those are the kinds of credits given to Spider-Man 10 and Superman 50 and so forth to attract production here so they couldn't well offer to American filmmakers what they don't offer to Canadian filmmakers.

You were a dramatic filmmaker. Are you a now a committed documentary filmmaker?

I feel very much at home in documentary now and I am certainly not pursuing or developing any dramatic projects. When I do a drama, I put forth all of the skills acquired over the years to motivate people to pretend to be something they're not. Whereas with the documentaries we do, there's nothing fake about them. I put forward every bit of effort and skill – we all do – to motivate people to be as honest and true and real as they possibly can be.

You say, in your Haida Gwaii directors' statement that "making a film about a good news story is really hard." What did you mean by that?

When you think about the kinds of films that tend to play at film festivals, which is where we live actually – even documentaries about the environment and stuff – bad news is fun. We love dirty laundry. Fracking? It's horrible and people are dying like flies. Conflict and drama are fun. It's easy to attract an audience with a story of "Oh my God. The sky is falling." It's really challenging to hold and attract an audience with something that is not fundamentally negative and fundamentally fear inspiring. That's tough.

How did you overcome that challenge with this film?

With a tremendous amount of work. I've mentioned to people before we had 68 versions of this show and 67 of them totally sucked. It was really, really hard. There's a constant struggle between telling the story that happened, and much of the story that happened on Haida Gwaii was very, very negative and yet constantly holding out the hope that the story is going to be better and it's not something you go home all depressed [about].

If you had the budget tomorrow, what other B.C place would you give this documentary treatment to?

Atlin is a story waiting to be told. The Peel Valley up in the Yukon is a place I'd absolutely love to make a film about because it's this absolutely pristine place that there's interest in developing. I'd like to go back to the Peace River Valley and make another film because of the provincial government's really hasty and ill-conceived decision to build the Site C dam despite all of the intelligent opposition lined up against it. There's such a great story up there.

What is your next project?

I can't really say but have you ever heard of a quadrilogy? This is going to the fourth film in the qualrilogy.

In a year and a half? If we're lucky and everything goes right?

Who knows? God. I hope so. We're not financed yet, but we're very confident. Things have worked out super well for the last while. Fingers are crossed. 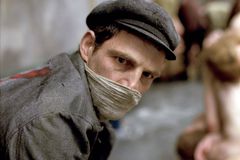 Sleeping Giant: A captivating and singular look at adolescence
September 26, 2015 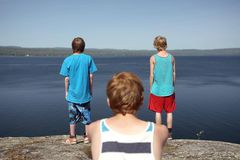 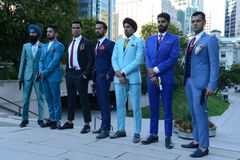