The 20-year battle to protect the Great Bear Rainforest – the largest coastal temperate rainforest on the planet – is over, with the B.C. government announcement on Monday of an agreement with environmentalists, forest companies and First Nations.

The deal, which will be enshrined in legislation this spring, applies to a stretch of 6.4 million hectares of the coast from the north of Vancouver Island to the Alaska Panhandle. It promises to protect 85 per cent of the region’s old-growth forests, with logging in the remaining 15 per cent subject to the most stringent commercial logging standards in North America. 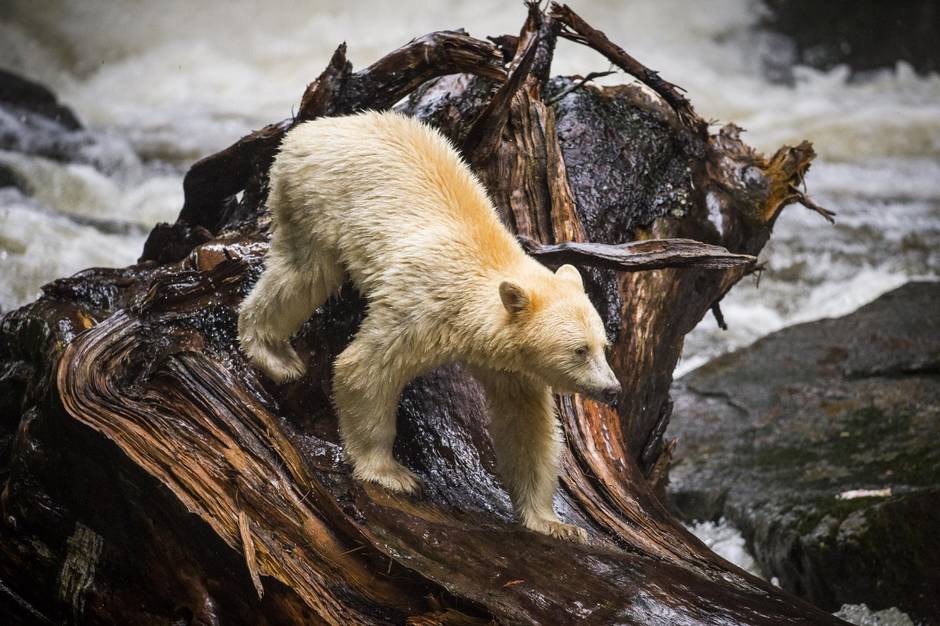 “I’m pleased to announce we have reached this landmark agreement,” B.C. Premier Christy Clark told a news conference in Vancouver. “We celebrate what hard work, tenacity and strength of purpose can achieve when we work together.”

Representatives for the four partners gathered for a ceremony in the Heiltsuk community of Bella Bella on Friday to mark the completion of an accord that reaches far beyond the original objectives of protecting ancient forests and the home of the unique white-furred black bear known as the Spirit Bear.

The final agreement also recognizes aboriginal rights to shared decision-making and improves economic opportunities for the 26 First Nations that reside in the region with a greater share of timber rights and $15-million from the province.

In Bella Bella’s school gymnasium, hereditary chiefs wearing their regalia of button blankets and ermine-trimmed headdresses danced and a chorus of children sang to welcome Premier Clark and the chief architects of the deal.

“This is a singular place – a gift – for us to preserve and this is the biggest statement we’ve ever made about our commitment to that,” Ms. Clark said in an interview after a short hike through the forest to the edge of an estuary. “To me, it’s an expression of our collective love of this land and this coast.” 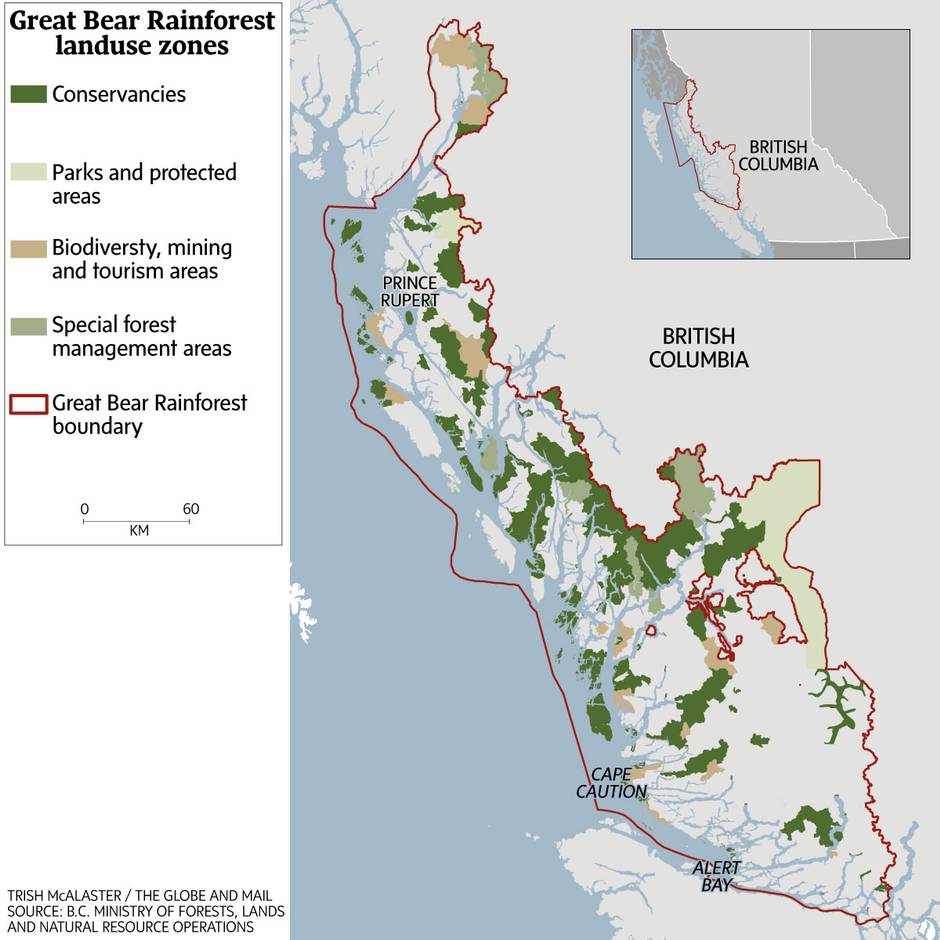 In the late 1990s, the Heiltsuk people welcomed visiting international customers for B.C.’s forest products to explain their concern about the timber being taken from their traditional territories. They showed their guests the home of the Spirit Bear and the ancient forests and pristine watersheds that command awe from visitors. But the region is also home to 18,000 people, many in remote and impoverished communities with little opportunity for work.

Marilyn Slett, chief councillor of the Heiltsuk Tribal Council, said her community was drawn into the conflict early on, but their views were not always part of the debate. “That’s the milestone – the collaboration,” she said in an interview. “As Heiltsuk people, as Coastal Nations, we aligned around common values of protecting the land.” But her people want jobs too. “Our nation clearly and consistently said, there must be balance.”

A critical part of the final agreement was the completion of government-to-government agreements, 26 in all, that B.C. signed with the resident First Nations on how the agreement will be managed.

“The outcome is we have a sustainable forest industry for B.C., and a platform for us to march down the road of reinvestment in the industry,” said Rick Jeffery, chief negotiator for the forest companies. Those companies gain a valuable green stamp of approval to market their products, but also the certainty of having partnerships with the local First Nations. “Now we have this great treasure, the result of collaboration between First Nations, industry, government and NGOs. That’s the big success.” 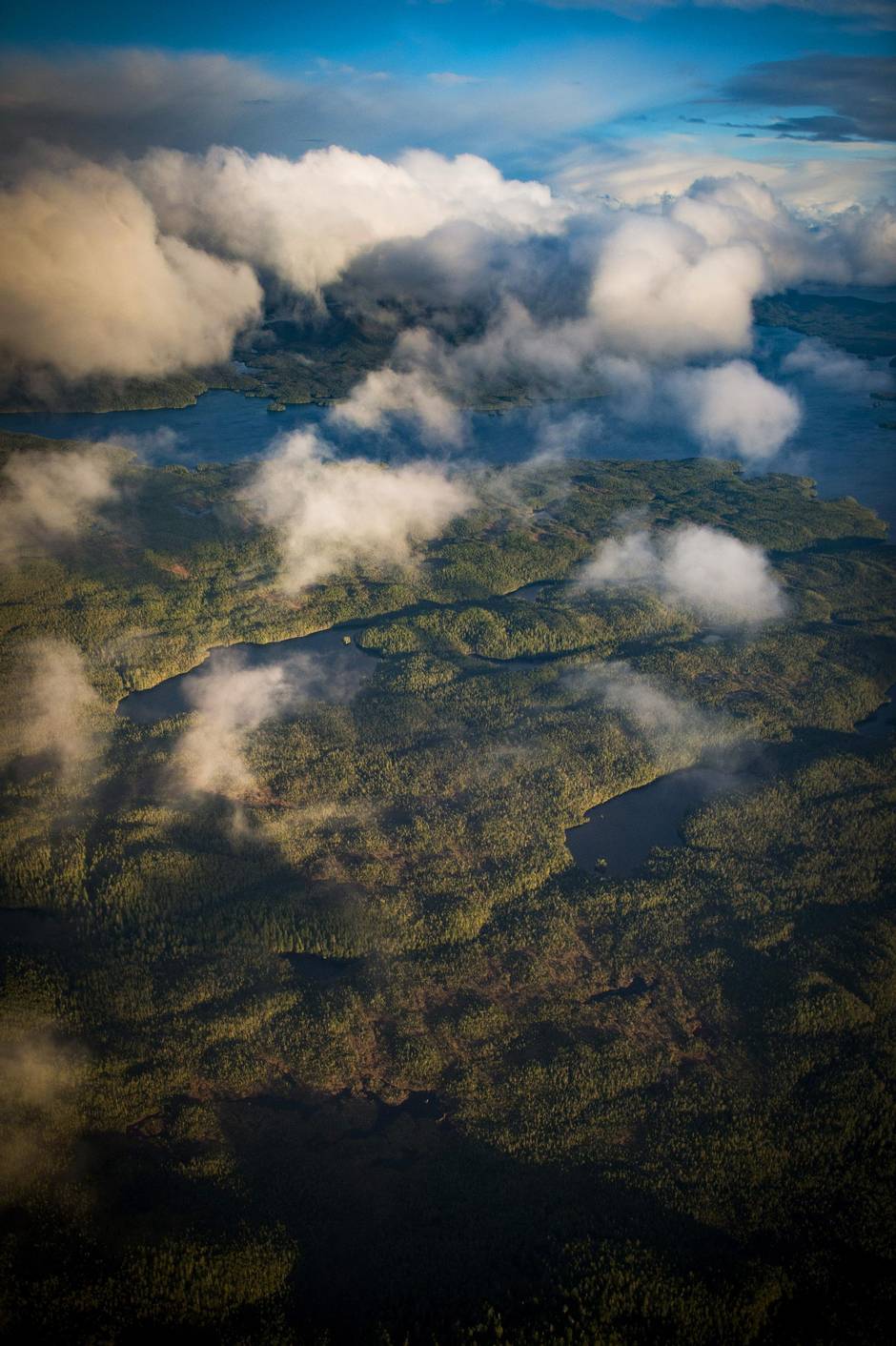 An aerial view of a small section of the Great Bear Rain Forest near Bella Bella, B.C., Jan. 29, 2016. (John Lehmann/The Globe and Mail)

The pact creates a framework for sustainable economic development that environmentalists hope will serve as a global model for resolution of other land-use conflicts, from Canada’s boreal forest – considered to be the largest intact forest on Earth – to the rapidly disappearing tropical rainforests in Indonesia.

The campaign began almost 20 years ago, when a group of environmentalists gathered over Italian food and wine to map out a strategy to save the region’s old-growth trees. They began by rebranding what was then known as B.C.’s Central Mid-coast Timber Supply Area as the Great Bear Rainforest, and then launched their battle, one that threatened to poison the markets for the province’s forest products.

With the combined efforts of Greenpeace, ForestEthics and the Sierra Club BC, more than 80 companies, including Home Depot, Staples and IKEA, were persuaded to stop selling products made from B.C.’s old-growth forests.

Then-B.C. premier Glen Clark condemned the activists as the “enemies of B.C.” and refused to accept the region’s new moniker. 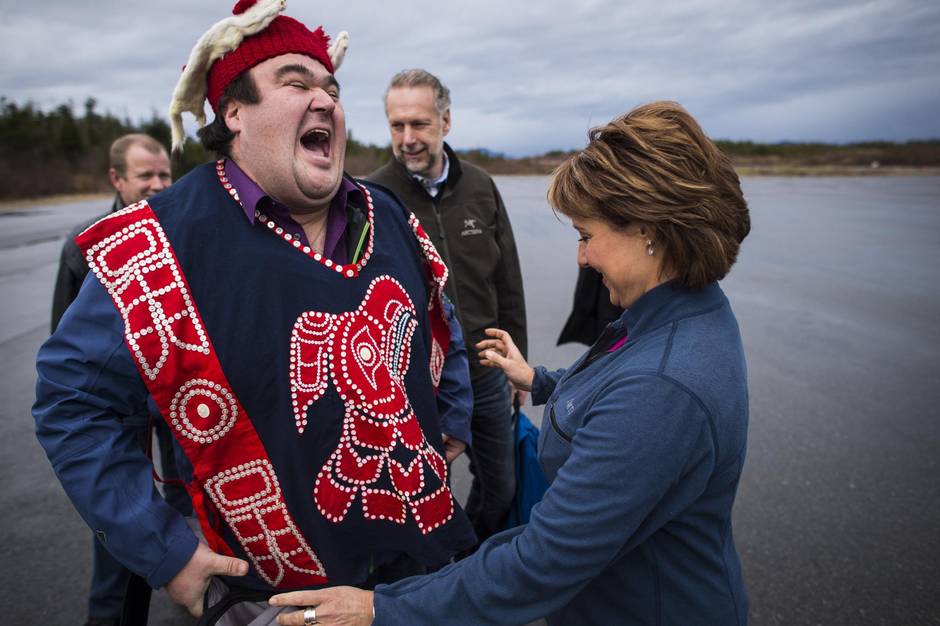 It was market pressure that brought industry to the table. A representative of the German publishing industry representing $600-million worth of paper-publishing contracts in B.C. met with both sides and demanded they work out their differences so that his clients could be assured they were buying sustainable and conflict-free paper.

In 2001, the Joint Solutions Project – an alliance of forest companies and environmental organizations – announced a ceasefire in the war in the woods. The marketing campaign against B.C. forest products was abandoned and, in exchange, the companies deferred logging in 100 pristine valleys. There was now an opportunity to collaborate.

“That put us in a place to really start talking seriously about a different future for the Great Bear Rainforest,” said Catherine Stewart, who steered the negotiations on behalf of Greenpeace for the first six years.

Ms. Stewart now represents another non-governmental organization, Canopy, which partners with forest-product customers – including The Globe and Mail – to advance conservation. But she plans to join her former Greenpeace colleagues and others on Monday to celebrate the completion of the deal.

“It sets a huge precedent and a very encouraging one for threatened ancient forests around the world – it says this can be done,” Ms. Stewart said. 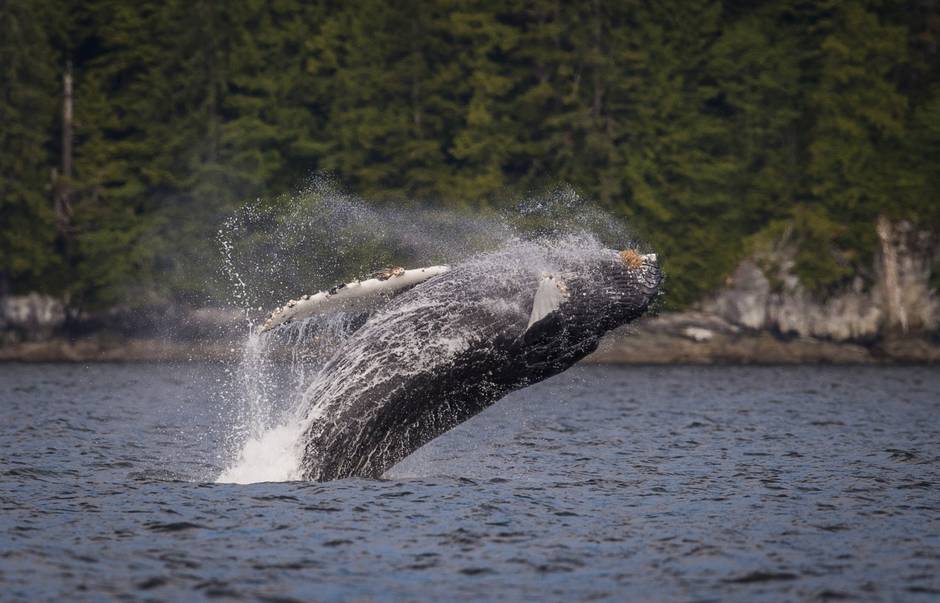 Ten years ago, a tentative pact was signed with international fanfare. Then-premier Gordon Campbell stood on a podium alongside forestry executives, environmental activists and aboriginal leaders to announce “the culmination of an unprecedented collaboration.” It was hailed as a “dream come true” by negotiators.

But implementation of the plan proved to be more challenging than expected. Logging continued and soon the three environmental organizations at the table raised concerns that the agreement wasn’t being met.

There was trouble, too, for the First Nations leaders who had signed on. They returned to their home communities to find criticism, not accolades, because the deal delivered little to help lift up their people.

“We always thought this was about stopping logging,” said Dallas Smith, president of the Nanwakolas Council which represents six of the First Nations in the Great Bear Rainforest. “But it morphed into something else, about saving this globally significant area that was unique because of its untouched wilderness, but with the understanding that there are indigenous people who are interwoven into the fabric.” 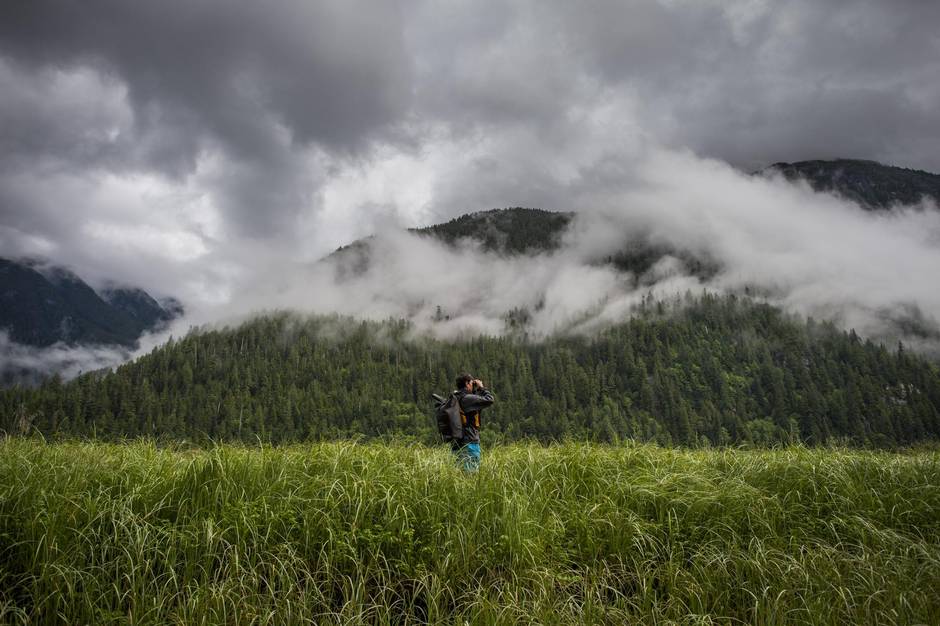 However there is still work to done, said Ian McAllister of Pacific Wild, an environmental organization devoted to issues in the Great Bear Rainforest, whose stunning photography of the region and its wildlife would play a crucial role in building support for its preservation.

“There is no skirting the issue: This agreement proposes to log 2.5 million cubic metres of old-growth forests every year for the next 10 years,” he said in an interview. “The campaign was to stop ancient-forest logging. Unfortunately this agreement enshrines the idea that ancient-forest logging is part of doing business in the Great Bear Rainforest. That’s been a significant change in the conservation movement.”