The concept of what a park is and how it functions to protect the landscape is being redefined in British Columbia by First Nations in ways that some might find surprising.

At a totem pole-raising ceremony on the weekend, the Tsilhqot'in First Nation announced plans to create Dasiqox Tribal Park, the latest in a series of declarations by native organizations aimed at protecting massive swaths of territory.

Dasiqox covers about 300,000 hectares of some of the most spectacular landscapes in Canada. The Valhalla Wilderness Society, which has long advocated protecting the area, describes it as "a vast mountain enclave for grizzlies" and other wildlife.

Unlike federally designated national parks and provincial enclaves, the First Nations concept in B.C. aims to create protected areas under the jurisdiction of native people, with potential room for resource extraction. While not new, these parks allow First Nations to control logging, mining and other activities in a particular region, which might otherwise be open to unfettered use by business.

In a series of interviews, Tsilhqot'in chiefs made it clear that their idea of what a park is, is very different from what most Canadians might think.

"I'd say generally a park has a poor connotation; it almost supposes it has no activity whatsoever in it," said Chief Russell Myers Ross.

The boundaries of Dasiqox Tribal Park, he says, have been drawn to reflect the needs of the grizzly bears, the moose, the wolves and the other wildlife. But within that sweeping landscape, the Tsilhqot'in people see room for some development too.

Propose a mine or logging operations in a provincial or federal park and you will trigger angry protests in B.C.

But Chief Myers Ross said development can occur in Dasiqox Tribal Park – as long as it is done in a way that reflects the cultural and environmental values of the Tsilhqot'in.

"We're opening it. We're not declaring it yet. We're allowing local residents, local businesses, local ranchers to come and to give input into our proposed park," he said. "So it's not really defined yet. It could be a special management zone; it could be a number of different things."

Chief Roger William, who was the main plaintiff in the recent Supreme Court of Canada decision that recognized Tsilhqot'in title, indicated that a tribal park is really about a new way of thinking. It's about seeing the concepts of both parks and development from a First Nations perspective.

"We don't really agree with how things are done today," he said. "We want economic development [but] it's going to be culturally sensitive, environmentally sensitive development."

Joe Foy, of the Wilderness Committee, said when news of the Dasiqox Tribal Park reached his office, people jumped up and cheered.

"You feel like you are on the edge of history," said Mr. Foy, who thinks we're seeing a whole new concept of land protection slowly emerging.

Mr. Foy said tribal parks, which have existed for decades, are evolving.

"It can get a little confusing," he said. "A tribal park is usually unilaterally declared by a First Nation. It's done to protect an area in their territory. And the rules are laid down by the First Nation."

However, Meares Island, which was set aside by hereditary chiefs of the Tla-o-qui-aht First Nation in 1984, has not been given any provincial or federal park protection. Despite that, tribal park designation stopped logging there and has protected the island for 30 years.

Mr. Alphonse said the Tsilhqot'in have asked the province to sit down with them to discuss how the park might function and what role each party might play.

But if the province doesn't engage, he said the Tsilhqot'in will go ahead with their plans anyway. 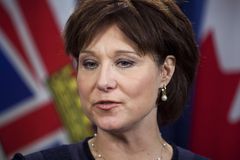 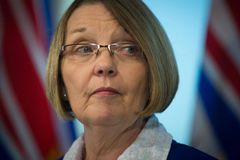 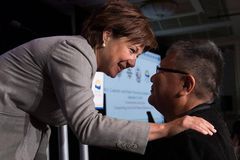 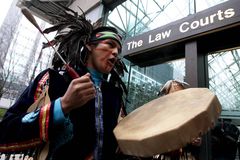 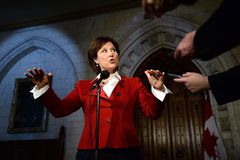