First Nations leaders in British Columbia say they intend to re-assume control over the child-welfare system within their communities – a declaration that has, for the first time, the tacit blessing of the provincial government.

But the watchdog for children and families is warning that the change – fuelled by frustration with an underfunded system that has failed aboriginal kids time and again – appears to be moving ahead without any framework for transition.

"We may have 200 separate child-welfare systems in British Columbia, and we can barely run one system in the interests of children," Mary Ellen Turpel-Lafond, the Representative for Children and Youth, warned on Wednesday.

Last Friday, just days before a conference with B.C.'s aboriginal leaders to discuss what they describe as a crisis in child welfare, the provincial Liberal government quietly announced it is launching talks to transfer jurisdiction for those services to First Nations communities. There are 198 Indian Act bands in British Columbia, as well as tribal councils, treaty nations and other umbrella organizations.

"British Columbia recognizes the importance to First Nations and their communities in delivering their own child and family services," Justice Minister Suzanne Anton said in a letter to Ms. Turpel-Lafond. The minister noted that the province is committed to working with First Nations to implement "new approaches to self-governance and delivery of child-welfare services."

The province has already delegated some authority for child welfare to aboriginal agencies, but the transition has not been smooth. While Grand Chief Stewart Phillip, head of the Union of B.C. Indian Chiefs, decried the number of aboriginal children who have been killed or seriously injured while in government care, the delegated agencies have also had tragic cases.

Most recently, 18-year-old Alex Gervais died after he was housed on his own in an Abbotsford hotel. Premier Christy Clark placed blame for the young man's death by suicide on the aboriginal agency responsible for his placement.

Ms. Turpel-Lafond, who spoke at this week's conference, said although she is an advocate for transferring jurisdiction, it needs to involve planning for a seamless transition of services.

In the absence of any plan, a number of chiefs declared an immediate moratorium on child apprehensions and adoptions in their communities.

"What happens to the 4,400 aboriginal kids in care today, or the child in crisis today?" Ms. Turpel-Lafond asked. It is not clear what authority British Columbia's child-protection workers currently have if a community turns them away, she said in an interview. "The government has created a whole new level of confusion."

Chief Phillip agreed there is confusion about where the B.C. government is headed on child-welfare policy. He said the threats to stop further child apprehensions were a symptom of the frustration directed at the Ministry of Children and Family Development. That anger could have been diffused, he said, if the province had bothered to tell the gathering about its new policy.

"This is a major development – they could have used the forum to launch that, it would have been a completely different tone in the forum," he said. Instead, it was an acrimonious session because First Nations leaders did not see any commitment to change direction.

The province, which hosted the closed-door conference on Monday and Tuesday in Vancouver, also committed to put "reconciliation at the centre of our work with First Nations communities to keep children safe and families together," and to press Ottawa to improve its funding models, according to a statement released Wednesday.

The First Nations Leadership Council – comprising the political executives of the Union of B.C. Indian Chiefs, the B.C. Assembly of First Nations and the First Nations Summit – wrapped up the conference with a declaration that it is developing a strategy to support the transition to "culturally appropriate indigenous child and family welfare approaches."

Cheryl Casimer of the First Nations Summit said the province's First Nations are frustrated with the government and intend to go directly to Ottawa to begin negotiations.

Entrenched poverty and funding inequities for children growing up on reserves have been blamed for the wide gap in child welfare between Canada's aboriginal communities and the rest of the population, and the federal government has promised a national response to those issues that are addressed in the action plan from the Truth and Reconciliation Commission. 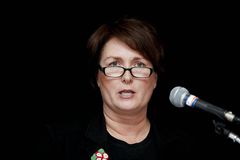 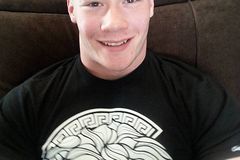 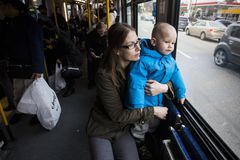