Squamish Nation member Khelsilem is fluent in his native tongue and passionately spearheading a project to revitalize indigenous languages. But he wants to turbocharge his linguistic proficiency by learning an entirely new and universal language – computer coding.

The 25-year-old from North Vancouver plans to preserve and share the Squamish and Downriver Halkomelem languages by acquiring coding skills, which he'll use to construct a website that gives his community's lingual traditions worldwide reach.

"Geography is the biggest challenge we have as indigenous people when it comes to revitalizing languages; there's so many languages in Canada and it becomes really hard to co-ordinate," he said.

"Technology becomes a really big way for our people to come together in ways that we couldn't otherwise."

Khelsilem was among two tables of 20 laptop-laden First Nations people adding their beat to the rhythmic key tappings of 500 British Columbians who gathered over the weekend for a massive computer-coding boot camp.

The humming hive filled a cavernous Vancouver conference space for The HTML500, the premier 2015 event in a four-city caravan teaching the ABCs of web coding.

The idea was to provide free lessons in basic coding languages, including HyperText Markup Language, known as HTML, that is standard code used in websites. Organizers hope the boot camp prompts a mass movement toward "digital literacy."

The targeted inclusion of First Nations at the event was conceived to increase employability in Canada's aboriginal communities, while taking advantage of the fastest-growing population of young people in the country to help fill jobs-skills gaps.

Coding knowledge is anticipated to be a boon for remote and rural native communities that are increasingly gaining Internet connectivity, said Denise Williams, acting executive director for the First Nations Technology Council.

"It's more accessible than a lot of institutional type careers or mainstream careers. It's creative and it's fun," Williams said. "It really speaks to who we are as First Nations people in terms of creating and developing things that can support and really inspire what the future is going to look like."

Bringing First Nations online is just one among countless ways Canada's economy can be revolutionized, said Jeremy Shaki, creator of The HTML500.

"Sure, Silicon Valley is amazing and Tel Aviv is amazing, but there is no country with an entire population that knows how to code," said Shaki, who's the co-founder of coding education company Lighthouse Labs that put on the event with other tech partners.

"We actually think that Canada has a super-strong opportunity to do that. We have a very well-educated population and kids clambering to learn to code."

A micro and macro vision exist for the project, he said, which will also travel to Calgary, London and Toronto over the coming weeks.

On the individual level, organizers want to reduce intimidation associated with coding, empowering everyday citizens to create and put their ideas into the world over the Internet. On the grander scale, they're striving to make a spectacle – Guinness World Records has already been contacted – in a bid for education reform.

Inserting coding into Canada's mainstream school curriculum is also a goal that's been circulating among Vancouver tech entrepreneurs who aspire to use their expertise for positive social change.

"Unfortunately, there's not enough going on in Canada to really promote digital literacy," Shaki said. "We're hoping this event opens the minds of people who care enough to get coding into curriculum, and really gives them a platform to stand on and continue that momentum."

Elective information-technology courses are available to B.C. students, while a policy guide provides a framework for integrating digital literacy but isn't mandatory, according to the Education Ministry.

More than 2,500 people registered for the fraction of spaces available at The HTML500, which indicates to Vancouver Economic Commission chief executive officer Ian McKay that there's a giant appetite for programming skills.

"We've all heard that notion about jobs without people and people without jobs," he said. "The ability to have, in your own hands, the basic building blocks … to create a website through HTML coding skills is going to be helpful no matter what your business."

Also championing the coding cause is high-profile startup Hootsuite and an associated charity that together hosted a separate camp Saturday for youths who live in Vancouver's poorest neighbourhood, the Downtown Eastside. The company opened its doors to 60 students from Grades 4 to 12 to awaken disadvantaged kids to a future in technology. 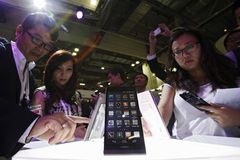 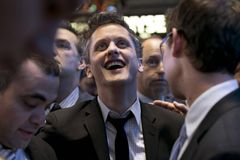 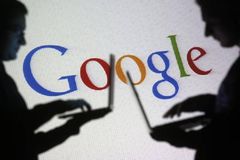