Prime Minister Stephen Harper's special envoy has issued a blueprint to gain aboriginal support for proposed energy projects in British Columbia worth about $100-billion, but opponents of oil pipelines and tanker traffic – many of them aboriginal – warn it's still not good enough.

Shortly after the federal government released a report meant to forge energy partnerships between governments, industry and aboriginal communities, First Nations leaders said there is growing resistance to many projects.

"We will fight to protect this land by any means necessary," said Annita McPhee, president of the Tahltan Central Council, who objects to the proposed Enbridge pipeline. "We will stand and fight because our kids' lives are at stake."

Chief Archie Patrick of the Stellat'en First Nation said he will starve in protest if the government approves the Enbridge pipeline – a $6.5-billion project that has galvanized protest in B.C. and which the National Energy Board is to report on by Dec. 31.

Chief Patrick's threat, which he said he'd act on if "they declare war" by sending equipment to clear a pipeline right of way, came Thursday at a Vancouver news conference where 130 bands and a growing number of non-native supporters reinforced their opposition to oil and gas projects.

The event was held shortly after the federal government released a report by Douglas Eyford, a Vancouver lawyer who spent eight months on a fact-finding mission for Ottawa.

The press conference by native leaders illustrates what a difficult social landscape governments and industry face as they try to find support for 14 energy projects currently proposed in B.C.

In Ottawa, Mr. Harper said Mr. Eyford's report was commissioned to "make sure that aboriginal peoples have the opportunity to fully participate and benefit from any resource development … near their communities or in their communities." He described the flurry of energy projects in the West as "an unprecedented opportunity for all Canadians, including aboriginal Canadians."

A public-opinion poll released Thursday by the University of Calgary's School of Public Policy, however, found about one third of aboriginal Canadians say they have no trust in oil and natural gas companies, or energy executives. One in four of those surveyed also said they have zero trust in the Canadian Association of Petroleum Producers or the federal government.

But the percentage of aboriginals opposed to oil and natural gas pipelines near their community drops if the projects help fund education or social programs, the poll found, based on an online and telephone sample of 300 aboriginal people. It also found that aboriginals are more concerned about the environment – and the related effects of energy projects – than Canadians in general have shown in past polling.

After meeting with more than 80 groups, Mr. Eyford issued a frank, but hopeful report advising Ottawa to reset its relationship with aboriginal communities.

"Canada must take decisive steps to build trust with aboriginal Canadians, to foster their inclusion into the economy, and to advance the reconciliation of aboriginal people," he stated. "Aboriginal communities hold constitutionally protected rights. The law requires potential impacts on those rights be taken into account in project development. The failure to do so may result in projects being delayed or not proceeding."

Natural Resources Minister Joe Oliver said Mr. Eyford had been appointed "to advance our thinking" on the aboriginal file and he promised the report will be taken seriously.

"Done responsibly, the positive impacts can be enormous," said Mr. Oliver of the multiple proposed developments.

Bob Chamberlin, Vice-President of the Union of BC Indian Chiefs said if federal government takes the report seriously it needs to immediately provide funding so First Nations can do land and marine use plans to guide how projects take place. And he warned that if Ottawa fails to engage in a meaningful way, it will lead to confrontation.

"You can expect that First Nations will take a very volatile approach [in] opposition to these mega projects," he said, adding that many non-native people "[are] willing to lock arms with us when we take to the streets, when it comes down to direct action on these projects." 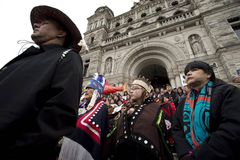 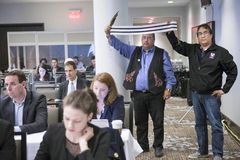 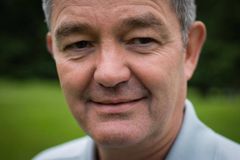 Opinion
Listen up: A First Nations message for the oil patch
December 4, 2013 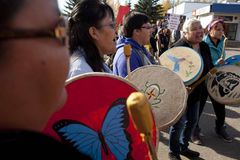