Massive bags of nylon – stripped from old fishing nets – are being collected in Steveston, B.C., in an attempt to put a dent in the tonnes of gear lost and discarded in the world's oceans every year that clog up harbours and endanger marine life.

Eventually, the material will be shipped to Europe, melted down and recycled to make products ranging from swimwear to carpet tile.

"Part of the problem is that not a lot of people realize this is a problem," says Joel Baziuk, the operations supervisor at the Steveston Harbour Authority in Richmond, B.C., who is piloting the recycling program.

"Because most of the stuff that's out there is primarily beneath the water – so it's not visible."

The program, inspired by a similar effort in the Philippines, is designed to make use of fishing nets that are abandoned in the water, tossed into landfills or stored on land. Mr. Baziuk says the current focus is on nylon from the nets, but he is also in talks with a Danish company to find ways to recycle the rest.

In Steveston, the stripped nylon is bagged and sent in massive batches to a recycling plant in Europe – Mr. Baziuk says there is no comparable option in Canada or closer – where it is melted and transformed into a fibre that can be used in a variety of products.

Mr. Baziuk says he can keep the project going in Steveston only because the recycling company pays for shipping and labour.

But those elsewhere with nets, would need a way to move (and pay to move) them to the facility in Steveston. Mr. Baziuk says this is not feasible for many fishermen and harbour authorities.

He says the only realistic way to scale up the program will be to find outside funding to cover transportation costs.

Canada's Fisheries department says that although some regional efforts are being made, no national program exists to remove gear from the country's waters.

Canada's current regulations encourage, but do not require, commercial fishing vessels to report gear that gets lost to the department. The government does not know how much has been lost.

Josey Kitson, Canadian executive director of World Animal Protection, which launched the Ghost Gear Initiative, says of all the things that can get lost at sea, nets pose the greatest threat to ocean life.

"Basically, they're a floating death trap," she said.

Ms. Kitson said some animals that get tangled in them drag the gear for long distances and become exhausted, while others drown. "It is really a huge animal-welfare issue."

She says few organizations in Canada are addressing the issue and many of those that do struggle to find funds to support their efforts.

Lori Wiedeman, former president of the Queen Charlotte City Harbour Authority in Haida Gwaii, B.C., got in touch with Mr. Baziuk about a pile of old nets.

Not keen to throw them in landfill, Ms. Wiedeman liked the recycling option at Steveston – but realized transit logistics, as flagged by Mr. Baziuk, would be tricky.

Ms. Wiedeman is working with Mr. Baziuk to launch a campaign next year to raise awareness of the issue.

They hope to survey harbours around the province and maybe even other parts of the country, to get a better idea of the scale of the issue and tell people about the problems that arise from abandoned nets and other gear.

One of their goals is to attract attention and funding to the work being done in Steveston so the net recycling program and similar efforts can grow.

"I think it would be a really neat initiative for Canada," Ms. Wiedeman said. "We also have our 150th birthday happening next year, so I'm hoping to get some federal interest in it too." 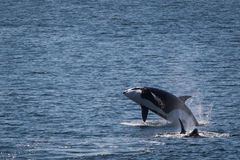 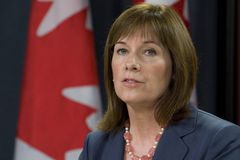 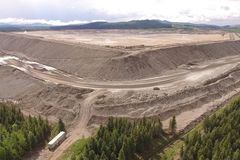