In the middle ages, a new mother who felt unable to care for her newborn could safely and anonymously leave the child in what was called a foundling wheel – a revolving, wooden cylinder typically set in the wall of a convent or church – to be cared for by someone else.

It was after this centuries-old strategy of last resort that Geoffrey Cundiff modelled the Angel's Cradle initiative, now approaching its fifth anniversary. As head of obstetrics for Providence Health Care in Vancouver, Dr. Cundiff said he had long been attuned to the problem of baby abandonment and felt more needed to be done to protect newborns in instances where mothers, for whatever reason, feel they have no other options.

"Sometimes, they're abandoned in the hospital; a mother will come and deliver and leave without her baby," he said in an interview on Tuesday. "But they are also delivered [and abandoned] around downtown Vancouver, at bus stops and in trash cans."

Angel's Cradle is located at St. Paul's Hospital in downtown Vancouver. Accessible via a small door from outside the hospital, the small alcove contains a cradle, complete with a teddy bear, where a mother in crisis can safely and anonymously leave her newborn. Thirty seconds after the baby has been placed inside, a sensor alerts emergency staff, who provide any necessary medical treatment. A social worker contacts the Ministry of Children and Family Development, which then assumes responsibility for the baby.

Vancouver police have agreed not to pursue these parents unless advised by hospital staff that the child was abused or otherwise endangered.

"We did not anticipate a lot of volume at all, because the social safety net in Canada is really quite robust," Dr. Cundiff said. "But obviously it doesn't meet all the needs because there are still babies abandoned in the community."

The initiative – a Canadian first in 2010 – has garnered interest from other provinces. In consultation with Dr. Cundiff, Covenant Health in Alberta installed the newborn safe havens at the Grey Nuns Community Hospital and Misericordia Community Hospital in May, 2013; no babies have been left at either to date.

Various groups across Canada have called for Angel's Cradles in their provinces, as well.

Gordon Self, vice-president of mission, ethics and spirituality at Covenant Health, said the program is an inexpensive way to let those "in a moment of desperation" know that there is a full range of options.

"There are good people out there and there are services that are available, and if people can avail themselves of that, that is a good thing," Mr. Self said. "If they still feel that they can't, then at least they know that within Edmonton, and within Vancouver, that there is an option available so that the baby can be left safely."

The program is not without its criticisms. Some opponents have invoked the UN Convention on the Rights of the Child, for example, which states that children have a right to know their parents' identities and have a relationship with them, even if they are separated. Children might also not know their medical history if the parent doesn't leave that information with him or her.

Dr. Cundiff acknowledged these criticisms, but said they are still better than the alternative.

"When you're considering the risk of being abandoned in the community, to me, it's a pretty easy decision," he said.

In 2011, a Richmond, B.C., woman was sentenced to one year of community service for throwing her newborn baby into a dumpster a year earlier. A forensic pathologist was unable to determine whether the baby was alive at the time of birth.

Last year, a Vancouver woman was sentenced to five years in prison for killing her two newborn sons in April, 2009, and March, 2010. Her trial had heard that she had feared being disowned by her parents for the pregnancies.

Indiana may allow ‘baby boxes’ for surrendering newborns
May 12, 2018 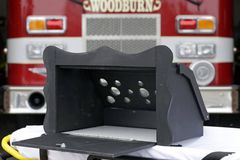 new
Woman who killed newborns sentenced to five years in prison
May 12, 2018 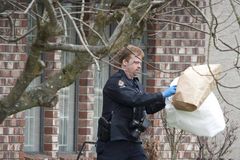 Program keeping mothers and babies together behind bars resumes after ruling
May 12, 2018 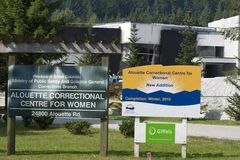