British Columbia has long said its interests are poorly served by the Senate, an unelected body where it has too few seats and far too little influence.

And with the federal government's newly announced procedure for picking senators, announced Thursday, Premier Christy Clark is pledging to boycott the process entirely – a decision experts say won't further her goals to reform the upper chamber.

Prime Minister Justin Trudeau's government plans to appoint a panel, made up of appointees chosen with input from the provinces, to select senators. Ms. Clark, who has previously said B.C. should have nearly triple the number of senators it currently has, immediately said her government would not participate, and instead repeated her calls for the Senate to be reformed or abolished.

The federal Liberal government responded by saying it will forge ahead without B.C.'s input.

Political scientist Andrew Heard said B.C. should get in on the new process to take a constructive role in the issue.

"Changes in the number of seats B.C. has cannot be achieved without a formal constitutional amendment, which makes it a long-term project," the Simon Fraser University academic said in an e-mail.

"In the meantime, informal changes, such as the new appointments process, can be undertaken and B.C.'s Premier should engage constructively in them."

"There are a number of changes which could be made to improve the new process that has been improved, and the Premier could be more positively involved and put forward suggestions to improve the suggested process," Prof. Heard said.

Prof. Heard noted that B.C. is allotted six out of 105 Senate seats, but some have suggested the province should have a dozen seats, reflecting half the regional quota of seats for Quebec and Ontario. B.C. currently has five senators, with one seat vacant.

Ms. Clark suggested four years ago that B.C. should have 10 additional senators and has supported Senate elections. She has also proposed appointing fewer than the allotted number of senators from "overrepresented" provinces such as Ontario and Quebec.

On Thursday, she argued the changes announced by the federal government won't work.

"Today's changes do not address what's been wrong with the Senate since the beginning. It has never been designed to represent British Columbians or our interests," Ms. Clark said in a statement.

"The Senate should be fixed or folded, but we should not be distracted by it."

A spokesman for federal Democratic Institutions Minister Maryam Monsef said the advisory panel can do its job without input from Ms. Clark's government.

"It is up to the provinces to make their own mind as to whether they would like to participate," Paul Duchesne said in a statement, responding specifically to Ms. Clark's concerns.

"If a province chooses not to nominate names for the advisory board, the Government of Canada will designate distinguished Canadians from that province to serve on the panel."

Gerald Baier, a political scientist from the University of British Columbia, said Ottawa is free to work around B.C.'s objections on the issue.

"If the provincial government doesn't participate, it can't stop the federal government from consulting with British Columbians to decide who should be on the advisory board," he wrote in an e-mail.

Still, he said, Ms. Clark is entitled to refuse to endorse Senate change that does not address B.C.'s lack of representation in the Senate.

How will Liberals pay for all their pledges?
December 3, 2015 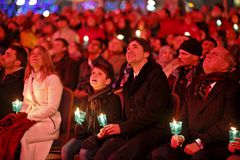 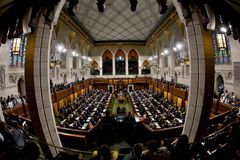 Liberals to set up advisory board for Senate nominees, but B.C. won't take part
December 3, 2015 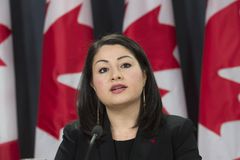