Local governments, health services and school boards across Canada are among the employers across all sectors that have applied to hire temporary foreign workers.

In the shadow of last week's decision by federal Employment Minister Jason Kenney to suspend the use of the program in the food-services sector amid reports of abuses by fast-food restaurants, public-sector employers continue to quietly employ thousands of foreign workers for specialized jobs.

In Surrey, B.C., a municipal transportation planner is a temporary foreign worker, as is a diagnostic medical stenographer – someone who reads medical scans – employed by the health authority in neighbouring Vancouver.

In the Alberta plains an hour south of Edmonton, the Miyo Wahkohtowin First Nations school board employs a sign language interpreter for a local deaf student. The school board serves a number of Cree reserves around the hamlet of Maskwacis. The interpreter is an American, employed under the temporary foreign worker program.

"We're on a reserve so it's hard to find a person who is willing to work here. The government was very rigorous and there was a lot of paperwork, but it relented in the end and let us hire them. It worked out well," said a school board official who isn't authorized to speak with the media.

According to federal documents, more than 33,000 labour market opinions – the first step for employers looking to hire foreign workers – were approved between 2010 and 2012. The documents show that about half the approved opinions resulted in work permits.

Among the businesses and organizations applying for those opinions are more than a dozen cities. Hundreds of foreign workers have been hired in large cities and small towns. Most were hired for positions requiring highly specialized skills after no qualified Canadians could be found.

When the City of Campbell River on the east coast of Vancouver Island needed a planning technician to fill a maternity position, no local applicants were found after the job was posted twice.

Then an applicant contacted Colleen Tillapaugh, the city's human resources manager. She was qualified for the job, but her visa would run out before the end of the position.

Ms. Tillapaugh applied to hire the planner as a temporary foreign worker. "It wasn't too difficult. It was a five-page application and we had to prove that we had advertised locally," she said. The woman worked in the community and left when the contract expired in August, 2012.

The Campbell River case reveals how the temporary foreign worker program was originally designed to work, according to Arthur Sweetman, an economist at McMaster University.

"That person could be quite content to work here for a few years and then go home. Historically the permanent immigration system has been remarkably slow with a wait time as high as four years," Mr. Sweetman said. "The temporary foreign worker approach is a much faster program. If you want to bring someone in today, that's the program. There are really only two choices, temporary and permanent, there is nothing else."

Unlike a food-services sector which has attracted migrants from disadvantage countries, often with the promise of eventual help to attain permanent status in Canada, many of the specialized workers hired by municipalities harbour no long-term dreams of life in Canada. They are hired for two years, gain experience and then most return home.

The City of Vancouver has hired three people under the program. Citing privacy concerns, officials couldn't comment on what the jobs are, but they are described as senior positions that required national searches which yielded no candidates.

The City of Edmonton was approved to hire temporary foreign workers, but eventually declined to do so. "We looked into it at one point and kept our name in the running, but we didn't ever go through with it," said city spokeswoman Lori Yanish.

Montreal's departments of parks and recreation, urban planning and the city's real estate arm also applied and were approved for access to the program. None has yet to make a hire. The same is true in Ottawa. 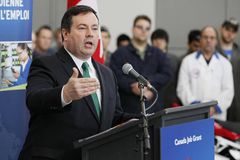