Associations representing more than 9,000 forest professionals, biologists and planners have issued a joint statement recognizing that "climate change is occurring and it has fundamental impacts on British Columbia's communities and ecosystems."

The groups say the declaration, released Tuesday, is unprecedented because it comes not from climate change scientists or environmental activists but professionals who work in the field, managing forests.

"This is the first time anywhere in the world that a joint statement of this kind has been released by professional associations, and recognizes the role and responsibility of the associations and their members in addressing climate change," the groups said in a news release.

"Formally acknowledging that the ecosystem is being affected by climate change is an important first step towards taking adaptive actions," said Sharon Glover, CEO of the Association of BC Forest Professionals. "We look forward to working with the other professions to ensure climate change is addressed."

The statement urges all levels of government to provide "strong action and leadership on climate change."

Andrew Young, president of the Planning Institute of B.C., said "climate change is real" and his members are concerned about the negative impacts it will have on communities and on the environment. "Unified action is needed now to help reduce the vulnerability of current and future generations to climate change induced impacts," Mr. Young said.

Casey Macaulay, a spokesman for the Association of BC Forest Professionals, said it is impossible to ignore the dramatic impacts climate change is already having in the province. A survey that drew 1,300 responses from forest professionals recorded a high level of concern about "increased levels of what we call natural disturbance and mortality due to insects and disease," Mr. Macaulay said.

"If you fly low elevation over particularly the drier Interior forests, you will see a lot of dead standing trees in the forest. If you get down on the ground and walk you don't necessarily see the dead tops, but you can see other indicators … [and] forest professionals are really picking up on that," he said.

"It's not like this started just last week. These changes have been going on for decades already. We haven't been great at recognizing that. So now things like wildfires that are a result of a prolonged drying period or a change in climate regime, that's in your face. Like we're looking at that and going, 'Oh, wow, we're losing forests to these massive fires,'" Mr. Macaulay said.

He said the pine beetle infestation, which has killed vast stretches of lodge pole pine, is another indication of just how profoundly climate change can affect a region. "That's a huge shift, a massive impact on a very large scale, and it's changed the industry structurally as a result," he said. "There is risk in climate change that that could happen to other species."

But Mr. Macaulay said little can be done to head off such future outbreaks. "We can only do so much to control insects or disease agents," he said. "If the conditions are perfect for them, population dynamics say that they will happen and there's not a lot we can do about it."

He said one response to climate change is using modelling to project future climatic conditions, and then planting the trees best suited for those conditions. "We're already seeing that," he said. "We're not talking about taking stuff from Russia and bringing it here. It's still based on species that grow within our ecosystems …[but] in very, very base terms, it's moving trees from southern ecosystems and shifting them north." 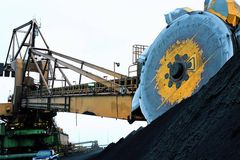 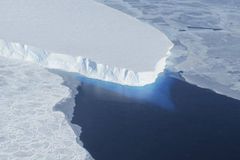 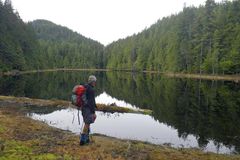 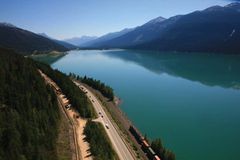 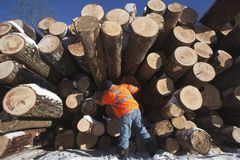