As they enter the race to take over the helm of the BC Liberal Party, leadership candidates are trying to explain how they will rationalize the record of ex-premier Christy Clark's time in government. For former cabinet ministers who were in Ms. Clark's inner circle, it has been tricky.

Often they have said the government was strong on the economy but failed to deal with voter concerns about affordability of needs such as housing.

"The [BC Liberal] brand remains strong. It wasn't strong enough in the last election to elect a majority government and we have got work to do re-earning that right," former finance minister Mike de Jong, who has entered the race, said in an interview. "I am proud of our record in government. We achieved a lot. We were not perfect, but we delivered good government to British Columbians."

On Tuesday, Mike Lee echoed this theme, but added something new by casting himself as the fresh face who can regain the trust of voters, positioning the Liberals to compete for votes whenever the next election occurs.

He is an MLA for Vancouver-Langara but was only elected in May.

"I believe that I, as a fresh face, with a fresh perspective, am best positioned to lead that outreach effort and rebuild trust," the veteran business lawyer told about 150 supporters gathered at a downtown art gallery.

Mr. Lee noted he has a 15-year association with the BC Liberals, having served on riding executives, party councils and as a membership chair.

But, in a scrum with reporters, he doubled down on offering a break with the past, saying the party needs to make a choice between a fresh face and his experienced rivals.

"I think this is a choice for the party," he said. "Watch how I perform. Watch how I come forward. This is my opportunity and I know I have to earn this." Mr. Lee said he was heading directly to Terrace, B.C., as part of an ongoing effort to reach out to party members.

"I am a newcomer. I understand that," he said.

The new-vs.-old dynamic is likely to play out in the months ahead before the party chooses a new leader in February. Over the past few days, one-time members of Ms. Clark's cabinet have been holding leadership-launch announcements. They include Mr. de Jong, Mike Bernier and Andrew Wilkinson, with Todd Stone, the former transportation minister, expected to eventually run as well. Sam Sullivan, an MLA and former Vancouver mayor, has also entered the race.

Tory MP Dianne Watts, who has had a high profile as an ex-Surrey mayor, kicked off a bid on Sunday as an outsider who says she is qualified to lead the BC Liberal Party, which melds elements of the federal Liberals and the federal Conservatives. Ms. Watts joined the BC Liberals in May.

Unlike Ms. Watts, Mr. Lee was a member of the legislature for a controversial Throne Speech by Ms. Clark's government that agreed with the NDP on some issues in a failed bid to head off a confidence vote. He disavowed the speech. "That Throne Speech was there to deal with a special situation," he said, but now the party is "turning the page."

Mr. Lee said the Liberals faltered this spring because voters saw them as strong on the economy, but less caring than other parties. He did not elaborate on caring. "I know we care," said Mr. Lee, adding the party also faltered in offering a plan to deal with concerns about affordability. In his kickoff speech, he referred to helping the vulnerable in communities. On affordability, he referred to housing, "better-paying jobs" and making sure that taxes do not take so much money from British Columbians.

Asked about Mr. Lee's fresh-faced approach, Mr. de Jong said it will be up to the party to find the correct mix of experience and "newness" in the next leaders.

Mr. de Jong, who has served in the legislature for more than 23 years and failed to defeat Ms. Clark for the leadership in 2011, said he expects the party will be most interested in new ideas and candidates with the experience to execute them.

"I will present myself as a loyal member and servant of the party for many years who has been here in good times and bad and believe I have the right mix of experience, energy, new ideas and a vision that can galvanize the free-enterprise forces in B.C."

Former federal cabinet minister Herb Dhaliwal, considering a bid to lead the BC Liberals, said the party's ouster from power suggests some merit in starting with a fresh face.

"After what happened in the last election, [the BC Liberals] need people with a different view and direction," he said in an interview on Monday.

The Jean Chrétien-era cabinet minister said he is now trying to decide whether to offer himself as an option. "I am considering it. I haven't made any decision," said Mr. Dhaliwal, adding some provincial Liberals have asked him to run. "I am a known quantity," he said. "I hope to bring some colour to the race if I decide to run." 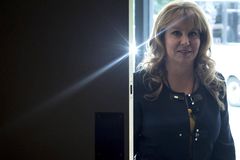 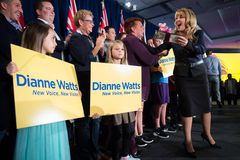 Opinion
BC Liberals need more than a new leader – they need ideas
September 22, 2017 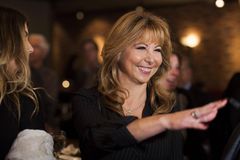