A former provincial jail guard who says he was forced to work in the same Vancouver Island institution that housed an inmate accused of brutally beating and sexually assaulting the guard's sister has filed a complaint with the B.C. Human Rights Tribunal.

Barry Rhodes, 48, says shortly after the assault, his sister died by suicide in December, 2010. Mr. Rhodes said he repeatedly asked for a transfer to get away from the inmate, but officials at the Vancouver Island institution refused to move him, prompting Mr. Rhodes to quit his corrections career in 2012.

The communications director of WorkSafeBC, Scott McCloy, said he could not comment specifically on the case, but he said the provincial workers compensation agency is "working actively" to help Mr. Rhodes retrain for a new career. "We've very pleased with the progress he is making," Mr. McCloy said.

In an interview, Mr. Rhodes said he went from being "a happy-go-lucky guy, shirt-off-my back individual to living in a shell. It was one of those things that chipped away on health on a daily basis." He said he was brought so low he couldn't get out of bed: "Had no self-esteem. I had to force myself to go to work."

Mr. Rhodes, now looking for work operating heavy equipment, is handling his own case before the human-rights tribunal after being unable to find a lawyer to take it on. In a written claim, he says his work environment and "neglect" left him with a stress disorder, as well as mixed anxiety and a depressed mood. "I'm not doing this as a cash grab," Mr. Rhodes said.

Mr. Rhodes says that in December, 2010, his younger sister was sexually assaulted by an inmate who had been in and out of the Vancouver Island correctional centre where he was a guard. He says the inmate was charged and remanded into custody. He eventually pleaded out to an assault charge.

After he returned from bereavement leave following his sister's death, Mr. Rhodes said the inmate began filing complaints against him, including allegations Mr. Rhodes was informing other inmates about his criminal record. Mr. Rhodes denies that and says he was cleared by an internal investigation.

He said the inmate's mother contacted him to say the inmate's complaints would go away if Mr. Rhodes could find some personal items he had left at his sister's residence.

After that, Mr. Rhodes said the inmate filed many complaints against him, all found to be invalid. "Each and every time, I was informed there was an investigation taking place and my stress level and anxiety would go through the roof," Mr. Rhodes writes in his submission.

Mr. Rhodes claims the inmate told a fellow prisoner he was trying to sabotage Mr. Rhodes' name and career by logging complaints. He says management dismissed his numerous requests to have the inmate transferred. His own efforts to get a transfer were also rejected. Eventually, he resigned. "I was at that breaking point where I was ready to snap," he says.

Asked about the case, the Justice Ministry responded with a statement from BC Corrections spokesperson Cindy Rose.

"BC Corrections takes the health and well-being of its correctional officers very seriously and works to promote a respectful work environment that is free of any form of discrimination. As this complaint is currently before the BC Human Rights Tribunal and in the very early stages of the process, it would be inappropriate to provide further comment."

But he said there's no option for going back. WorkSafeBC, he said, has told him he cannot return to law enforcement because it would exacerbate his medical issues. 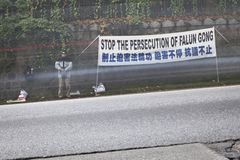