The B.C. Lottery Corporation is tightening its code of conduct rules and all other Crown agencies in British Columbia are reviewing theirs after a government audit found former CEO Michael Graydon was in a conflict of interest when he switched jobs.

The release of the audit Thursday prompted an apology from Mr. Graydon for creating a perceived conflict of interest, although he insisted he did not disclose any confidential information or seek any benefits when, as head of BCLC, he negotiated a new position with a gaming company.

"In December 2013 and January 2014, Michael Graydon was in employment discussions with Paragon Gaming which culminated in him resigning from BCLC and accepting a position with PV Hospitality ULC, a company affiliated with Paragon Gaming," states the report released by the B.C. Ministry of Finance.

"Given BCLC's conflict of interest guidelines and the above information, it is our opinion that Michael Graydon was in a conflict of interest that was not disclosed," the document states. "As an individual, Mr. Graydon would have a private economic interest in his prospective employment with an affiliate of Paragon Gaming. This interest could be considered significant enough to at least establish a reasonable apprehension that it would influence the duties and responsibilities of a CEO of BCLC."

The audit was triggered after questions were raised about Mr. Graydon's surprising job switch to a company developing casino project in Vancouver, and about the $86,000 severance package he took with him.

The audit states that while Mr. Graydon was in a conflict of interest, he did not take any action to benefit his future employer.

Government investigators, however, said other gaming operators were worried about that possibility.

"Casino service providers interviewed expressed some concern that Michael Graydon's knowledge could provide an advantage in the development and expansion of future gaming facilities," the report states. "Interviews and a review of electronic and physical records indicated no evidence of removal or inappropriate use of confidential information."

The report also notes that BCLC failed to terminate Mr. Graydon's electronic access until ten days after he left. On departing he was allowed to take his smartphone, laptop and iPad with him. BCLC was supposed to ensure those devices were wiped, but failed to do so.

"BCLC was unable to demonstrate that the mobile devices were adequately cleansed of data; however, there was no evidence of confidential information being inappropriately used," the report states. "Had Mr. Graydon's server access been immediately terminated, and the devices retained by BCLC, these issues would have been avoided."

Mr. Graydon issued a brief statement in response to the audit.

"I have carefully read the report from the Ministry and although the result is inconsistent with the legal advice I sought prior to negotiating with my current employer, I accept the findings and support the recommendations in the report," he said in an e-mail.

"While the auditors found no evidence of my current employer receiving preferential treatment, and no evidence of any confidential information disclosed, I understand that a perception of potential conflict was created, and for this I apologize. I wish to assure the public and government that I have neither sought nor received any benefit from the process of changing positions."

Finance Minister Mike de Jong said he is calling for a review of the codes of conduct by all Crown corporations, health authorities and post-secondary education institutions and wants to see consistent standards across the board.

Mr. de Jong said the audit findings "are troubling to the extent that they reveal a very senior official conducted himself …in a manner that was both inconsistent and fell short of the standards that one would expect."

Mr. de Jong said he didn't know of any way to penalize Mr. Graydon, but the Gaming Policy and Enforcement Branch will examine the situation.

In a statement, Bud Smith, chair of BCLC, said the Corporation accepts the findings and is "developing an action plan to bolster the policies and procedures related to employee exit, mobile devices, and will include steps to ensure employees have a clear understanding of their obligations." 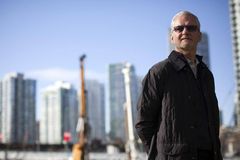 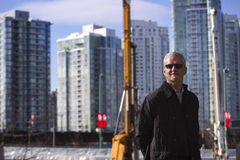