When a small native band in British Columbia launched an online petition to oppose increased water use by the gas industry, it was hoping for 500 signatures.

A month later, the Fort Nelson First Nation has nearly 24,000 signatories on the petition and letter to government posted on Change.org under the heading "Don't Give Away Our Fresh Water for Fracking."

Change.org bills itself as "the web's leading platform for social change," and it aims to empower groups or individuals by making it easy for them to start petitions that reach out globally.

But Lana Lowe, director of lands for the Fort Nelson band, said people in her community, which has a population of just 800 in northeast B.C., didn't really expect the world to take notice.

"It's amazing how many people are coming out to support us. We just didn't know that people cared," Ms. Lowe said. "It's exciting. It's like a groundswell. … People are really seeing now that our community is not alone."

The Fort Nelson band has been asking the government to stop issuing water licences to the gas industry, which injects huge volumes of water underground to fracture shale formations and release gas deposits.

The band is located about 400 kilometres northwest of Fort St. John, in the heart of a region where massive gas fields are being explored and developed. Ms. Lowe said there are 20 water licence applications in the area, and one alone requests the right to withdraw three billion litres yearly from the Fort Nelson River.

In a recent news conference in Vancouver, the band asked for a moratorium on water licences, saying so much water is being used for fracking that streams and wetlands are drying up. On the Change.org petition page, the band calls for "adequate baseline studies, proper regional monitoring, cumulative-impact assessment, and protected areas to sustain fish and wildlife habitat."

In a recent e-mail, Brennan Clarke, a spokesman for the Ministry of Forests, Lands and Natural Resource Operations, said the government is aware of the Fort Nelson band's concerns. He said the government is "in the process of negotiating a 'one-window agreement' that would deal with long-term water licences."

Mr. Clarke also said the BC Oil and Gas Commission and his ministry work together "to ensure environmental flows in all rivers, streams and lakes in the northeast are maintained." He said that approach essentially provides the baseline studies the band is asking for. And he said most licence applications are now held up for technical reasons.

"Of the 20 water licence applications that the Fort Nelson First Nation mentions, only one has been approved," Mr. Clarke said. "Another is in process, and the other 18 are on hold pending technical information needed to support the applications."

However, Ms. Lowe said the band hasn't received any formal notification that licences are on hold, and the community plans to ramp up its protest because it doesn't trust the government to protect water resources. "This is just the beginning," she said.

The gas industry has been under close scrutiny in B.C. not only because of its appetite for water, but also because of a flurry of small earthquakes triggered around active gas wells.

In a paper released this week, the Canadian Association of Petroleum Producers issued new operating standards meant to "reduce the potential environmental risks of hydraulic fracturing." The guidelines call on operators to increase monitoring for induced seismic activity and to adopt procedures that consider local geological conditions, in order to reduce the risk of earthquakes.

"We will continue to advance, collaborate on and communicate technologies and best practices that reduce the potential environmental risks of hydraulic fracturing," CAPP said in a statement. 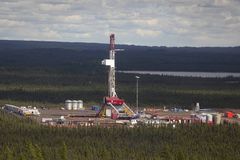 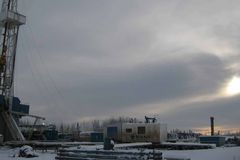 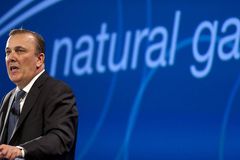 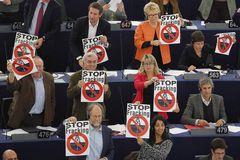 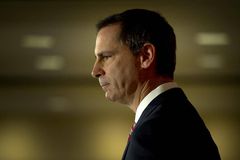 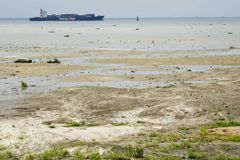 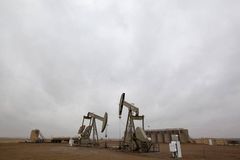 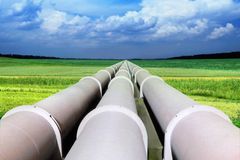 Nexen forms shale gas venture with Japan's Inpex
November 29, 2011
Oil industry backs more rules for fracking
September 8, 2011
Follow Mark Hume on Twitter @markhumeglobe
Report an error Editorial code of conduct
Due to technical reasons, we have temporarily removed commenting from our articles. We hope to have this fixed soon. Thank you for your patience. If you are looking to give feedback on our new site, please send it along to feedback@globeandmail.com. If you want to write a letter to the editor, please forward to letters@globeandmail.com.
Comments