Incorporated in 1879, Surrey began with about a thousand residents. It was a quiet start for what is now a regional powerhouse comprising six communities: Fleetwood, Whalley, Guildford, Newton, Cloverdale and South Surrey. This election campaign, as three main contenders compete to replace outgoing mayor Dianne Watts, there is more attention on the city than usual. Here's why. 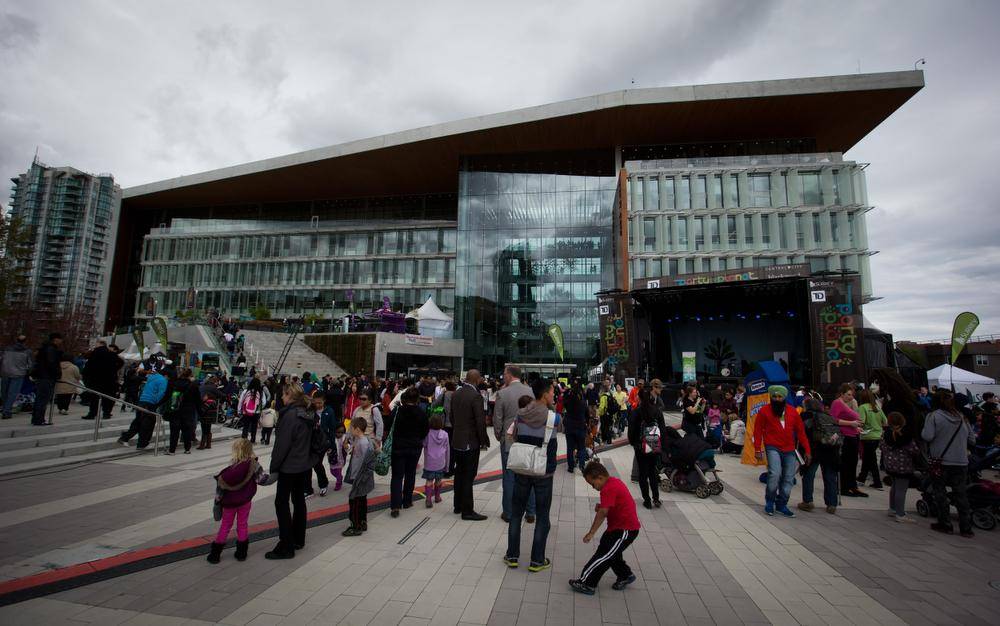 People gather on the plaza outside Surrey’s new city hall during the official opening on April 26, 2014. (Darryl Dyck for The Globe and Mail)

Surrey has a new, $150-million city hall as part of a new downtown that has come together since 2005. It includes a destination public library and city square and will include a new performing arts centre. It’s all alongside a SkyTrain station that provides a link to the rest of the region. Nearby is the Surrey campus of Simon Fraser University, located in the iconic Surrey Central City Building. 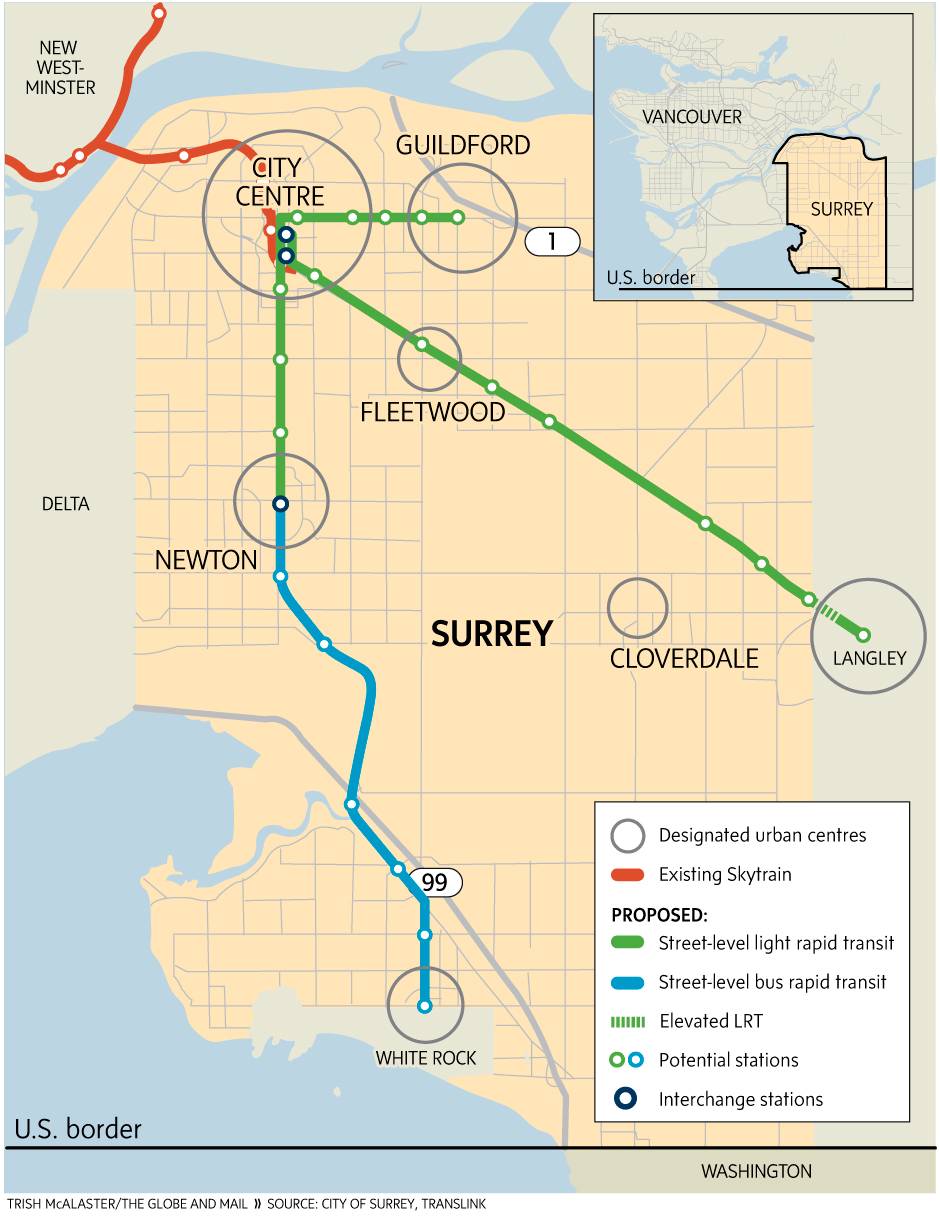 The region’s SkyTrain system arrived in Surrey in 1990. There are now four stations. Looking forward, there’s a consensus among the leading mayoral candidates that Surrey needs some form of light-rapid transit, one that would make it easier to move between the six urban centres. There has been talk of a 27-kilometre LRT network – something less imposing than SkyTrain. 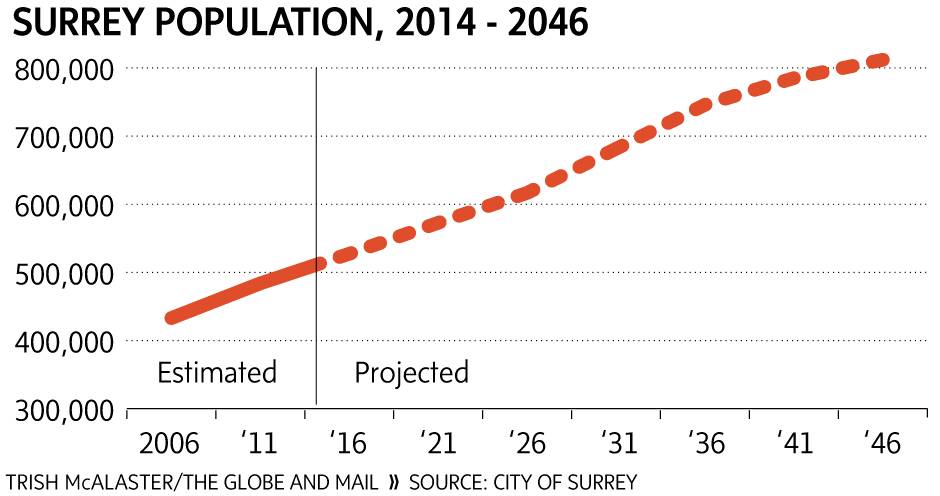 British Columbia’s fastest-growing city – about 1,000 new residents a month – is expected to overtake Vancouver and become the province’s largest city by 2041. Its current population is about 509,610. It’s a diverse, young community, with more than 27 per cent of its residents under the age of 19 and more than 43 per cent speaking a language other than English at home. The city has one of Canada’s most vibrant Indo-Canadian communities. 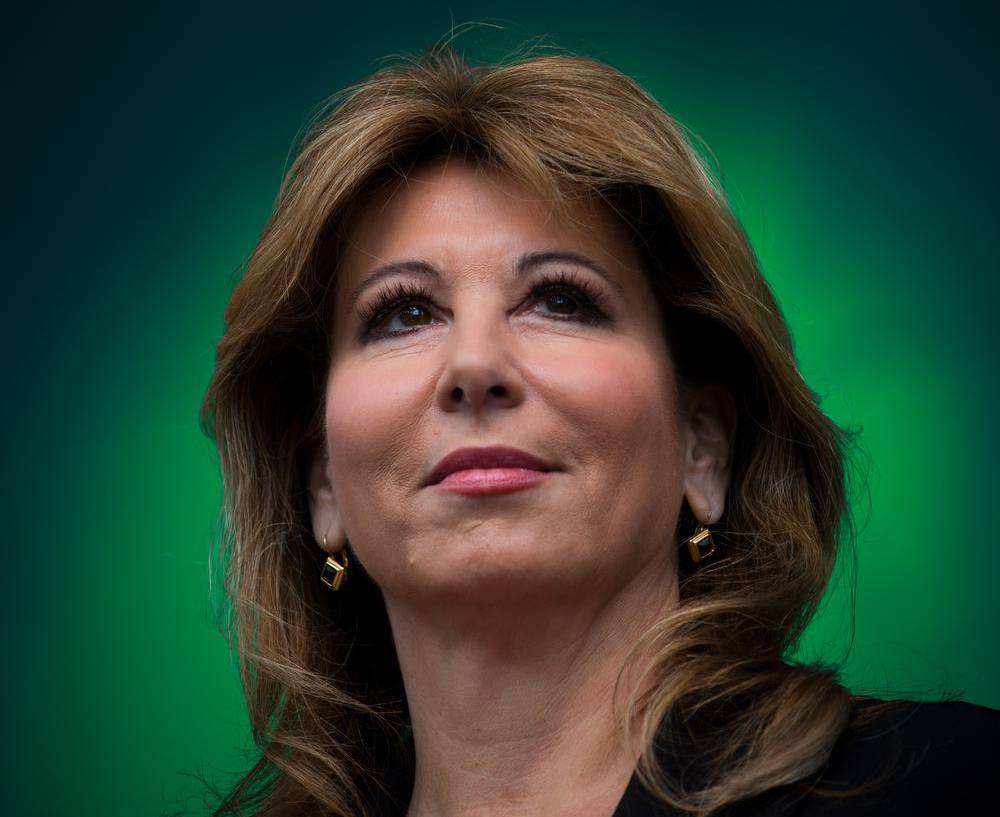 Surrey mayor Dianne Watts announced in 2014 she wouldn’t seek re-election in the Nov. 15, 2014 vote. (Darryl Dyck for The Globe and Mail)

Being the mayor of Surrey gives the person who holds that job a prominent platform for weighing in on regional issues – a timely opportunity given the wrangling over billions of dollars for transit projects on the agenda. The office has been a political training ground for one former premier – Bill Vander Zalm – and almost a second: When former premier Gordon Campbell announced his departure in 2010, Surrey mayor Dianne Watts was seen as a credible contender for the leadership.