After lunch one April weekday, Parker Williams and his classmates wandered along First Avenue in Ladysmith, lingering in front of the Wigwam Cafe, a popular luncheonette and confectionery.

One of the party entered, nickel in hand, to buy a chocolate bar.

He returned to the sidewalk empty-handed. He also had some shocking news.

Overnight, the price had risen to eight cents.

The young people on the sidewalk reacted to the news with shock, then outrage.

"We can't tolerate this," is what Mr. Williams recalls thinking 65 years ago this week.

"The nickel, to us, had some purchasing power. You could get your ice cream, your bottle of pop, or your chocolate bar."

Even the elementary students among them could do the math. The price had increased 60 per cent. In an instant, plans were made to boycott eight-cent sweets.

What unfolded on a Ladysmith sidewalk one day in 1947 quickly spread across the country. Homemakers joined schoolchildren in campaigning against rising food prices. The Chocolate Bar Strike, also known as the Candy Bar War, came to be seen as an expression of the emerging culture of the teenager.

Mr. Williams, a retired BC Ferries engineer, turns 83 in June. He is an accomplished amateur historian who conducts tours of the Morden Colliery, which is now a provincial park south of Nanaimo. The grandfather after whom he is named was first elected to the provincial Legislature in 1903.

He learned only a few years ago, when contacted by documentary filmmakers, that the protest he helped organize in Ladysmith became a cause cèlébre across the Dominion.

In 1947, he was a 17-year-old high school senior. He had spent the previous summer in the bush at Copper Canyon on Vancouver Island as a whistle punk for a logging camp. "I came out flush," he said. He used some of his earnings to buy a 1923 McLaughlin Buick.

"I had this old car and the kids talked me into chalking it up with slogans," he said. "That night, I drove it back to the Wigwam. We made a couple of passes up and down the street with kids marching behind and hanging all over the car."

The children and teenagers, many of them the sons and daughters of loggers and coal miners, were familiar with the strike as a tactic. They declared a strike on the purchase of pricey sweets.

Their slogan: "Don't be a sucker." They posed in front of the Wigwam for a photographer for a Vancouver newspaper. Many of the kids were shown enjoying an ice-cream cone, still priced a nickel.

Their homemade picket signs, some with misspellings, captured the homespun nature of the protest. "DONT BUY 8¢ BARS. LOWER PRICES TO 5¢. WE ARE SMART," read one.

The Ladysmith protest lasted only a few days before petering out, although most children continued to boycott candy bars. Yet, news of their protest found a receptive audience in other cities.

In Victoria, a squealing mob of 200 children interrupted the hush of the hallowed halls of the provincial Legislature. In Burnaby, a bicycle parade tied up traffic along Kingsway for two hours.

In Ottawa, 10 buglers led a march of 60 students to Parliament Hill. One carried a sign reading, "We'll eat worms before we eat eight-cent chocolate bars."

In Toronto, 500 teens from three high schools marched from Harbord Collegiate to Christie Pits in a parade sponsored by the National Federation of Labour Youth.

It was in Toronto that the protest hit a roadblock. The Toronto Telegram declared the labour youth group to be a Communist front, a charge echoed by the Financial Post in a front-page report headlined, "Communists run candy bar strike, recruit young children for parade."

The protest wilted in the hothouse atmosphere of Cold War hysteria.

The candy makers blamed the end of wartime price controls on cocoa beans for the three-cent increase. In time, the priced dropped to seven cents.

"At least we didn't sit idly by and let this terrible thing happen," Mr. Williams said. "We recognized we did have some power to make a protest."

These days, it takes a fistful of nickels to buy his favourites – a Sweet Marie or an Oh Henry! 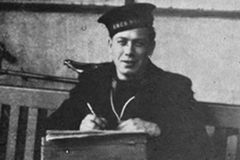 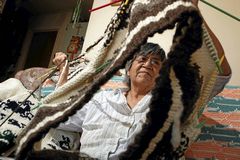