"I'm not a fugitive," he declares boldly, although he recently skipped bail in Germany to avoid facing extradition applications made by both Costa Rica and Japan.

Mr. Watson is the Canadian head of the Sea Shepherd Conservation Society, an environmental group known for its extreme tactics that is dedicated to protecting marine mammals. To some he is an environmental saviour and to others, an eco-terrorist.

With police in 190 countries now on the lookout for him, Mr. Watson is clearly on the run and in hiding, refusing during an exclusive interview to say even which ocean he is floating on.

Mr. Watson said he plans to return to land some time after March to face court challenges, after the whaling season in the southern seas. He fears if he returned now he might get tangled up in a convoluted, international legal battle that would keep him from his latest campaign – an all-out attack on the Japanese whaling fleet in Antarctic waters this winter.

"If I get into Japan I will never get out of there and right now, you know, I haven't got time to deal with this court case," he said. "I've got four ships and I've got to take command of those and get them down to the southern [Antarctic] ocean in November."

Mr. Watson said he has lawyers in four countries working on his case. And when he returns, he said it won't be to Canada.

"I think the best place to come back to is the United States, or Australia. Canada I don't trust. The Canadian government hates me more than the Japanese," he said.

On Friday, Interpol issued a red notice, or "international wanted persons alert," at the request of Japanese authorities, informing police in all its member nations to be on watch for him, "with a view to provisional arrest and extradition in accordance with the [local] country's national laws."

That followed a red notice issued in August on behalf of Costa Rica. Just prior to those bulletins Mr. Watson, who was arrested at Frankfurt airport on May 14, slipped out of Germany, leaving behind $300,000 in bail.

But Mr. Watson said none of that makes him a criminal. It just means police are looking for him – and one day he promises to step back in to court to deal with the charges against him.

Japan wants him for allegedly breaking into a vessel, damaging property and forcible obstruction of business, in relation to clashes he has had with Japanese whaling ships. Costa Rica accuses him, according to Interpol, of "causing a danger of drowning or of an air disaster" in a confrontation he had with a shark fishing vessel.

Mr. Watson said nobody was hurt and no property was damaged in the Costa Rica incident, which occurred in 2002 when he tracked down the Varadero, a ship he accuses of shark finning, a practice in which sharks are caught and stripped of their fins, before being released to die.

The Japanese accusations, he claimed, are based on an allegation that he ordered the boarding of a whale ship, which he denies doing.

Mr. Watson said his anti-whaling activities have made him an enemy of Japan, and he believes the Japanese leaned on Costa Rican officials to seek in his extradition from Germany.

"I know some Canadian newspapers are presenting me as a fugitive, but I'm not, because I'm actually not wanted until I come into a country and then a red notice goes out and then a provisional arrest warrant goes out. So it's not like if I came in to the U.S. or Canada I would be immediately arrested … they would just immediately notify Japan or Costa Rica to put out an arrest warrant," he said.

Mr. Watson, the Toronto native who helped found Greenpeace in Vancouver before starting the Sea Shepherd Conservation Society, in 1977, said his newest campaign is called Operation Zero Tolerance "because our objective is to see that they don't kill a single whale."

In a recent letter to supporters, Mr. Watson told them not to worry, saying he is enjoying life at sea.

"I can't say that it has been unpleasant," he said of his two months in hiding. "As a matter of fact I don't think that I have had the opportunity to enjoy nature so much in years."

He ends his letter by asking for donations – not for a legal fund, but because he needs $1.5-million to buy 12,000 tons of fuel "to get our ships to sea, allowing them to shut down the Japanese."

Iraqi vice-president, al-Hashemi, should be treated fairly
May 8, 2018 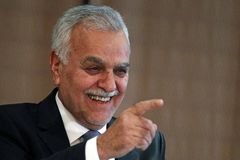 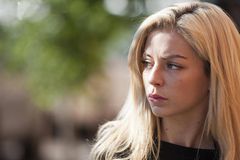