A second sexual-assault lawsuit against former Vancouver Olympics CEO John Furlong could be headed for a sudden end after his lawyers applied to have it dismissed.

The man behind a third lawsuit, which also claims sexual-abuse by Mr. Furlong at a remote B.C. school decades ago, is facing allegations he was not a student at the school.

On Thursday, Mr. Furlong's legal team applied to have the case filed by Grace West thrown out of B.C. Supreme Court.

John Hunter, one of two lawyers for Mr. Furlong, said counsel has not heard from Ms. West since August, despite attempts to reach her by mail and telephone. A courtroom assistant tried to call Ms. West several times during Thursday's hearing, but got no answer. No lawyer appeared on her behalf.

Mr. Hunter said school records indicate Ms. West was not a student at Immaculata Roman Catholic Elementary School in Burns Lake, B.C., when Mr. Furlong was a physical education teacher there in 1969 and 1970.

"As matters have progressed, and after examinations for discovery and further review of records, the evidence seems pretty clear that Ms. West wasn't even at the school Mr. Furlong was teaching at," Mr. Hunter told the court in asking for the dismissal.

Justice Miriam Gropper reserved her decision, saying she wanted to review the materials more thoroughly. She did not indicate when her ruling would be delivered.

Last month, Beverly Abraham, the first person to file a lawsuit alleging sexual abuse, announced she was dropping her case. Ms. Abraham said her brother and nephew had recently died and her elderly mother was ill, leaving her too emotionally spent to continue with the suit.

Jason Gratl, the lawyer who represented Ms. Abraham and the two other accusers, announced at the hearing he was withdrawing from the files. He did not explain why.

Ms. West was the second person to file a lawsuit. The case involving the third person, a man who has asked not to be identified, is scheduled to go to trial March 30, Mr. Hunter said outside court.

The man does not appear to have a lawyer, and Mr. Furlong's legal team last month filed documents that suggest he was in a different community at the time. The documents said the man told an Indian residential schools dispute resolution process he was in Fraser Lake, about 70 kilometres west of Burns Lake. The man said he was abused there, and later in Prince George, and received a payment of $129,000.

Allegations about Mr. Furlong's time at Immaculata surfaced in September, 2012, in the Georgia Straight newspaper. The story said eight former students alleged in affidavits Mr. Furlong physically abused them. The piece did not mention sexual abuse.

Mr. Furlong has denied any wrongdoing. He sued the newspaper and the freelance author of the piece, Laura Robinson. He later dropped the suit against the paper.

Ms. Robinson's lawsuit against Mr. Furlong, in which she claims his response to the story defamed her, is scheduled to go to trial in June, Mr. Hunter said. 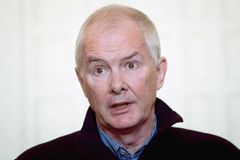 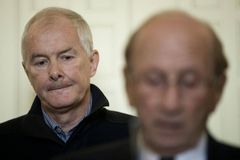 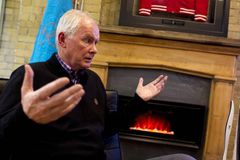