Vic Mudliar watches closely as a spinning metal wheel passes over and over the shallow tray of molded metal pieces, his eyes protected by clear plastic safety goggles as a mix of water and oil swirls around the whirling blade.

The chunks of metal in the tray are knife grinders, destined for a pulp mill somewhere in North America some day. After they have been smoothed, then dipped in a large bath of chrome-plating solution that will protect the steel underneath from the pressure of other machinery, they will leave by truck for their new life.

The guys at Hudson Plating have been doing this at the shop in Mount Pleasant’s light-industrial area for a very long time.

But they will be gone this year, one of the last to go of the metal-working shops, welding operations and steel producers that once populated this slope above Olympic Village, a change that happened slowly over the past 20 years, then suddenly sped up in the past three years, as high-tech operations rushed to get in.

The departure of Hudson Plating – and the clamour of all kinds of new businesses to locate to these industrial areas – underscores the mounting dilemma for Vancouver planners, a dilemma that is popping up in other spots in the region and other post-industrial cities: How to define an industrial use in the 21st century. 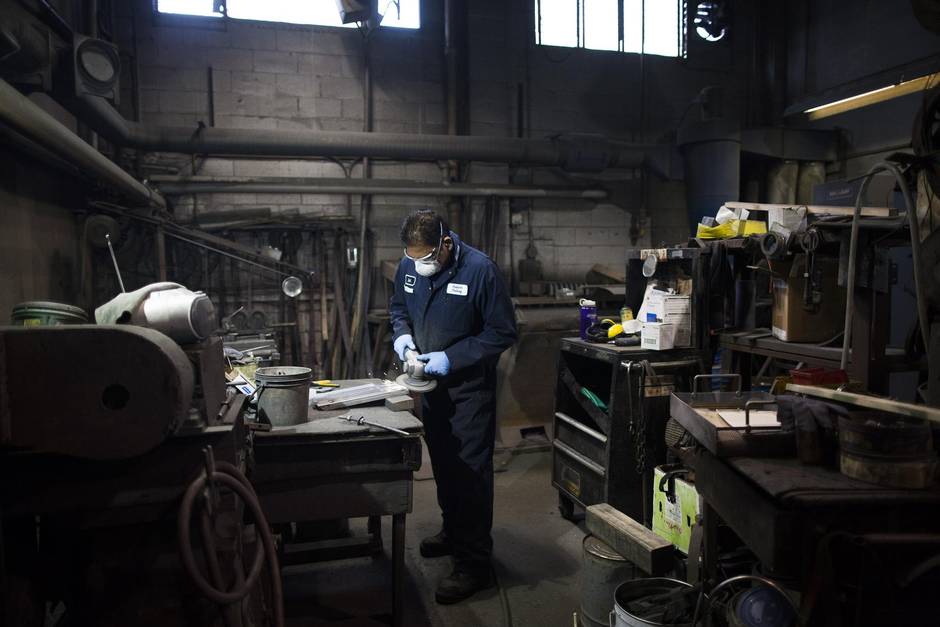 Bal Ram grinds the edge from a freshly chrome plated piece at Hudson Plating in Vancouver in January. The company is leaving the neighbourhood after 40 years. (Rafal Gerszak)

“What is industry today? Do we make rubber boots and ice? Do you see anybody forging steel?” said Ian Gillespie, the city’s powerhouse developer who recently bought an entire block in the area with Hootsuite founder and CEO Ryan Holmes. The two are planning to develop it as a campus that can act as a hub for new tech businesses.

Between Hudson, on one end of Fifth Avenue, and the potential new Hootsuite campus at the other, it is a different world from Hudson Plating’s early years.

And, most important of all, Hootsuite, Vancouver’s digital golden child, with its 700 employees and growing empire. It was Hootsuite’s move to the area in 2013 that spurred many others to pile into what they saw as a new tech hub for the city, an area that some now jokingly call Mount Pixel.

But Mr. Mudliar has been here off and on since 1977, the first job he got when he arrived from Fiji as an 18-year-old. Shipping agent Karl Kraussler standing nearby, due to retire this year, has worked at Hudson for almost 40 years. For Bob Scott, their boss, it has been 40.

“We stayed because the engineering involved in setting up a new plating shop was incredibly expensive, like two and a half or three million,” Mr. Scott said. 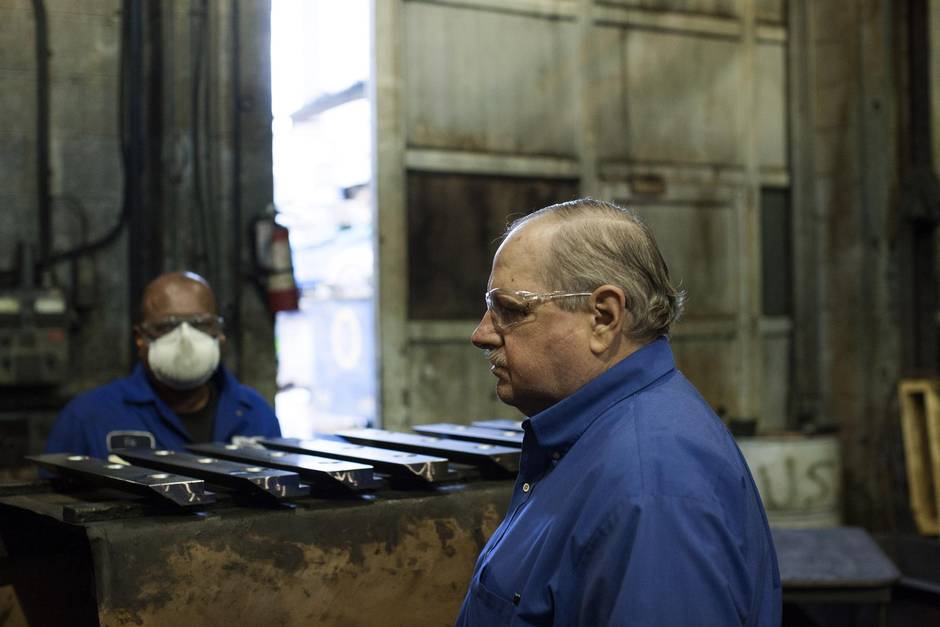 The company is being forced to move because the owners of the property the shop sits on decided to sell recently. Prices in the area have risen enough that the owners will still make a profit, even after doing the expensive, government-mandated clean-up of the chemical-soaked land.

“We have a place in Tilbury now,” said Mr. Scott, whose company brings in about $5-million a year and employs 40 people, 20 of them at the Vancouver operation.

“It was inevitable. The city has promoted the change.”

In the past few decades, many cities in the region and elsewhere blithely converted large swathes of industrial land so they could be filled with a product for which there seemed to be no end of demand: condo towers and new housing developments. That helped them avoid difficult decisions about allowing density in existing neighbourhoods.

But in the land-squeezed Lower Mainland, there’s been a resistance to those giveaways by groups concerned about preserving land for factories, warehouses, repair shops and other businesses key to the regional economy.

Mount Pleasant, an eclectic mix of early 20th-century houses, a couple of historic apartment buildings, warehouses, old factories and operations like Hudson, has been rigorously protected for industrial use as a result, and is a case in point: Almost all of it is zoned as industrial, both in city plans and in Metro Vancouver’s 2011 regional growth strategy, which introduced a strong emphasis on preserving industrial land in the Lower Mainland.

But the area – minutes from downtown and suddenly a hipster favourite for work and play – is facing huge pressure as new kinds of businesses push to get in, some of them claiming they are the contemporary version of industrial.

The Gillespie/Holmes purchase happened as city planners quietly began looking at amendments to zoning in that area that might include redefining digital, high-tech operations as allowable industrial activity. (Hootsuite is in a narrow band on the edge that allows office use.) 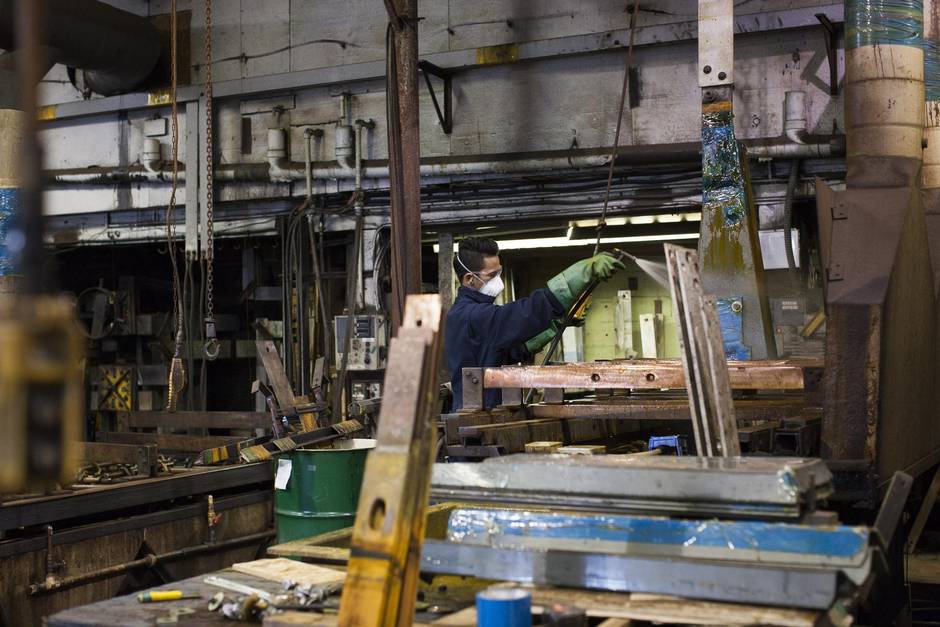 Daryl Tagabi works in the chrome plating area at Hudson Plating and Coating Ltd. in Vancouver, British Columbia, Thursday, January 28, 2016. After 40 years of business, Hudson Plating, one of the many businesses being pushed out as the area by tech companies. (Rafal Gerszak)

Those concerned about preserving space in cities for what are clearly industrial jobs – jobs that use big pieces of equipment or produce unpleasant odours and noises or have trucks pulling up or need a lot of space for production – are worried about that kind of zoning move, one that could suggest people sitting at computers are just like factory workers.

“This is percolating up as an issue around the region. We just had it in Port Coquitlam, a lawyer who asked to get a change in land use [so he could move into an industrial space,]” said Mr. Moore, also the mayor of Port Coquitlam. “I guess you can say you can manufacture law cases or tax records.”

Mr. Moore said that creates more than just a problem of taking away industrial land from real industry. He points out that many industrial areas are poorly served by transit. If offices start moving into those zones, that starts to create a traffic problem.

And if conventional businesses such as accounting firms and law offices are allowed to push into light industrial areas, that reduces the amount of space for the real light industries – and the tech companies, craft breweries and postproduction facilities that also need to be there.

Metro is convening a round table this spring to talk about some of those tensions around industrial land. 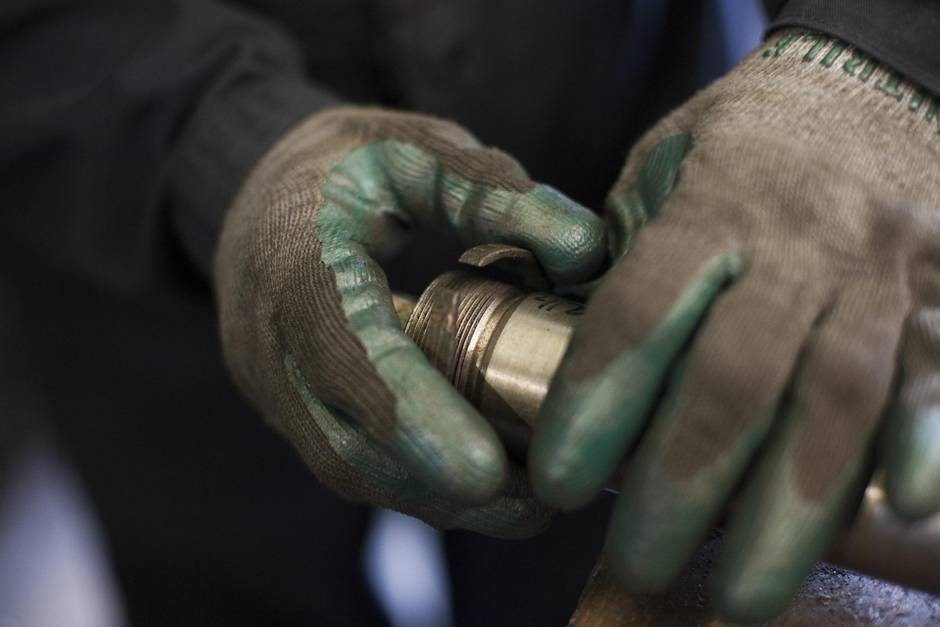 Stanley Chand measures a metal rod in preparation for the cylinder grinder at Hudson Plating and Coating Ltd. in Vancouver, British Columbia, Thursday, January 28, 2016. After 40 years of business, Hudson Plating, one of the many businesses being pushed out as the area by tech companies. (Rafal Gerszak)

Vancouver councillor Andrea Reimer, whose mayor, Gregor Robertson, has made encouraging high-tech a key part of his agenda, says sometimes people working at computers are doing manufacturing-type work. If they create a mass product – a digital video game, a social-media tool – that they put out on the market for people to buy, that is industrial.

That is different, she maintains, from people who produce law briefs or tax returns or marketing reports for specific customers. Those are services, and not industrial. That is how city zoning can differentiate, she says.

Not every business moving into the hot new Mount Pixel area (where prices have risen faster than any other industrial land in the region) demands such a hair-splitting definition.

DHX Media, which recently acquired Nerd Corps, will soon bring its 700 employees into a huge new headquarters a block from Hudson being built for them by Cressey Development.

DHX CCO Ace Fipke said the company wanted to get into the area for the same reason as many others. It wanted to be in the city’s new creative-tech hub. The area is hugely convenient for its employees, close to all the rapid-transit lines and a couple of major city bike routes. It’s a funky area. And it’s close to downtown, but not in it.

But he also points out that it requires the kinds of spaces that traditional offices do not have, which is why it needs to be in an industrial zone. The building will include sound stages, mixing theatres, editing suites and more.

“You could almost call it,” he said, “an industrial pipeline.”