For George Vanderwolf, one of the last old-time prospectors in the West, there is never a bad day to go looking for gold.

Once in a driving rainstorm he crossed the Bridge River, near his home in Lillooet, B.C., raked a load of dirt into his pan and washed it out in the grey water until all that was left was a luminous gold nugget, shaped like an eagle.

"It was one of those rare things that only happen once in a lifetime," he said. Usually he would pan extensively to find traces of gold, then use a back hoe to dig large amounts of the most promising dirt and gravel into a sluice box.

That day his lucky strike, using the pan alone, turned up a nugget that weighed about half an ounce and seemed to have been made by artististic, not geological forces. With the cold rain beating down on him and rattling off his pan, Mr. Vanderwolf, who has been hand-mining in the British Columbia mountains for 59 years, felt the sense of wonder that generations of prospectors have experienced, stretching back to the Klondike.

"A gold nugget is a miracle of nature," said the 78-year-old, who first started prospecting in 1953. "A diamond is worth more. But you get 10 diamonds and they all look the same. Every nugget is unique."

Mr. Vanderwolf said he kept that eagle-shaped nugget, because to him it is a priceless reminder of the joys of prospecting and the beauty of gold.

"Okay, so you get a few thousand dollars for it. But once the money is gone you've got nothing," he said. "I'll never sell that one."

But Mr. Vanderwolf did sell most of the gold he found over the decades. On his best day he found 14 ounces, worth about $24,000 on today's market.

Recently he sold off the last of his claims, officially retiring from the business. But he still goes out whenever he gets a chance, to show groups of school kids how prospecting is done, or to give lessons to anyone interested in learning the old ways of panning.

"I just love passing on my knowledge," he said.

Mr. Vanderwolf "married into mining," learning about the business from his father-in-law, Edwin Osterlund, and Ned Holbrook, the uncle of his wife Karen.

"Boy, if you didn't do it right, you heard about it from those guys," Mr. Vanderwolf said.

He said they taught him not only how to use a pan, but also about geology and the way gold moves through the landscape, eroding into rivers and washing downstream.

When he looks at the mountain valleys around Lillooet, about 250 kilometres northeast of Vancouver, he doesn't just see the picture-postcard scenery. He sees the geological record and thinks about where gold should be located.

Asked how often he finds gold when he goes prospecting, he said: "Always – because I know where to look."

But finding gold, he said, is not the same thing as finding a gold deposit that is rich enough to mine.

Mr. Vanderwolf said he is among the last of a dying breed, because prospectors are being replaced by technology.

"The days of a prospector with a horse, pick and shovel are gone," he said. "They digitized it. Today miners sit behind computers in Vancouver or Kelowna or wherever, looking at GPS maps. If they have to go out, they fly in a helicopter."

Although his serious days of prospecting are over, Mr. Vanderwolf still has the lure of gold in his blood.

Asked if, on a nice day, he gets the urge to go prospecting, he laughed and said: "Oh, not just on the nice days. I get that feeling every day." 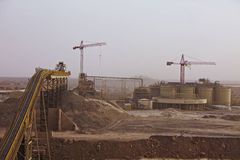 Native physician program at UBC ahead of schedule
November 13, 2012 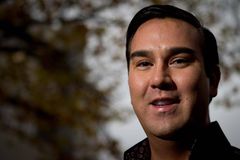 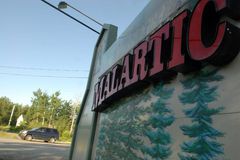