British Columbia's highest court has dismissed an appeal from Google, forcing the world's top search-engine provider to block results for the website of a clandestine company accused of violating trademarks.

The B.C. Court of Appeal dismissed Google's attempt to overturn an injunction Thursday. The case, which raises questions about the power courts can wield over the Internet, is believed to be the only one of its kind in Canada.

The case was launched by Equustek Solutions Inc., a company that sells industrial networking devices and is based near Vancouver. Equustek filed its lawsuit against Datalink Technologies Gateways Inc. in 2011, accusing the latter of relabeling its products and passing them off as its own. Equustek also accused Datalink of unlawfully acquiring confidential information and using it to manufacture a competing product, in violation of Equustek's trademarks.

Datalink, which only operates online, stopped responding to the lawsuit within a year of it being filed. A B.C. Supreme Court judge last June granted an injunction that ordered Google to stop mentioning Datalink in all of its search results.

A lawyer representing Google – which is based in California – told the Court of Appeal the injunction went beyond the lower court's jurisdiction, had an extraterritorial reach and improperly operated against Google, even though it had done nothing wrong.

The three-judge panel unanimously rejected the appeal, in which Google argued that the injunction could pave the way to similar orders in other countries.

The appeal court said that while Google does not have employees, offices or servers in British Columbia, it does target Internet users through advertising and sells advertising services to local companies. That, the ruling said, gives B.C. Supreme Court a level of jurisdiction. "I am satisfied that there was a basis, here, for giving the injunction worldwide effect," Justice Harvey Groberman wrote.

Leslie Church, a Google spokeswoman, said in an e-mail that the company is reviewing the judgment. She would not say if Google would seek leave to appeal to the Supreme Court of Canada.

Equustek referred questions to its lawyer, who did not return a call seeking comment.

Michael Geist, a University of Ottawa law professor who also holds the Canada Research Chair in Internet and E-commerce Law, said the decisions by the B.C. Supreme Court and the Court of Appeal are concerning. "I think it's troubling that we see courts and now Canadian courts joining a trend of issuing orders involving the Internet that, by design, have an impact far beyond their jurisdiction," he said in an interview.

The Court of Justice of the European Union last year ordered Google to take down certain information about private individuals if asked, in the so-called "right to be forgotten" case. That ruling only applied to Europe.

Prof. Geist said it's possible Google will seek leave to appeal to the Supreme Court of Canada in the Equustek case. "You can see the amount of interest this case generated," he said. "… I think there is a view that this represents an important case and sets a pretty important precedent in terms of the scope of these jurisdictions."

In 2012, Google had voluntarily removed some mentions of Datalink on its Canadian portal, google.ca. Equustek, however, argued that did not go far enough. It said Datalink would just set up new websites, which could again be found through the search engine. Equustek argued the majority of Datalink's sales were to purchasers outside Canada, so blocking search results in this country alone served little purpose.

Google argued the injunction opened the door to it facing restrictive orders from courts around the world, each with its own domestic law.

The appeal court was not swayed. "The plaintiffs have established, in my view, that an order limited to the google.ca search site would not be effective," the judgment said. 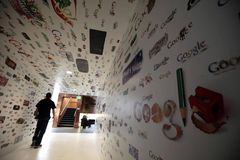 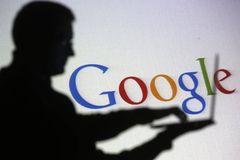 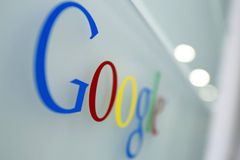