Mari McCracken has jumped back and forth between British Columbia's parallel systems of private and public health care. After a fall on her hobby farm in Langley, she faced a 12-month wait for an MRI on her badly damaged knee. She shopped around and found a private clinic in Richmond that would, for $475, do the diagnostics within a week.

The surgery she then needed would have cost $3,300 to do privately. It was beyond her means, so she opted to join the public queue - but still got her surgery a year earlier than if she had waited for a publicly funded MRI.

She's not comfortable with British Columbia's mix of private and public health care, but given a choice of an additional year of extreme pain, Ms. McCracken reluctantly chose relief.

"It's great if you have lots of money," she said. "But it is a class-based medical system, which I have a problem with."

It is troubling, and it isn't clear how often someone is able to fast-track treatment by choosing the best of both worlds. The province's mix of public and private health-care services is ad hoc and uncharted.

There are 84 private surgery and diagnostic labs doing business, and the province cannot say how much public money they collect. Nor is it especially interested in discovering how much money is flowing into those clinics from patients opting out of the public system.

This week, B.C. Liberal leadership candidate Moira Stilwell - a veteran physician - said it's time to ask some awkward questions about the present system.

"What you have is a private system growing on an ad hoc basis and a public system that is struggling under the weight of increasing costs," said Dr. Stilwell, who was first elected as a Liberal MLA in May, 2009. Members of B.C.'s Liberal government - especially most of her rivals in the leadership race - would rather not touch this politically volatile topic.

Kevin Falcon was mum - which is odd, since he wasn't shy to talk about the private health-care system when he was B.C.'s health-care minister. Just months ago, he was hinting at rationing MRIs, which would push more business toward the private clinics.

George Abbott was health minister for four years under the Liberals. Asked about Dr. Stilwell's ideas, he quickly segued into his preferred message about the need for more community health centres - termed primary care - so that patients' ailments can be treated before they end up needing more costly acute care.

"I don't see the expansion of private care as the solution to the challenges that face our system," he said in an interview. Nor is he keen to tip over any rocks to get at what is going on right now with the dual systems.

Dr. Stilwell isn't surprised at the reaction. "There is an emotional standoff where we talk about private and public care," she said. She called for a dialogue - maybe we'll call it "Yet Another Conversation on Health." But she suggested that patients should not be allowed to switch tracks between the two systems - someone who opts for private care should remain in that system.

Brian Day, the outspoken advocate for private health care who runs the Cambie Surgery Centre, said Ms. McCracken's story is far from unique. But he scoffed at Dr. Stilwell's proposal to build a wall between the private and public systems. "Just because an individual has elected to relieve their pain and suffering by going to a private centre, doesn't meant they aren't entitled to all the benefits they pay for out of their taxes."

Adrian Dix is quite happy to embrace the debate. Mr. Dix was, until late this week, the B.C. NDP opposition critic for health. (He's now busy running for his party's leadership.) He has sympathy for Ms. McCracken, and said the provincial government is to blame because it has starved the public system to the point that she was looking at a year-long wait for an MRI.

"People are faced with a difficult choice. If you have money, you can jump the queue significantly," he said. Even if they strongly support Canada's pubic health-care system, "for many people, it's impossible to wait."

The dilemma remains: People are able to access quicker treatment in the public health-care system by fast-tracking their diagnosis through the private system. Will B.C. tackle that thorny policy void? Unlikely.

Steven Lewis, an adjunct professor of health policy at the University of Calgary and at Simon Fraser University, said the reason is simple: If you asked Canadians if they think the present system is fair, in all likelihood, "the vast majority would say no." Better, from the government's standpoint, not to ask the question at all. 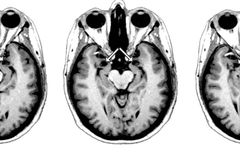 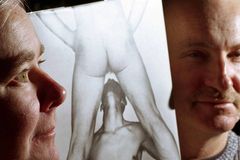 earlier
Should we let Canadians pay to jump the health care line?
November 5, 2010
Provinces brace for health-care transfer-payment showdown with Ottawa
November 7, 2010
Part 1: Is this private clinic surgeon a crusader or criminal?
November 5, 2010 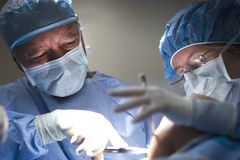 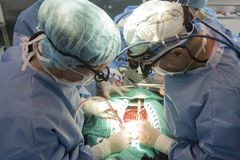