The issue is coming to light once again after murder charges were announced against a father accused of killing his wife in a house fire east of Vancouver.

The organization's work suggests women who access community services are more likely to successfully leave abusive relationships, Ms. MacDougall said, but a lack of funding has limited what they can do.

"We have only been able to scratch the surface, unfortunately," she said. "That is due to the lack of political will."

They have not been able to track a single domestic homicide where a woman has received support from a women's organization, she added.

Police were initially responding to reports of a domestic assault in Port Moody, B.C., Sunday but officers arrived to find the house in flames.

Five children were rescued from the second-storey roof. Their mother died of her injuries.

His name is not being released to protect the identity of the couples' children, ranging in age from 5 to 18. Pound said he does not have a criminal record.

Only 10 to 25 per cent of women report victimization to police, owing to many complex factors tying a woman to a relationship, she said. Instead, they tell support organizations, co-workers, family and friends.

That could change if governments fund organizations that assist women in meeting with police, navigating the legal system and obtaining housing and employment, she said.

"Women get a personalized response," she said. "They get support around safety planning, around the emotional complexities of a breakup and addressing an abusive situation in terms of ending it."

On Tuesday, several B.C. government ministers joined with police to announce the opening of a new domestic violence unit, based at the West Vancouver Police Department. The new unit is unrelated to the fatal fire in Port Moody and it is the eighth such unit in the province.

It is being established with a $100,000 grant from B.C.'s Civil Forfeiture Office and will include a variety of front-line workers, including police and victim services.

"Breaking the cycle of family violence for both victims and perpetrators requires expertise from many disciplines," Minister of Public Safety Mike Morris said in a release.

"Fear, concerns about money and housing, and other factors can undermine a victim's will to break free."

The province also said it's spending $5.5-million over three years on a domestic violence plan.

But the head of an organization that promotes women's equality through the legal system said the government has cut funding for family law legal aid in British Columbia, making it more difficult for women to access the justice system.

Currently, only about 25 hours are funded, which may only be enough for a woman to obtain a protective order, she said. Women who have moved to transition housing lack funding to keep access to their children or gain property and financial benefits from the relationship, she said.

"That doesn't help her to stay safe, that doesn't enable her to leave," Ms. Govender said.

The advocates said domestic violence tends to escalate when a woman is trying to leave a relationship. 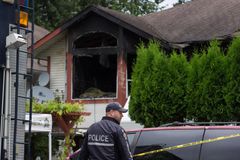 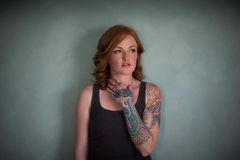