A Vancouver-based mining company is under attack for a proposal that could lead to the destruction of more than one million hectares of protected forests in a region of Sumatra known for its endangered wildlife.

East Asia Minerals Corp. denies it is behind a plan to take a swath of protected forest and reclassify it as "production forest." But a number of environmental groups, some with wide international connections, are turning up the heat on the issue, and are blaming the company for a proposed deal that would open 1.2 million hectares of jungle to mining, logging and conversion to palm-oil plantations.

Kevin Vallely, a Canadian adventurer whose expeditions have taken him to some of the wildest places on the planet, said the rain forest of northern Sumatra is an international treasure that should be protected.

"It's one of the last, massive, great tropical rain forest jungles left in the world," he said. "This jungle is utterly magnificent. You go in there and you know it's a different place. It's teeming with wildlife. Why would we want to cut down one of the world's most amazing forests?"

The area, which includes the Leuser National Park, a UNESCO world heritage site, is the only place in the world where tigers, elephants, orangutans and rhinos co-exist.

But Mr. Vallely, a North Vancouver architect who travelled through the region a few years ago, said some of the animals there – notably the endangered Sumatran rhino – are on the verge of extinction.

"There are something like 20 of them left," he said. "If this [mining and logging] starts, you know it's going to be the end of that rain-forest ecosystem … it's over, end of story."

That is the concern of a coalition of NGOs that includes Greenpeace South East Asia, Friends of the Earth Indonesia and the Sumatran Orangutan Conservation Programme, among others.

The groups became alarmed recently when East Asia Minerals Corp. put out a press release announcing that the Indonesian government "is close to accepting a proposal to open 1.2 million hectares of forest" in Aceh province.

The news release suggested the company was actively involved in formulating the plan, which would make it easier to develop its Miwah gold-mining project, on the northern tip of Sumatra.

"The company is working closely with government officials in the country and have company representatives on the ground in Aceh to obtain reclassification of the forestry zone from 'protected forest' to 'production forest,' " stated the release.

Edward Rochette, CEO of East Asia Minerals and the company spokesman on the Sumatra mining project, couldn't be immediately reached for comment.

Craig MacPhail, head of investor relations for the company, said he couldn't discuss the Miwah project or the controversy over reclassifying protected forests. But he agreed to "clarify" the wording of the release.

He said the release was simply meant as a statement by the company to update investors on developments taking place in Sumatra.

The company, he said, is not behind the plan to open the forests to development and is simply not influential enough to guide the government of Sumatra in its policy development.

"The Ministry of Forestry [in Sumatra] has suggested plans to reclassify protected forests to production forests. That's what they have done. We haven't done that," he said. "We haven't been leading a campaign to strip the forests of Indonesia … we haven't suggested it. We were informing our investor base [in the press release] … about what Aceh province had been putting forward."

Mr. MacPhail said his company would like to stay out of the argument over the future of the protected forests in Sumatra. But he admitted "it's gotten pretty hot" since the release came out last week.

It is probably going to get a lot hotter as word spreads that Sumatra's iconic rain forest is about to be put on the chopping block. 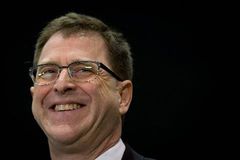 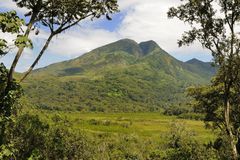