Scott Ellis does not have a problem if a person wants to pay thousands of dollars for the opportunity to shoot a B.C. grizzly bear, chop off its head for mounting and leave its rotting corpse for animals to scavenge.

"Does the bear care?" says Mr. Ellis, the executive director of the Guide Outfitters Association of B.C.

"It's already dead. Whatever you decide to do with it, he doesn't care. And in the circle of life, there are other things that will feed off of that carcass: wolves, coyotes, birds. All that meat will be absorbed into the environment by other creatures."

In the heated, often emotional debate in this province over trophy hunting, Mr. Ellis represents the interests of those who have an economic stake in the future of this practice. Like many hunters, Mr. Ellis is also an ardent conservationist. He is dead set against the hunting of any species whose existence is threatened, but the grizzly is not one of them, he says.

In an hour-long conversation, Mr. Ellis and I debated this subject. I told him I did not think the issue was whether the trophy hunting of grizzlies should be stopped because their numbers are dwindling, rather because it is simply wrong, period. How did his organization defend, on moral grounds, the practice of killing grizzlies for sport?

"We don't," Mr. Ellis told me. "We don't try to morally defend someone's personal decision. There are people who like it and some who don't. We have a free country and we have choices. But I think people have this notion that if we stop the trophy hunting of grizzlies, there will be more grizzlies."

And there might be. But again, I don't think that is the issue. For most people, the issue revolves around the ethics of what is being done. We used to hang people in the town square; we don't any more. We have ceased lots of barbaric activities as we have evolved into a civilized society. And when it comes to killing bears for sport, our revulsion was forged long before a video surfaced recently showing a grizzly being shot and tortured by a pair of sport hunters allegedly in B.C.

For what it's worth, Mr. Ellis said he, too, was offended by what he saw on that video. He said the conduct of the hunters involved was reprehensible and he agreed the negative publicity the video generated likely hurt the reputation of guide outfitters everywhere.

But, at the same time, he expressed sympathy for the circumstances in which Walter Palmer, the Minnesota dentist who killed Cecil the Lion, has found himself.

"My understanding is all of that [lion] meat gets consumed in the local community," Mr. Ellis said. "So, you know, there was this enormous outcry around Cecil, but this is a predator that eats humans around villages and the villagers celebrate when a lion dies. But it's a big deal from our arrogant or ignorant perspective that this is some kind of tragedy.

"If the guy [Mr. Palmer] broke some law, throw the book at him. But if he followed the law of that community and did what he was supposed to, then that's different."

All that said, Mr. Ellis knows political pressure is growing to end the trophy hunt in B.C. He can feel it. He can sense it. And he admits that Premier Christy Clark is likely asking herself whether the 300 grizzlies killed each year for trophy hunting is worth the hit she is taking politically for it.

Mr. Ellis even went as far as to say that people buying guide outfitting operations today should not include grizzly kills in their future profit-and-loss estimates because they likely will not be able to count on that income in the near future. "And that will be a sad day," he said.

That is quite a shocking admission. Even the head of the province's guide outfitting association can see the writing on the wall. Even he is preparing his members for the moment when they will no longer be able to rely on the income of wealthy foreigners and others who want to come into the province to kill one of our most iconic creatures just for the fun of it.

How much longer will it be before the government comes to this same realization? Right now, Ms. Clark's Liberals are shamefully behind the public's attitude on this one. 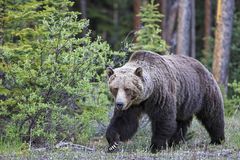 Anaheim Ducks defenceman charged with illegal grizzly bear hunt in B.C.
May 15, 2018
Follow Gary Mason on Twitter @garymasonglobe
Report an error Editorial code of conduct
Due to technical reasons, we have temporarily removed commenting from our articles. We hope to have this fixed soon. Thank you for your patience. If you are looking to give feedback on our new site, please send it along to feedback@globeandmail.com. If you want to write a letter to the editor, please forward to letters@globeandmail.com.
Comments