As the presence of private security firms grows in Vancouver neighbourhoods, civil rights groups are concerned security guards are overstepping their authority.

Pivot Legal Society held a press conference on Wednesday to announce a campaign to inform marginalized Vancouver residents of their rights when dealing with security guards. Private security firms are used throughout the city, particularly by downtown business associations. The society said it is worried some of the guards are unfairly detaining and photographing residents.

Jennifer Allen, an outreach worker in the Downtown Eastside, expressed hope that the business associations will switch to locally based security firms that understand the challenges many residents face.

"We've had many different security companies [in the area] in the last 10 years, and they have sexually exploited women and done illegal search and seizures," Ms. Allen said. "As a result of that, these women do not feel safe on their own streets, and they are less likely to go to security guards when they need help."

Pivot Legal Society is handing out thousands of cards that inform residents about security guards' powers on private and public property and provide a contact number for complaints through the Ministry of Justice.

Douglas King, a lawyer with the society, said better accountability is needed. "Ultimately, our hope is that the provincial government will step in and we'll have better regulation of guards," he said. "We need to make sure there's mandatory reporting of incidents, and we need to make sure residents feel safe."

The private security in Strathcona, an area neighbouring the Downtown Eastside, should be replaced with a community-based approach when the contract with the Strathcona Business Improvement Association is renewed, Mr. King said. "This dynamic of private security needs to stop," he said.

"Eventually, business improvement associations will realize that private security on public property is a recipe for disaster. It's only causing more conflict and harassment."

Pivot is hoping that Mission Possible, an organization that has partnered with local business associations to provide a community-based approach, will get the job.

Pivot Legal Society has raised human rights cases against private security but lacked evidence, Mr. King said. "However, we feel that we might have that now, so we're looking at the possibility of another human rights case," he said. He did not give more details.

However, businesses need to protect their property, and Strathcona is one of the most difficult jobs in Canada, said Seth Fruson, owner of Crusades Security, which started in 2005 and has more than 200 employees.

"You're dealing with quality of life issues, homelessness, mental health and drug-abuse problems, and on top of that, you're trying to support your local businesses that are actually paying for you to be there," he said. "From a business improvement association's perspective, they're looking at protecting their stores, and that's where the budget's coming from."

Vancouver Police Constable Brian Montague said private security firms can be helpful. "For the most part, private security is an extra set of eyes and ears for the public, the police, and the business," he said. "Obviously, the police can't be everywhere all the time."

There are no special agreements between security firms and the police department except at some special events, he said.

Security guards have no special powers on public property, but can conduct a citizen's arrest like anyone else. On private property, they can search a person or ask them to leave. 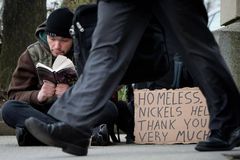 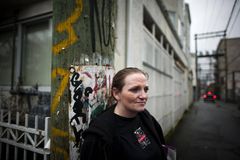 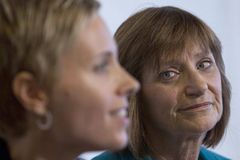