Buried for more than four decades in a backyard in Thornhill, Ont., then kept for another 40 years or so in the home of Toronto art collectors, a cache of 10 works by Group of Seven founding member J.E.H. MacDonald has been rediscovered and donated to the Vancouver Art Gallery. The artworks – including sketches for some of the artist's best-known large-scale paintings – was found stored at the back of a basement room.

"They just knew that they were Dad's paintings; they didn't understand the significance of them," Hamilton gallerist Janet McNaught said. "No one else knew they existed. No one in the art world at large."

The oils on paperboard, including studies for Mist Fantasy, Northland; The Elements; and The Tangled Garden – which was inspired by the garden of the home where the works were buried – were made between 1910 and 1922. 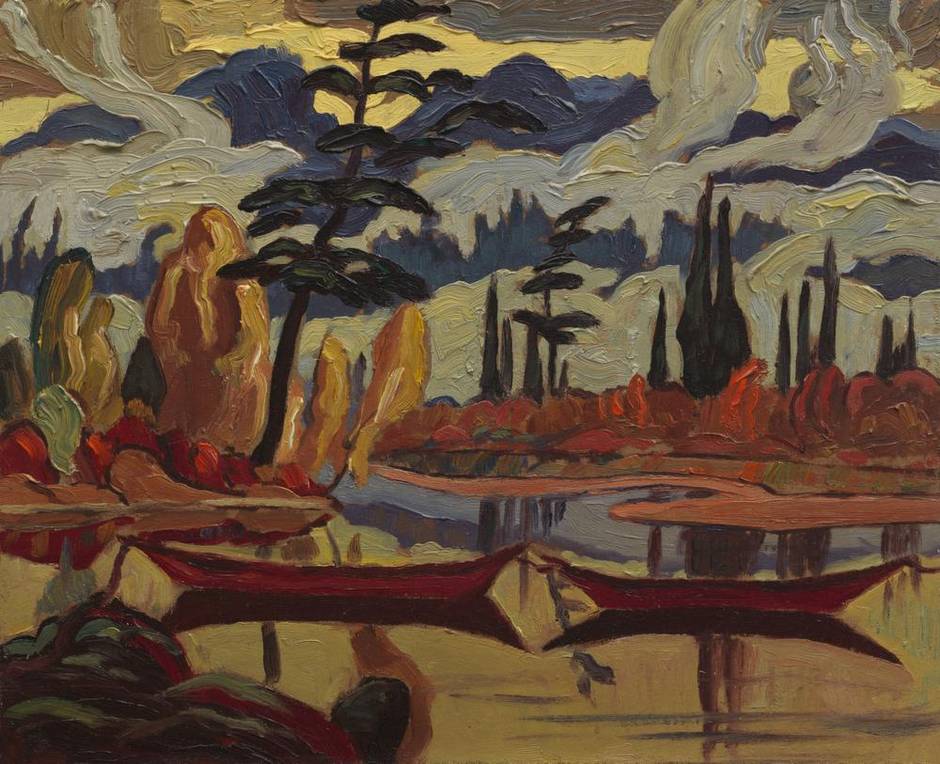 The VAG’s senior curator-historical, Ian Thom, said there was not much of a market for Group of Seven sketches in the late 1920s and early 1930s – people wanted canvases. So when the ailing artist’s doctors suggested in 1931 that he go to Barbados for his health, a lot of unsold sketches were in his Thornhill home, which at that point was fairly remote. Mr. MacDonald felt he should not leave them out in the open, so he and his son Thoreau MacDonald wrapped them in cellophane and tar paper, placed them in boxes, and buried them around the property for safekeeping.

J.E.H. MacDonald died in 1932, and the works remained buried until 1974, the year the municipality took ownership of his house. By this point, Thoreau MacDonald – also an artist – had become friends with Max Merkur, a real estate developer who was interested in the Centre Street property. Mr. MacDonald turned him down, but they enjoyed conversations about art. Mr. Merkur, who often brought food to Mr. MacDonald, visited the day the long-buried artworks were unearthed. Mr. MacDonald did not appear to be home. It was a hot day, so Mr. Merkur went to get a drink of water from the pump outside and heard unusual sounds from one of the out-buildings. When he went to investigate, he found Mr. MacDonald under the floor of the shed, digging up four boxes of art. Mr. Merkur, who was younger, helped him. 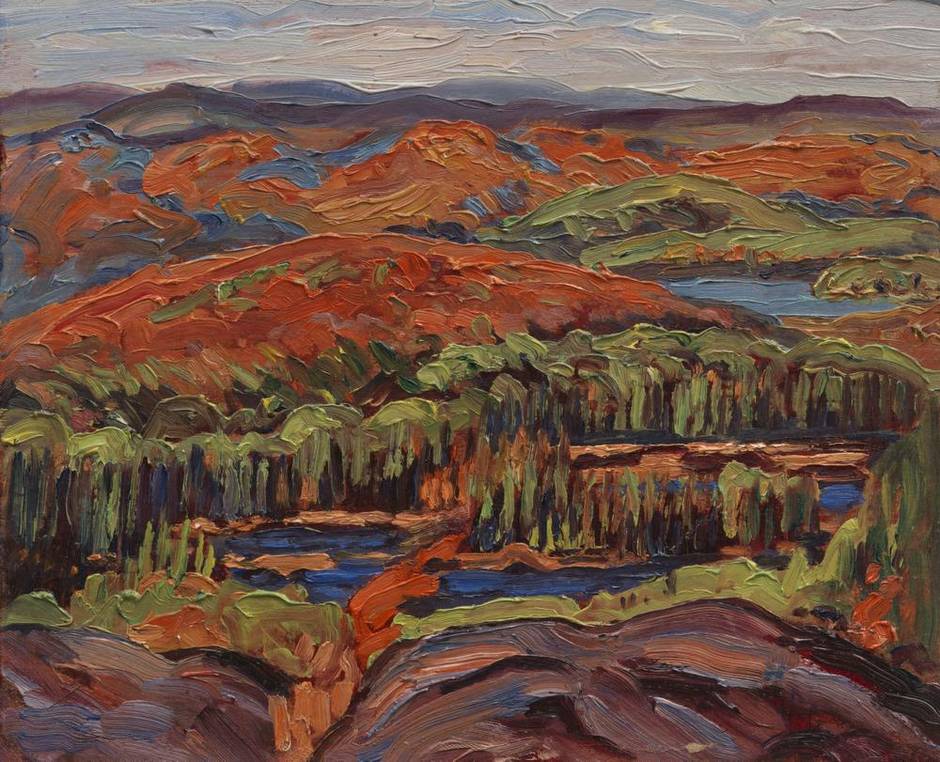 “It literally was a case of serendipity,” Mr. Thom said.

“My dad liked collecting art ... and my mum was an artist as well, so they had a real passion for art,” said Ephraim (Ephry) Merkur, who grew up surrounded by art and artists – especially members of the Group of Seven and their children. He explains that A.J. Casson was a regular at family events. “He was at all my kids’ bar mitzvahs. As a matter of fact, he gave every kid a painting for their bar mitzvah,” said Mr. Merkur, 72. Mr. Casson gave the family another gift: he advised Max Merkur to buy all of those sketches from Thoreau MacDonald, telling him they would be valuable one day.

It was not until their mother, Reta Merkur, died in 2012, a few years after her husband, that Ephry and his brother Mel Merkur learned the story of the burial of the MacDonald paintings, which they found in a locked storage room of their mother’s upscale Toronto home.

“Because Ephry had just grown up with all these paintings being around, he had no idea of the importance of these studies that were all in the basement,” said Ms. McNaught, who the Merkurs hired to curate their mother’s large collection after her death and go through her records – where she learned the details of the buried sketches.

When Mr. Thom, a leading Group of Seven expert, travelled to Ontario to see a Lawren Harris painting in the Merkur collection, Ms. McNaught showed him the MacDonald sketches.

“He was speechless, literally,” she said. 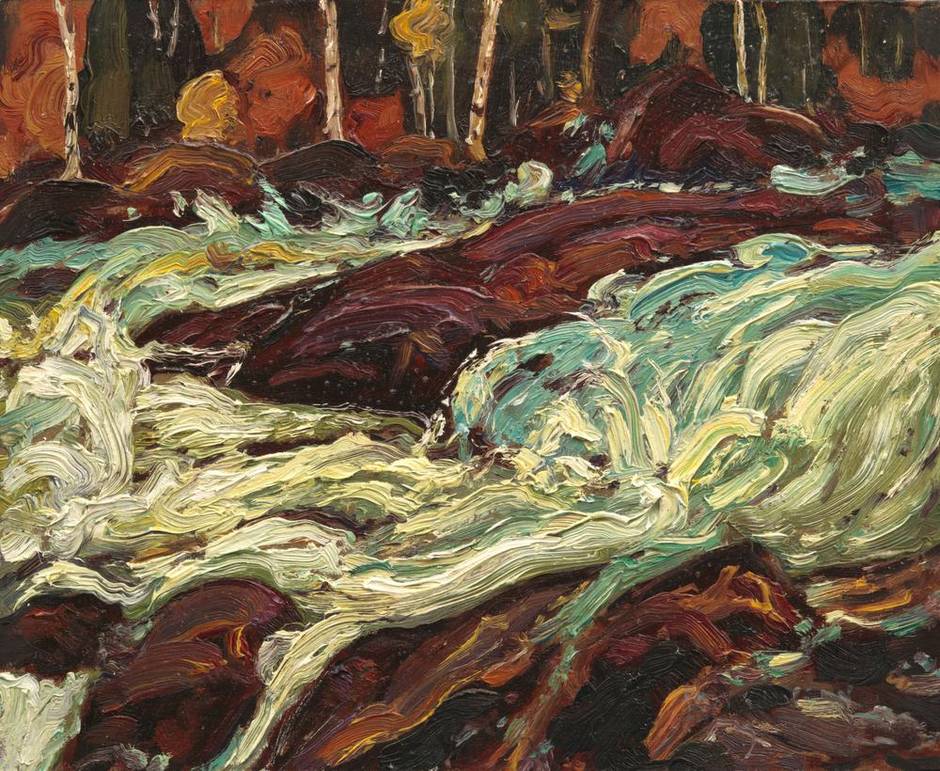 “I realized that these were sketches that related to major things in J.E.H.’s career and that I recognized hadn’t been seen before,“ Mr. Thom said.

The Merkurs offered the VAG a donation from the family collection, Mr. Thom picked the MacDonald sketches.

On Tuesday, the VAG announced the donation and that the works donated by the Merkurs would be exhibited for the first time in Vancouver this fall.

“It’s an extraordinary gift,” Mr. Thom said. “Next to the Emily Carr Trust Collection, this is the most important historical gift that’s ever been given to the Vancouver Art Gallery.”

“It’s really a great tribute to my parents. ... I’m certainly not an expert on paintings, but the paintings are critical for the understanding of the Group of Seven,” Ephry Merkur told The Globe and Mail from his office in Toronto. “As I talk, I have tears in my eyes. Because my parents really spent a lifetime being involved with these people; they loved them all.”