I set out this week with the intention of writing a little bit of satire about TransLink's rollout of the Compass Card to the general public this fall. But the truth is that I can't do better than TransLink did in its own news release, which begins – without a hint of irony – "Building on the success of Compass …"

I'm not sure by what measure the Compass Card rollout could be considered a success. It is at least two years behind its original schedule (the schedule has been a moving target) and, despite the assertion of TransLink CFO Cathy McLay that the project is on budget, the price tag is now $23-million more than the $171-million originally budgeted.

The installation of the fare gates began three years ago, and the turnstiles along with the Compass vending machines have been gathering dust ever since.

On my past few occasions riding the train, I half expected to see the machines hauled away and sold for scrap. Those machines, according to TransLink, will now be "activated in a phased manner at SkyTrain stations and SeaBus terminals."

Ms. McLay, who will become TransLink's acting CEO next week, announced the next steps for the Compass Card at a news conference on Thursday.

She also revealed that the zone-system for buses will be eliminated and that all bus riders will be charged for a single zone, regardless of how far they travel. Hoping to spin the change into something positive, TransLink has even given it a catchy name: Bus Anywhere with a One-Zone Fare. Asked what that might cost in forgone revenue, Ms. McLay said TransLink expects an increase in ridership as a result of the change. "On net, we think it will all balance out. The increased ridership will cover off any lost revenue," she said. Presumably they have run some numbers to back up that statement.

Switching all buses to one zone is an admission that the tap-in and tap-out system TransLink has sunk millions into doesn't work for buses. Riders can't be expected to tap out as they exit. But the solution – to charge multi-zone riders less – is not only inequitable, it makes little sense given the financial woes of TransLink.

Where it all becomes confusing is when riders transfer from the bus to the SkyTrain. Regardless of how many zones they have travelled by bus, they will be allowed to continue through a single zone on the train. Riders travelling through multiple zones will have to upgrade their fares.

And for now, the unfair and arbitrary zone system on SkyTrain will remain in place.

In July of 2011, when the fare gates were first announced, then-provincial minister of transportation Blair Lekstrom said the system would make it more convenient for families and commuters to travel on Metro Vancouver's transit system. "It will also enhance security and convince more people that transit is a viable and hassle-free alternative to driving," he said.

So far, that hasn't exactly panned out.

I get the challenges of trying to retrofit a large urban transit system with a new system of payment. The Expo Line stations were never designed for fare gates or turnstiles and they need to be wedged in where they'll fit. Never mind that the number of turnstiles at major stations such as Stadium-Chinatown will not be able to handle the crowds that come with events at B.C. Place and Rogers Arena. If you were near the station last weekend as Taylor Swift fans collided with people heading home from the fireworks, you know what I'm talking about.

I take no joy in the difficulty TransLink has had with trying to make the thing work.

But please, stop telling me that everything is going according to plan. It's not.

Even Cathy McLay sounded unconvinced as the words tumbled from her mouth this week, despite putting on a happy face and stepping in to the role of cheerleader.

I imagine it's getting hard to cheer for a team that never, ever wins. 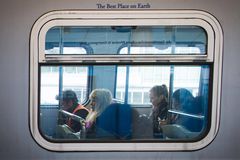 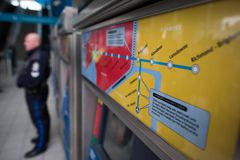