An internationally known, British Columbia-based blues musician will be reunited with his prized, unique guitar next week after storyteller Stuart McLean and more than six million other people saw the artist's online lament about losing the instrument to a thief from a baggage carousel in Chicago's O'Hare airport.

Harry Manx was heartbroken when he lost his Mohan Veena, which he describes as a cross between a sitar and a slide guitar, when he arrived for a series of concerts in the United States on Friday. He poured his loss into a Facebook post, and was stunned as fans and strangers alike offered their condolences and help in locating or replacing the guitar over the weekend.

When Chicago police phoned Mr. Manx on Tuesday morning to say they had recovered the instrument after the suspect attempted to steal more luggage, Mr. Manx was elated and credited the fast resolution to the online response.

"Some part of me was hoping, but some part of me had already given up on it," Mr. Manx said in an interview. "The detective told me [I] did the right thing getting the social media going. The mainstream media picked up on that, and that put pressure on the police to act."

"[When Mr. Manx called,] it felt like he had phoned to tell me his brother had been in a car accident or something," Mr. McLean said. "I wanted to do something to help."

Mr. McLean said it was the biggest response the Vinyl Café's Facebook page has ever mustered. Most of the page's posts reach only between 10,000 to 20,000 people.

The Mohan Veena has an arrangement of 20 strings in two parallel rows; the sitar strings of the bottom row aren't played directly, but instead resonate harmonically with the strings of the top row, which are played with a metal slide. The resulting hybrid of Western and Eastern sounds has become Mr. Manx's signature style – a blend of blues and Indian ragas. He learned to play the instrument from its inventor, Vishwa Mohan Bhatt, during a 12-year stay in India.

"It's the most magical sounding instrument," said Mr. McLean, who has featured Mr. Manx on Vinyl Café tours three times. "It sounds like Van Morrison playing the sitar. It's fantastic."

Mr. Manx is currently performing in Quebec, but will head to Chicago next Tuesday to collect the instrument. He hopes to have it in hand for his upcoming tour of B.C. in March. Although a backup is on its way from India, he's looking forward to getting back to the original, which was made by hand specifically for him.

"A lot of people were very empathetic with me and my situation here," he said. "This is really a story about the kindness of strangers because I don't know most of these people and they were willing to help out."

Mr. McLean isn't sure why people were so quick to rally around the story, but he sees it as proof of the innate goodness of people.

"It's easy [to] believe that the world is full of people who steal instruments, because that's what we hear about, but that's not the case," he said. "I think the wrong was righted for Harry just by the response. He was shown and reassured that the world is, in the deepest sense, a safe place." 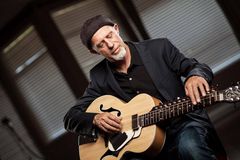 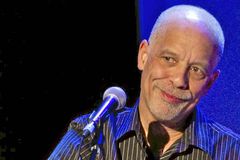 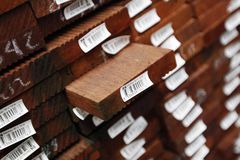