Sarah Palin is giving a speech these days that could take her a long way in contemporary U.S. politics. It's aimed at angry and disillusioned Americans who feel the country has lost its way and that government is largely responsible for the mess.

Ms. Palin has spent the last several months using a tour promoting her book Going Rogue to advertise the common-sense revolution she appears gearing up to lead. The talk she's giving has been warmly received by Tea Party audiences throughout the States. But many suspect the former Republican vice-presidential candidate will be offering her practical, down-home tips for making America great again to much more diverse crowds in the near future.

You could title the speech: Chicken Soup for the Downtrodden American Soul.

About 200 members of the upscale Bon Mot book club in Vancouver shelled out up to $500 each to hear Ms. Palin deliver a version of it on Wednesday night, followed by a question-and-answer session. One couldn't help be struck by how much more polished and coherent she sounded compared to Sarah Palin 1.0 who burst onto the U.S. national scene a couple of years ago - a woman who could give a rousing speech but stumbled when asked to think on her feet.

Gone, at least on this night, were the disjointed thoughts and sentence fragments, the malapropisms and non sequiturs that once made her the object of ridicule and gave her famous imitator, Tina Fey, ample material.

I'd met Ms. Palin once before, in Alaska, when she was the newly minted governor of the state. The woman whose hand I shook Wednesday night, however, couldn't have been more different from the novice politician I'd chatted with a few years earlier.

Today she possesses that ethereal, star-quality aura that is hard to describe and more difficult to explain. When I first got up close to her she seemed like a Madame Tussaud likeness of herself, everything was so immaculate, perfectly coiffed and almost plastic-looking. But a good plastic-looking.

In other words, there wasn't much evidence of the moose-hunting, gun-slinging frontierswoman from the wilds of Alaska.

There were, however, signs she is honing a message she thinks will be welcomed by that amorphous assemblage known as middle-class America. It is certainly one that is informed by her small-town roots in a state known for its distrust of government.

"I grew up where people believed that government can't solve your problems for you," Ms. Palin said. "Especially a government that is thousands of miles away. So you have to rely on yourself, rely on your community … learn to deal with the reality out there."

Ms. Palin told the audience she calls herself a common-sense conservative, which she described as dealing "with the world as it is."

"It's both complicated and beautiful, tragic and hopeful," she said, reading intently from a section of her speech. "I see human nature as it is, fallen but not beyond redemption. And I don't believe in utopian promises of man. In fact, I'm quite distrustful of politicians who make such promises because there really is a limit to what government can do to fix society's problems."

If politics is the art of saying nothing, then Ms. Palin should do fine in the years ahead. Her speeches these days are laden with catchy lines that are easy to remember and will resonate at many an American dinner table, but are also extremely thin on specifics and logic. While saying the country has to slay the deficit, for instance, she didn't begin to outline what she would cut while not raising taxes.

At one point she said corporations don't pay taxes - "it's always the little guy, the mom and pops who do." In the next breath she said the government needs to lower corporate tax rates to stimulate the economy. Tax cuts seem to be her most radical idea for helping the U.S. rebound from the financial morass in which it now finds itself.

The biggest disappointment of the evening was the fact she made no mention of Canada-U.S. relations in her speech. Obviously she was just delivering an iteration of the one she gives to her adoring Tea Party crowds. (Including thanking her audience at the end for "being part of the solution.")

Over all, however, Ms. Palin's speaking skills have greatly improved. In an hour on the stage there wasn't one "you betcha." She seemed like someone preparing for another campaign, one that will be waged on her terms this time. 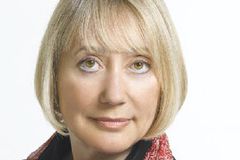 The importance of seeing Sarah Palin
May 2, 2018 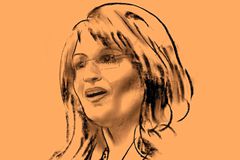 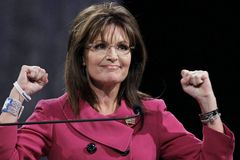