When the Alexander Street Community social-housing project was first announced in 2009, the staff at Dossier Creative were asked to sign a petition against it.

Dossier Creative and Alexander Street Community share an intersection in Vancouver's funky, up-and-coming Railtown neighbourhood. Dossier, a company that has been in Railtown for 23 years, has its office in a chic-contemporary building that was once a malodorous cannery. Its feel suits the building's tenants: clothing giant Aritzia's head office and Simon Fraser University's visual arts program. It was once home to the West Coast startup Hootsuite.

"My first awareness of the [housing] project was that there was fear and opposition to it," said Ronna Chisholm, president and co-founder of the design and branding company that has been located in Railtown for 23 years. Instead of signing the petition, Ms. Chisholm, who draws inspiration from her late mentor, the much-revered Vancouver philanthropist Milton Wong, set out in the opposite direction.

Ms. Chisholm wanted to find a way to break down social barriers between the area's young entrepreneurs and the new residents.

"I started to think, here's an opportunity. How could we change the conversation? … How could we look at these people as real people and maybe even welcome them as neighbours and what would that look like?" she said.

And so began Dossier's Hello, Neighbour! project. In July, Dossier assigned the brainstorming process to a group of design interns from Simon Fraser University. The students came up with more than 50 ideas to welcome the residents of Alexander Street Community to their neighbourhood. Ideas for barbecues, block parties and welcome packages were all tossed around. The team collaborated with Jeff West, manager of the Alexander Street Community project, and local entrepreneur/philanthropist Mark Brand.

"They've gotten ahead of the curve and are extending this welcome to the residents. I'm not sure that I've ever seen that kind of pro-active, welcoming response from neighbours around a housing project before. It's beautiful," said Mr. West.

In November, the Alexander Street Community building began taking in the 139 "hard-to-house" residents that were chosen from more than 1,300 applicants. According to the Portland Hotel Society, which manages the building, tenants were chosen based on their level of vulnerability; the more vulnerable, the more likely they were to be accepted.

On Nov. 21, as the first batch of residents moved into the Alexander Street Community building, she and a team of Dossier staff trudged across the street in the late afternoon downpour carrying heavy boxes full of housewarming gifts.

Aritzia mittens, JJ Bean coffee mugs, food tokens, novels, notebooks and pens, picture frames and quaint little stalks of bamboo in glass vases were carefully packaged in canvas bags bearing the name and logo of the Alexander Street Community building. Each tenant was given a package and a personalized hand-written card; inside the card were gift vouchers to JJ Bean, Save on Meats and a coupon for a $5 haircut.

Ms. Chisholm wanted the project to be about more than the delivery of a package; she wanted it to have a lasting impact and to create a sense of camaraderie between the residents of Alexander Street Community and businesses in the area. "When we talked with PHS, they told us, 'These folks are pretty intimidated by you. You drive to work, you're successful, you've got jobs, a home to go home to.'"

"When we wrote the cards, that's when it really hit me. We just keep calling them 'the homeless' or 'the DTES problem.' When I actually saw the names of the people moving in, that really hit home," Ms. Chisholm said.

The tenants had come from social housing or single-room occupancy buildings. A few had been couch-surfing or living on the street.

Ms. Chisholm knelt next to a resident and gave her a card. The front of the envelope read "Bobby." Wrapped in her jacket and scarf, nestled into an armchair, Bobby, who didn't want her last name used, didn't immediately make eye contact. She peeked inside the bag and pulled out her shiny new coffee mug. Ms. Chisholm, still kneeling, continued to introduce herself and ask about Bobby's day. Eventually, Bobby looked up and whispered a quiet, but gracious thank you. She went on to tell Ms. Chisholm about her previous home in the Bosman Hotel; her new apartment was much cleaner and brighter, she said.

Mr. West, who manages the Alexander Street Community building, struggled to keep his composure when he reflected on the Hello, Neighbour! initiative.

"Folks who live in social housing or supportive housing can often feel a bit like they're under a microscope and not particularly well-liked or welcomed. Even the couple of people I spoke with, I almost teared up when I was explaining it to them and I could see them doing the same."

Editors' Note: An earlier version of this story incorrectly said a man named Kevin from Newfoundland who was living at Vancouver's Alexander Street Community building died. The man who passed away was from Montreal. This version has been corrected to omit the offending paragraph. 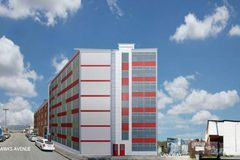 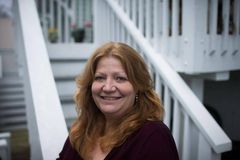 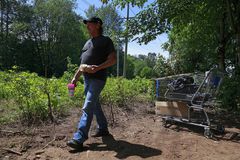