To hear Kevin McLeod describe it, the Inuvik Tuktoyaktuk Highway being built across a dramatic and challenging landscape to the Arctic Ocean is like a living thing.

It breathes, it sweats and, if its temperature rises too high, people get worried.

"The critical task for this whole thing is to keep the permafrost frozen," says Mr. McLeod, who is heading a historic construction project that for the first time will extend Canada's highway network from coast to coast to coast.

"We are tracking the temperature of the highway much like a human body," said the director of the Northwest Territories Department of Transportation. "Permafrost makes a great foundation if it remains frozen and that's our aim, to keep it as frozen as possible."

The route, which will bring both new opportunities and new social stresses to the North by opening a small, isolated community to the outside world, won't be completed until next year.

But a key milestone in the $300-million federal-territorial project was reached last week when two massive Cat 740B trucks – one coming from the North and one from the South – backed slowly together and dumped about 50 tonnes of gravel and rock on the tundra. That closed the last gap in a raised roadbed that snakes 137 kilometres from Inuvik to Tuktoyaktuk, across a landscape laced with thousands of lakes and streams.

Until now, the only way to drive to Tuk, as the hamlet with 950 residents is commonly called, has been over an ice road built each winter when the watery landscape and spongy tundra is frozen solid.

While the surface on the Tuktoyaktuk Coastal Plain thaws seasonally, the land beneath remains frozen, leaving a solid permafrost foundation on which to build.

But Mr. McLeod said in an interview that constructing a highway atop permafrost is a delicate and tricky business, with few examples to learn from anywhere in the world.

"This was ground-breaking building in terms of the location and the permafrost," he said. "I like to note this highway is kind of a 130-kilometre-long laboratory."

Rather than bulldozing the route, in traditional "cut and fill" road building, the Inuvik Tuk Highway features an elevated road bed stacked atop an insulating layer of synthetic material to keep the permafrost beneath it frozen. When the highway is completed, there will be 65 temperature sensors strung along its length.

"We are making sure if it gets warmer … that we are alerted to it," said Mr. McLeod.

As permafrost warms, it loses its load-bearing strength. Bridge piles, which are driven deep into the permafrost, are of key concern. If the temperature near them rises above minus three, a contingency plan calls for warm air to be siphoned off and cold air pumped into the ground.

Scientists and engineers from around the world are expected to visit the highway next week, in a conference to discuss the challenges of building on permafrost.

"I don't have the monopoly on brains or what the future will hold, so I'm looking to these folks to help guide me through that," Mr. McLeod.

He said heavy equipment will stop work soon because of the spring melt, but crews will be busy monitoring changes.

"In some areas, the embankment was quite moisture- or ice-rich and we'll be looking for that water to be coming out," he said. "The road is kind of sweating its water out."

Next winter, crews will lay bridge decks and complete grading, aiming for a grand opening in September or October, 2017. First proposed in 1960, when John Diefenbaker was prime minister, the project didn't get federal backing until 2009 under Prime Minister Stephen Harper, who saw it as an Arctic sovereignty statement and a road to resources. EGT Northwind Ltd., the prime contractor, began construction in 2014.

The NWT government estimates Tuk residents will benefit from reduced shipping costs of $1.5-million a year and that tourism spending will increase by $2.7-million annually. The government also hopes oil and gas work in the Beaufort Sea, which boomed in the 1970s but stalled in the mid-eighties, will be revived.

Tuktoyaktuk Mayor Darrel Nasogaluak said there was a flurry of excitement in the village recently when truck drivers Byron Thrasher and Frank Robert dumped the loads that closed the last link on the road.

"The community was looking forward to this probably for about 40 years," he said of the highway.

But not everyone is certain all the changes will be positive. In Tuk, Fay Trombley, a Sister of Charity of the Immaculate Conception, has concerns about what's coming.

"What I hear from people is that they are a little afraid of a flood of people coming in to Tuk, bringing in possibly harder drugs than we have now," she said.

Kylik Kisoun Taylor, who runs Tundra North Tours in Inuvik, is a bit anxious about what will happen when he no longer has the strategic advantage of being able to offer trips past the end of the road.

When the highway is completed, they'll be able to drive there themselves. But he says his business will adapt.

"It's not very often a new, long highway is opened up anywhere in the world," he said. "And I think the interest in getting to the end of the road and getting to dip your toe in the Arctic Ocean will be high." 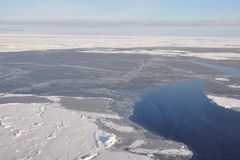 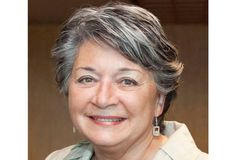 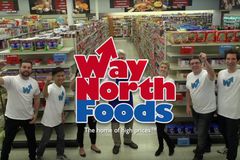