The number of new HIV diagnoses in British Columbia has steadily declined in the past decade – but not for gay and bisexual men, who have shown no meaningful decreases and accounted for nearly two-thirds of new cases in 2012, according to a new report from B.C.'s provincial health officer.

Perry Kendall released the report, co-authored with Mark Gilbert from the B.C. Centre for Disease Control, on Monday, noting a complex interaction of societal and structural drivers has resulted in gay and bisexual men carrying a disproportionate burden of HIV in B.C. These include individual factors such as sexual behaviour and HIV testing, as well as outside factors such as stigma, marginalization, poor social supports and other systemic challenges to HIV prevention.

"While there has been considerable advancement in understanding and treating HIV, and related successes in reducing HIV incidence overall in B.C., existing programs and initiatives have not resulted in meaningful reductions in HIV incidence among gay and bisexual men since the early 2000s," the report stated.

"This exposure group currently makes up the largest number and proportion of new HIV diagnoses in B.C. Renewing HIV prevention in B.C. requires working with gay and bisexual men to address the many drivers of the epidemic and making meaningful improvements in HIV prevention within this important exposure group."

A lack of appropriate health care is one significant factor. The report noted gay and bisexual men face challenges in accessing appropriate and culturally sensitive health care; in 2011, 14 per cent of gay and bisexual men stopped seeing their health-care providers "because of his or her negative attitude toward their sexual orientation." That same year, the online Sex Now survey found such men who were "out" to their care providers ranged from just 36.6 per cent (in North Fraser and Northern B.C.) to 84.8 per cent (in Vancouver's West End).

While B.C. now offers highly active antiretroviral therapy (HAART) – a treatment that can totally suppress a viral load, reducing the risk of transmission to zero – Dr. Kendall noted that some doctors have difficulty recognizing the acute phase of HIV infections. This is when viral loads, and risk of transmission, are very high.

"This is why it's for us to look at developing optimal times for routine testing and treatment in populations with a higher burden of illness," said Dr. Kendall, who presented the report at a news conference on Monday.

The report also noted that while gay and bisexual men made up 57 per cent of new HIV infections in B.C. in 2011, only 10 per cent of Canadian health research grants went to prevention for that demographic.

"We have found that routine testing has picked up more new HIV cases – including among gay and bisexual men – than any other testing strategy, including targeted testing [high-risk patients]," Dr. Daly said. This strategy has picked up infections doctors and patients might have otherwise missed due to a perception of being low-risk.

"By simply routinely testing every adult patient as part of good health care, we are far more likely to pick up undiagnosed HIV infections than by only target-testing high-risk patients," Dr. Daly said. "We have already found that that strategy has paid dividends in Vancouver. We hope to see it roll out in the rest of the province."

Closing of Vancouver hospital’s AIDS ward is symbolic of progress
May 12, 2018 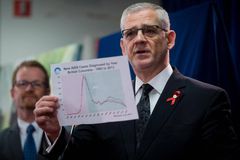 B.C. is first Canadian region to encourage routine HIV testing for adults
May 12, 2018 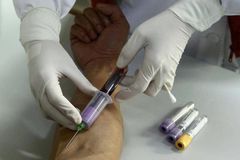 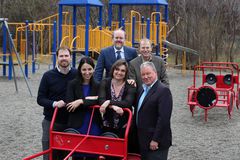 new
Man gets 11 years for failing to disclose HIV status to sex partners
May 12, 2018 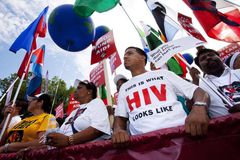