Oren Adamson received a prescription for pre-exposure prophylaxis treatment in July of last year. Also known as PrEP, the once daily pill is believed to reduce the risk of contracting HIV by more than 90 per cent.

Health Canada approved PrEP in the form of the drug Truvada last year, but it has remained too expensive for many patients at $1,000 month. It's considerably cheaper – $70 – in the United States, prompting Mr. Adamson to drive from his home in Vancouver across the border every three months to a rented mailbox to pick up his prescription.

That changed in late December when the B.C. government announced it would become the first province, as of Jan. 1, to fully fund the generic form of the drug to patients at risk of contracting HIV – a policy that has seen 600 patients enroll in the program, but, patients and doctors say, hasn't completely removed the barriers to getting the drug.

In Mr. Adamson's case, even with a Vancouver-based physician who was supportive and open to prescribing PrEP, he had to educate his doctor about the funding decision.

"I was a little surprised. It seems like the word isn't really out as much as I thought it was," said Mr. Adamson. "I see it on my Facebook, in my social group it's talked about and it's a thing, but I guess it's not everywhere."

The funding program, which is overseen by the Vancouver-based BC Centre for Excellence in HIV/AIDS, or BC-CfE, provides the drug for free to people at high risk of infection. As of Feb.15, there were 601 people enrolled in the program, with 32 requests still being processed. Of those, 60 per cent are completely new to PrEP. So far, 120 physicians in B.C. have prescribed the treatment. Dr. Julio Montaner, director of the BC-CfE, said it was a positive trend that suggests the "dear doctor letters" and educational materials sent to prescribing physicians from the BC-CfE are having an impact.

"I think this is very encouraging," said Dr. Montaner. "The number of physicians prescribing PrEP is quite substantial within six weeks of the program."

But advocates think there's still work to be done breaking down remaining barriers to access – whether those barriers are geographical or stigmatic.

"Now that cost is not a factor, it's actually getting people on the medication that's going to be the next big thing," says Jody Jollimore, executive director of the Community-Based Research Centre for Gay Men's Health. "Sometimes people think, 'Oh, there's a program, so the work is done.' What we're saying is, it's really not. For us the work is just beginning."

In order to get on PrEP, a patient first needs a doctor to approve their request and submit a form to the BC-CfE on their behalf; the patient is also sent for blood tesets.

Not every person at high risk of contracting HIV has a family physician, let alone a physician with whom they feel comfortable sharing details of their sexual activities, or their history of drug use. For people in rural parts of B.C., where more conservative attitudes prevail, this can be an even bigger challenge.

"Outside of Vancouver, 50 per cent of guys, sometimes more, are not out to their doctor," says Mr. Jollimore. "If you're not out to your doctor, how can you have a conversation about PrEP?"

According to data from the BC-CfE, 88 per cent of PrEP recipients have picked up their drugs at St. Paul's Hospital in Vancouver. Only 12 per cent have had their drugs delivered to their physician's office outside of Vancouver.

Another barrier to access is physician misinformation. Mr. Jollimore said his organization has heard from men whose prescribing physicians declined to fill out the prescription, sometimes based on uncertainty about the complexity of the process. Some people have reported physicians suggested the person cut back on "risky behaviours."

The BC-CfE says 50 applications for PrEP have been sent back for further clarification after being filled out incorrectly by the prescribing physician.

Mr. Jollimore and others are still working to help get PrEP to the people who would benefit from it.

Last week, the Community-Based Research Centre for Gay Men's Health held a "PrEP Ed" session in Vancouver, where representatives for each local health authority attended a seminar covering the basics of PrEP, patient advocacy training, how to respond to PrEP pushback and strategizing ways to practise outreach in their home communities.

The Vancouver-based YouthCO HIV & Hep C Society is also holding sessions to help young people feel more comfortable with PrEP. Young people who are curious about whether PrEP is right for them can ask questions and walk away with the requisition they need to start the initial blood work.

YouthCO is also pairing people up to visit health clinics together and working with Vancouver-based physicians to connect with prescribing doctors in remote communities.

In Prince George, 21-year-old David Schroeter was reassured when he heard about the funding for PrEP. The drug had been outside his price range, and living in a more northern city, regularly travelling to the United .States to pick up a prescription wasn't an option for him. "I was genuinely relieved and quite excited. It makes it so that I'm more sure that I'm safe," said Mr. Schroeter.

He plans to continue working with local group Empowerment Prince George to help more people in his community feel comfortable getting on PrEP.

"I'm personally quite accepting of who I am and I think that had a substantial impact on my experience in acquiring PrEP," says Mr. Schroeter. "I was able to just talk to my family physician, [an option] that I acknowledge a lot other people don't have."

Mr. Schroeter is still waiting for his medication to arrive. But he's hopeful that the conversations the PrEP program have started will combat the stigmas that still survive around HIV and preventative treatments. 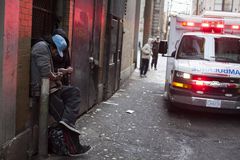 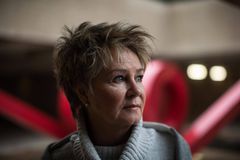