In the concentration camp, his bitterness grows. He's young, not even 20 yet. A rabbi, who has befriended him, tells him that he needs to be positive, to try and still see the beauty in the world. The rabbi is starving and soon will die.

The young man is Peter Gary, a man who went on to survive three concentration camps, including Bergen-Belsen, where he was liberated 68 years ago on Monday. The day also happens to be the Victoria resident's 89th birthday. In 1974, Mr. Gary, who has long been a student of music, began writing a musical composition that chronicled the European Jewish experience and the horrors of the Holocaust. A song called Friends is about the relationship he had with the rabbi.

The 562-page oratorio, which features two- to three-minute songs accompanied by an orchestra, has never been performed though, and for many years it remained sitting in Mr. Gary's home office. Now, nearly 40 years after composing it, Mr. Gary's project has legs. In 2012, he donated a copy of the composition to a Holocaust archival project at the University of Victoria, and next year it is slated to be performed with a full orchestra.

The song about the rabbi is the only autobiographical piece in the work, and the oratorio is largely an artistic interpretation of the Holocaust. But its development comes at a critical point in Holocaust remembrance, as many of the youngest survivors are now in their 70s.

"Our driving force in this project is to ask them, the survivors, how do they want their story to be told when they're no longer here to tell it," said Helga Thorson, the co-founder of the University of Victoria's I-Witness Holocaust Field School. "To us that's the important part of it."

Ms. Thorson says the oratorio has been taken on by Timothy Vernon, the artistic director of the Pacific Opera Victoria, and will be performed with a full orchestra on April 2, 2014.

In 1941, when Mr. Gary was just 17, he and his mother were rounded up by the Hungarian police. The police drove the two, along with a group of other Jewish residents, out into a forest. The police lined them up and fired on them. Mr. Gary hit the ground – he hadn't been hit. He lay still until the police had left. His mother, however, had been shot four times. She was dead.

Mr. Gary and the others who survived made their way to Poland. Mr. Gary ended up in the Warsaw Ghetto. He was then sent to the Majdanek concentration camp, then to Dachau and finally to Bergen-Belsen. When he was liberated in 1945, he was just 21.

"It's a surreal world of a nightmare," Mr. Gary said of his experience in the concentration camps. "When I got out, I had to relearn to cry, to feel."

He says he still has nightmares of having to take the bodies of dead children out of trucks the Nazis used as makeshift gas chambers.

Years after his liberation, while watching a musical performance, Mr. Gary said he had an epiphany: He would write a composition chronicling the Jewish experience before, during and after the Holocaust. He spent several years composing it. He called it a A Twentieth Century Passion.

"An oratorio is a very large, phenomenal music composition … Mine is the only one in the world about the life and death of six million," Mr. Gary said. "My experience is reflected through the songs of the people."

One song is about people being transported on trains to concentration camps. Another is about the total loss of material possessions once becoming a prisoner. I saw you killed my love, my wife is about a man grieving his tremendous loss. "Her smile for me a warm delight. Of all the things that were or planned, your gas – gas chambers put an end," the lyrics go.

"The songs are like brush strokes, metaphorical and symbolic," said Mr. Gary.

If it hadn't been for two University of Victoria students, Jason Michaud and Andrea van Noord, Mr. Gary's composition might have stayed in his office collecting dust forever. During a trip to central Europe with the I-Witness Holocaust Field School in 2011, the two were inspired to collect the stories of survivors living on Vancouver Island. Mr. Gary, who had been doing lectures at the university, was consulted about the project.

"We met at his home, and he just very offhandedly said 'I have this in my back room' and hauled out this huge piece of music," said Mr. Michaud. "It kind of snowballed from there."

Mr. Michaud says that at the foundation of the archival project, Building an Archive: Local Stories and Experiences of the Holocaust, is the preservation of history before survivors are gone. And while the oratorio is not a true oral history, Mr. Michaud said its importance is still immense.

"One's not more valuable than the other in my eyes," he said. "It's still completely informed by his [Mr. Gary's] experience."

Mr. Gary says one his biggest goals now is to be around to see the performance next April – one he says will likely see as many as 120 performers on stage.

"My wife tells me if I croak before then, she'll kill me," a laughing Mr. Gary said.

Opinion
Exploiting the Holocaust has become all too acceptable in Canada
March 19, 2013 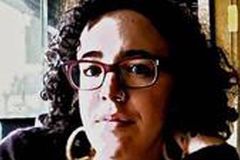 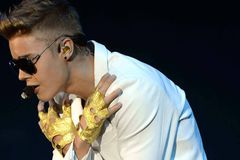 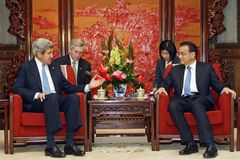