B.C. Premier Christy Clark is hinting at early HST relief for the home-building sector in next week's provincial budget even as she reluctantly sticks to a 2013 deadline for eliminating the controversial tax killed by voters in a referendum last year.

Ms. Clark raised the possibility Monday during an unusual 90-minute appearance on CKNW radio – in the same studio where she spent years as a talk-show host before returning to politics – to preview her government's agenda as MLAs return to the House this week. The legislature has been on a break since last November.

Last week, the Premier's deputy press secretary said, in an e-mail notice, that "in place of a formal throne speech" the Premier would outline her government's spring-session agenda on CKNW. Critics say Ms. Clark, who read a statement, then took questions from host Bill Good and listeners, should have done the political business in the legislature, but Ms. Clark said talk radio was the best forum for communing with voters.

"I have always believed that talk radio is a unique place where you can actually get feedback from citizens," she told reporters after signing off. "It's the town square where a politician can be held accountable in real time by real people and be required to answer questions."

Last summer, B.C. residents voted against harmonizing the 5-per-cent federal goods and services tax and 7-per-cent provincial sales tax, a year after Ms. Clark's predecessor, Gordon Campbell, combined the two as the harmonized sales tax. The 12-per-cent HST was imposed on dozens of items not previously subject to the PST, including new homes. Ms. Clark's plans would presumably offer relief ahead of the official transition, spurring job-creating activity in the housing sector.

She said B.C. will soon get a sense of her plans for such relief, ahead of a projected March, 2013, target for shifting from a harmonized sales tax back to a split between the provincial sales tax and federal goods and services tax.

"We're getting closer to some of those things," Ms. Clark told Mr. Good, who raised the issue just before opening the phone lines to callers. "We're going to have a budget pretty soon and there will be more details about some of those issues in that."

Ms. Clark said she was exasperated with the delays in eliminating the tax, but that the government has to work through the issue with Ottawa. "If I could snap my fingers and get rid of the HST tomorrow, I would do it because I want to make this transition happen as fast as I possibly can," she said.

Jock Finlayson, executive vice-president of the Business Council of British Columbia, said the B.C. Finance Ministry is working hard on the issue because the HST has been a burden on the home-building market as customers hold off purchases pending the demise of the tax.

"A lot of consumers have gone to the sidelines," he said.

Peter Simpson, president of the Greater Vancouver Home Builders' Association, said he's hoping the budget will include tax relief to help his industry survive what looks like a tough final year of the HST in B.C. "We need clarity right now on the transition rules," he said Monday.

For example, an individual thinking about buying a condo now that won't be complete until after the HST is phased out does not know if the HST will be charged. People, Mr. Simpson said, "think if they wait until the HST is gone they'll get a better deal on a new home or renovations."

The association has laid out several options for tax relief. It proposes that the province could temporarily waive the property transfer tax on new homes. Home renovations, too, could get a boost if the province brought in a home renovation tax credit.

On air Monday, Ms. Clark largely talked about ongoing government priorities, including job creation, and added her clout as Premier to her Education Minister's aversion to a wage hike for teachers, saying it was not affordable.

Without providing details, she suggested a seniors agenda and anti-bullying program for schools were also coming.

No everyone was happy that she was doing the radio gig. Opposition Leader Adrian Dix said Monday the Premier appeared to be circumventing the legislature by her radio appearance. But Ms. Clark said the government previously ruled out a new Throne Speech, saying the return of the House continues last fall's session, which included a Throne Speech. 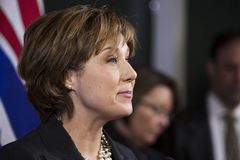 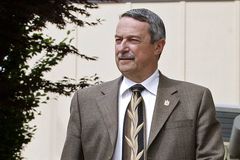