A program offering mental health treatment and a refuge for military staff, veterans and first responders struggling with post-traumatic stress disorder is being developed at a scenic river-front pasture in British Columbia's Interior.

Honour Ranch, located on the North Thompson river in Kamloops, will give a new affordable treatment option for staff struggling with the psychological disorders that can result from the trauma and stress that comes with the job.

The ranch is being launched by the Honour House Society, a suburban Vancouver based group that provides free accommodation and support to employees and their families who have to travel to British Columbia's Lower Mainland to get health care.

Allan De Genova, the founder of Honour House, said he started the facility after learning about the personal and financial challenges associated with getting health care and the complications that can arise, including suicide, when conditions go untreated.

"They give unconditionally," Mr. De Genova said. "When they need help, it just doesn't seem like they're getting it."

Having heard of many cases of first responders dying by suicide, he said developing a health and wellness facility that offered treatment for mental-health disorders became a priority.

The donation of the Kamloops pasture offers endless possibilities, Mr. De Genova said, for creating a serene getaway for teams of staff and individual veterans and first responders to participate in one-day and longer-term mental-health programs.

Susan Hunt, a clinical psychologist who researches and treats first responders, said emergency staff are about twice as likely to develop PTSD and other mental illnesses compared with the general population because of the frequent trauma they witness and experience.

While employers provide debriefing services after a traumatic event and encourage individuals to get psychiatric help if issues develop, Dr. Hunt said those based in rural communities, where specialists aren't available, are either forced to receive therapy by phone or computer or must travel to the physician.

Since Honour House opened its doors in 2010, guests have saved thousands of dollars in accommodation costs and haven't been separated from their families during treatment.

The organization has plans to expand to cities across Canada and is in the early stages of creating Honour Houses in Calgary, Winnipeg and Ottawa.

Dr. Hunt says the addition of the ranch will be an invaluable in offering accommodations and a range of therapies on site that are adaptable to each individual. The ranch can also help reduce the stigma around mental disorders that often hinders people from getting treatment.

Military veteran David Scandrett who volunteers with the peer support program, Operational Stress Injury Social Support, said accepting and discussing the mental and emotional consequences of serving is a hurdle for many of the active and retired staff he's worked with.

"It took me seven years to warm up to this," he said of his own experience joining the support group.

While treatment can vary depending on the needs of the individual and the mental health and social problems they experience, Mr. Scandrett said having programs specifically designed for military and emergency personnel makes a huge difference in helping them feel understood.

"We have all worn the uniform and had that experience and that exposure, so that there is a level of comfort there," he said.

The property for Honour Ranch is being donated by Kamloops resident Rick Wanless, who said he hopes the facility draws more awareness about PTSD.

Programs at the ranch are expected to launch in March. 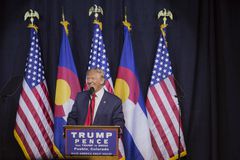 Scholarships serve as recognition for Canadian veterans with PTSD
September 11, 2016 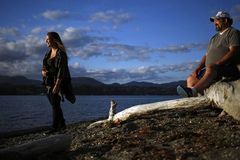 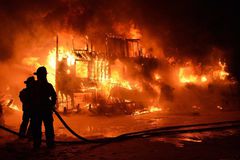