B.C. Premier John Horgan has rejected calls from his governing partner, the BC Green Party, to ban foreign ownership of real estate in the province as a measure to cool home prices and execute on promises to improve affordability.

Mr. Horgan, who leaves on Saturday for an Asian trade mission, said British Columbia will keep its doors open to new buyers around the globe, dismissing calls from the Greens to follow New Zealand's lead and restrict foreign ownership of real estate.

"We know that money raised in other parts of the world is distorting our housing market and we want to take steps to address that in the budget," Mr. Horgan said during a media availability in Victoria on Tuesday.

"I do believe we need to knock back speculation and make sure we are penalizing that behaviour in the interest of reducing demand and softening prices," he added. But the New Zealand law – which bans foreigners from buying existing residential homes – isn't appropriate for British Columbia, he said.

The Greens have agreed to support the minority NDP government on budget matters and other issues, but specific policies such as housing are not governed by the pact.

Green Party MLA Adam Olsen said a ban on foreign ownership would help curb speculation, but his party is still talking with the NDP about other housing options ahead of the budget.

"We are in a crisis situation," he said. "There needs to be a bold action taken, and the number one thing we need to do is to address real estate speculation."

The B.C. government is looking at the impact of the foreign-buyers tax, an additional transfer of 15 per cent that is currently charged on residential property sales in Metro Vancouver. That tax could be increased or expanded. As well, the NDP promised in the 2017 election campaign to impose a 2-per-cent levy on absentee owners, as a speculative real estate investment tax.

The Premier said his government's commitment to tackling affordability will also affect plans to pay for transit in the Lower Mainland.

An independent commission is urging the Mayors' Council and the region's transit authority, TransLink, to impose "congestion-point" charges to help pay for transit initiatives and curb traffic congestion. Under the road-pricing system, drivers would be charged for travelling past certain points where bottlenecks are a problem.

It would mean drivers in the Lower Mainland could find themselves paying something akin to tolls on some roadways and bridges – after Mr. Horgan's NDP government eliminated the tolls on the Port Mann and Golden Ears bridges.

The Premier said he won't rule out such a new tolling system, but he said whatever the mayors propose, it will have to fit in his government's affordability agenda.

"I want to see what they come back with and how it fits with our affordability plan for British Columbians," he said, noting that Metro Vancouver is one of Canada's most expensive jurisdictions. The affordability commitments were a central part of the NDP's election platform last spring that saw them pick up enough seats in Metro Vancouver to form a minority government.

He said his government's action on eliminating tolls does not preclude some kind of new tolls as part of the mayors' funding proposal.

"The tolls we removed were in one part of the Lower Mainland and were unique in British Columbia, and it was the fairness question we raised in the election campaign. … What the mayors come back with is speculation at this point." He would not say if he would overrule the mayors. "I don't want to see inconsistent policies come forward from other jurisdictions."

The NDP's affordability commitments also included a promise to freeze BC Hydro rates this year. But the Premier said on Tuesday that he is re-thinking the blanket freeze as a solution to tackling the high cost of living in some parts of B.C.

"On the rate freeze, it was a commitment we made during the election campaign, and we've asked Hydro to apply [to its regulator] for a zero per cent increase and we'll see how that unfolds," he said.

"I'm now more convinced than ever that the better course of action on affordability is not blanket reductions or freezes, but targeted relief to those that can best benefit."

He said he has asked BC Hydro officials to look at how to provide so-called lifeline rates for low-income earners who are struggling with rising electricity costs. 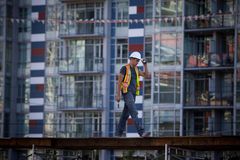