The human rights, health and social challenges experienced by people with changed or changing gender identities stepped beyond the activism of a few to become mainstream policy debates of governments, schools and health institutions in 2015.

Her father had just passed away and, according to tradition, the eldest son would lead the funeral procession. Dressed in white pants and a white collared shirt, Kira walked in front of the coffin, leading the family to her father's gravesite, an enlarged photograph of the late Kau Dang Yee in her hands.

"I was supposed to be the oldest son," she says. "All my relatives were there, and they saw me as James. They didn't know."

It was 2010 and Kira, a transgender woman who had spent 44 years living as a man named James, knew she could not continue to perform that role for much longer. The death of her father marked her own rebirth as Kira.

"That [ceremony] was like my final job," she says. "Once the funeral was over, my desire to come out was there."

Kira had spent years struggling to understand and accept herself.

"There was always a feminine side of me, but it was something I was afraid to explore," she says. "It wasn't something I would be proud of, especially when you're in an Asian traditional family."

The child of Chinese immigrants, Kira says her ethnic background has always been an important part of her identity but one that at times feels in conflict with her gender identity.

Growing up, she was enrolled in Saturday classes at the Chinese Public School Society in Strathcona, where she studied Cantonese. She and her siblings often went with their grandmother to the cinema in Chinatown, especially when Bruce Lee or Shaolin martial arts movies were on the marquee.

Money was tight, but Kira's mother wanted each of her five children to grow up with at least some exposure to Chinese culture and education.

"I was the apple of my mom's eye," Kira says. "Each time my mom would introduce me – as her 'son' – she'd be very proud and beam because I could speak the right language, I knew what to say. I can greet people and do the customs."

Kira worked hard to mask any perceived femininity in her personality, but privately she enjoyed trying on her mother's clothes.

"Being the oldest 'son,' I had responsibilities, had to be a role model for all my younger siblings," she says. "There was pressure there to 'do the right thing.'"

For Kira, living as a heterosexual man, doing the right thing meant having a wife and children; it meant going to college and getting a good job. She did all of these things but continued to cross-dress in secret, often wearing women's lingerie under men's clothing when going to work.

"I guess I'm not embarrassed to admit that now, but that's what I used to do to satisfy the feminine side of my identity," she says. "It made me feel good inside, so then it sort of helped me do my job."

Everything started to change in 2004. Kira's wife discovered her hidden supply of women's clothing and undergarments and left Kira, threatening to take their children and move to Thailand, her home country. That didn't happen, but it was the start of a stressful, complicated chapter in her life. She was later in a car accident that left her permanently injured and unable to work.

She began attending meetings of the Cornbury Society, a support group for heterosexual cross-dressers. It's now open to all genders. Kira quickly realized that a man who enjoys wearing women's clothing is not the same as a woman born in the wrong body. Not the same as her.

Tori Phillips, a friend from the society, remembers Kira's first few years and how she feared someone discovering who she really was.

"She was very timid and very concerned about people – her neighbours, her family," says Ms. Phillips, who gently encouraged Kira to think about living openly.

After the death of her father, Kira began taking what she describes as baby steps to come out. Ms. Phillips introduced her to volunteer opportunities where she could safely present as a woman, such as a hot supper program in Mount Pleasant, where she still helps out.

Kira is on speaking terms with only one of her siblings, her youngest brother, Henry, who says there has never been any discussion within the family about Kira's transition. It's taboo.

Henry isn't surprised Kira waited until after their father's death to begin living openly as a woman.

"He definitely wouldn't have approved," he says.

For Kira, transitioning also meant changing physically. She went to her doctor and asked to begin hormone replacement therapy using progesterone. He refused and Kira felt afterward as though she'd been written off.

"It's very disturbing that sometimes they don't like the fact that you're trans, [they assume] there must be something wrong with you. By default. That you should be taking anti-depressants, anti-anxiety medication, sometimes even anti-psychotics," she says. "That doctor automatically started prescribing me all this stuff without addressing any of the problems at home, with me, with counselling or anything."

Although any general practitioner or family physician in B.C. can provide hormone readiness assessments for transgender patients, many doctors mistakenly believe that only a specialist can prescribe gender-affirming hormones.

Kira turned to her transgender friends for advice, and they recommended the name of an endocrinologist.

She began taking a testosterone-blocker called spironolactone and wearing estrogen patches, which together lower a person's testosterone to average female levels.

She says that while surgery is not a necessary part of every transition, the expectation to undergo it is prevalent in mainstream society. Even other transgender people can add to that pressure.

"They'll always be bugging you, 'Have you got your surgery yet? When are you going to do it?' because they've done it, so they're expecting you to come along and join them."

For Kira, who has been living on social assistance since her car accident, the costs associated with any surgery are too great an obstacle for her right now.

She says Caitlyn Jenner's Vanity Fair photo shoot earlier this year left her with mixed emotions because of the way it highlighted the former Olympian's wealth and privilege.

"She [looks] fabulous," Kira says. "But I'm a bit angry and jealous because she can afford to do the stuff that I want to do. … The average trans person can't afford that."

Kira plans to undergo sex-reassignment surgery eventually but is in no rush. She hopes one day to be able to work again and save enough money for surgery at a clinic in Thailand.

In the meantime, she says there are many other important aspects of her transition, like what it means to be transgender and Asian. She says that judgment comes from people in all walks of life, but especially within what she describes broadly as the "Asian community."

"You constantly get the ugly, dirty looks. … The acceptance level isn't there yet," she says. "I still go shopping in Asian markets, Asian stores. I go to Asian restaurants. They can stare all they want. I'm leading my life." 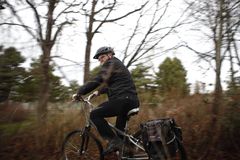 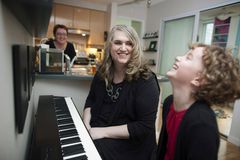 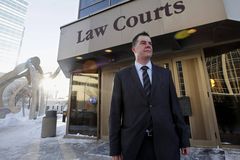