In the wake of the 1996 election, British Columbia's New Democratic Party government found itself in a financial bind: After promising voters a balanced budget, the post-election hangover revealed a massive revenue shortfall. The NDP needed more than a teensy bit of wriggle room – they needed a large injection of cash.

A solution was laid out early in 1997, but it would tear the fabric of the NDP caucus and provoke a backlash from the public and local governments. The New Democrats sought to overhaul the province's gambling operations, which at that point yielded the lowest revenues in the country. The B.C. Lottery Corporation would not break the $1-billion sales mark for several years.

The B.C. Liberal opposition expressed horror about the planned expansion that would see new Vegas-style casinos and the installation of thousands of electronic gambling machines.

But it is the Liberal government that has taken the gambling industry to near-saturation levels. Expansion may soon taper off, only because there is little room in the market for more.

This year, the BCLC will harvest an estimated $2.7-billion from British Columbians who hope to beat the odds and hit the jackpot. That means a record $1.12-billion in gambling profits set to flow to the B.C. government this year, roughly a 5-per-cent increase over last year.

Like the NDP, the Liberal government has faced opposition throughout its 12 years of gambling expansion – from the public, from local governments and sometimes from its own benches.

"Children may die and their blood will be on the heads of the government that expanded gambling and of the MLAs who voted for it," thundered Liberal gambling critic Kevin Krueger, back when the NDP were pursuing growth.

That commentary was especially painful for Tim Stevenson, now a Vancouver city councillor, who was at the time a New Democratic MLA. Mr. Stevenson shared the concern that more access to gambling would result in hardship for families. He decided to go public with his opposition.

"I hadn't been in politics very long. It was a big emotional decision. I knew this could end my political career fairly quickly," he recalled in a recent interview. He remembers approaching then-premier Glen Clark at a Helijet terminal to warn him that he was going to speak out. "I said, 'I am sorry I can't go with the party on this.' He was very gracious – of course he also knew he had the majority of votes in caucus."

But that would change. By 1999, just as the province's first destination casino opened, Mr. Clark was forced out over a gambling scandal (he was later acquitted of breach of trust). Battered on all sides, some in the NDP declared it was time to "get the hell out" of the business.

The Liberals have never slowed down, however.

Mr. Krueger has watched as his Liberal government, taking power in 2001 on a promise to end gambling expansion, has steadily increased its profits from gambling – almost doubling the size of the annual pot it inherited from the NDP. It has expanded into the online world with casino-style Internet gambling. Now, the dangers of addictions that the Kamloops-South Thompson MLA had warned of lurk on the home computer, tablet or smartphone.

The Liberals proved to be no more immune to temptation than the NDP, but their commitment to voters was explicit.

This was in their first Throne Speech in 2002: "My government vowed to stop the expansion of gambling that has increased gambling addiction in our province and put new strains on families."

It was a pledge Mr. Krueger firmly backed. Even today, he will wander through a casino on occasion just to confirm his convictions. What he sees, he says, are unhappy faces.

"I would rather they were spending their money on food and education and good things for their children, quite frankly. I wouldn't want anyone to say I was comfortable with it."

The gambling minister who has presided over the Liberals' strategy of expansion, Rich Coleman, makes no apologies for backtracking on the party's promise, but he says now, there really isn't much more room for growth.

"It's pretty mature now. I think it's been a successful piece of work," he said in an interview. "When I got the file in 2001, we had a number of facilities that nobody would be particularly proud of – they were smoke-filled, with low ceilings, some had slots but most didn't."

Today, the landscape includes modern casinos, but new proposals are not being entertained. The only two outstanding issues are the relocation plans facing Surrey and Vancouver. Once those are resolved, "I would say, no more. You are done."

On May 14, voters may return the NDP to power. Facing a tight fiscal reality not unlike 1996, the New Democrats have no plans to get the hell out of the business. Spencer Chandra Herbert, the NDP gambling critic, would like to restore his party's social contract, which was to ensure that a third of revenues are turned over to charities.

But he said there is no going back. "We need the revenue," he said. "You can't turn your nose up at it."

BCLC assumes responsibility for table games in casinos, making it responsible for all casino gaming in B.C.

How Vancouver and Surrey lost high-profile casino bids in the past two years
March 3, 2013 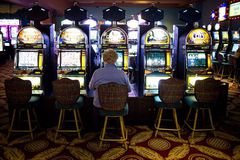 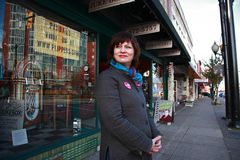 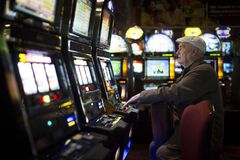 The tipster, the police and the unpaid reward
March 1, 2013 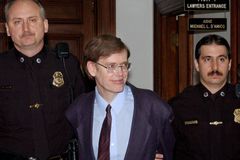