As a wife and mother of two, Richmond resident Cecilia Point never pictured herself as an activist. But when news broke in January that human remains had been discovered at a condominium construction site in south Vancouver, the Musqueam band member says she felt spurred to action.

The Marpole Midden site on Southwest Marine Drive was an ancestral burial ground dating back thousands of years, the band says, and the continuing protests are not just over property but to ensure their ancestors' remains are respected.

The site consists of three separate pieces of land. In June, the B.C. government paid the Musqueam almost $5-million for one piece; last week, it announced it would offer another $12-million for the remaining two so the band could purchase them and prevent construction.

Ms. Point, a former aboriginal tourism development coordinator for Tourism BC, has been at the site every day since the first major action on May 3, becoming an oft-quoted spokeswoman for the band. She spoke with The Globe and Mail over the weekend, as the protest passed the 100-day mark.

Of the members of the public you've spoken with, what has been the general reaction to what's happening at the site?

John Q. Public is horrified at what's happening here. It's probably because this is the first time this has happened in a major centre. That's why there's more of a spotlight on it. People walk by and drive by constantly, and sometimes they'll just stop and yell out their car window, "Hey, what's going on here?" When we tell them, they're horrified. They're like, "How could they do that to burial grounds?"

What are you hoping to accomplish with your daily presence at the site?

Talk to people. It really is that face-to-face interaction that brings people on side. Standing out on a protest line is something I really never thought I would do but I seriously can't believe that my children, in this day and age, I have to explain this kind of thing to them. I really had to come to the front here.

Why did you leave Tourism BC?

Initially I took a leave of absence and then I quit, because I'm down here all the time. Now I'm doing a little bookkeeping part-time for a few companies so I can be down here. I was actually quite happy [at Tourism BC] but when it was absorbed into the Ministry of Tourism ... it wasn't fun any more. It just wasn't a good fit for me any more.

What are some of the aboriginal tourist attractions you would recommend?

I'd recommend Takaya Tours, which is owned by the Tsleil-Waututh Nation. Anyone can go and get in a canoe and be treated to an aboriginal tour of Deep Cove and hear the stories. In the Lower Mainland, I'd recommend that and having some aboriginal food. Salmon n' Bannock [on West Broadway] has aboriginal food and aboriginal entertainment. I really just want people to come and get to know us. People seem to be kind of afraid of us.

You attended Minister of Aboriginal Relations Mary Polak's $12-million announcement last week. How did that go?

It was big of her: A few of us went down to watch her announcement and she did invite us in to the government office there for a short meeting to answer our questions. Truly, she didn't say anything more to us than she said to the press but we got to deliver our messages, at least, and my message was to protect first nations burial sites. 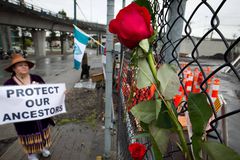 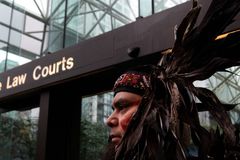 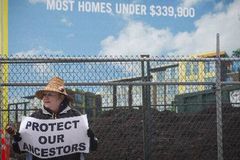 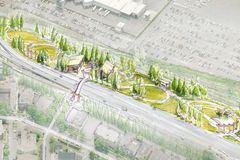 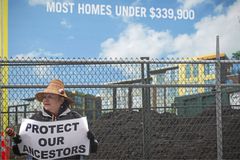