A man wielding a knife threatens to kill passersby, another man says he'll burn down an apartment building and kill everyone inside, and a third man is taken to hospital after trying to throw himself off a bridge for the second time in one night.

The incidents happened within one week last month, and Vancouver Police say they're part of the shocking statistics that show a dramatic spike in such scenarios over three years involving the mentally ill and their subsequent contact with law enforcement and the city's hospitals.

Police say 21 per cent of their calls involve someone who is mentally ill, and apprehensions under the Mental Health Act have risen 16 per cent between 2010 and 2012.

Rising drug use and a lack of safe housing are major factors in the problem that is overwhelming limited resources, experts say.

St. Paul's Hospital, which sees most of Vancouver's psychiatric emergencies because of its proximity to the impoverished Downtown Eastside, has seen a 43-per-cent increase in people with severe mental health issues during the past three years, police say.

A recent review of the hospital's emergency department suggests that increased use of amphetamines, such as crystal meth and ecstasy, may help explain the increase in mental health patients.

"There is this interesting trend towards what appears to be increased drug-related [emergency room] visits, and drug-related psychosis," said Dr. Eric Grafstein, regional head of emergency medicine with Vancouver Coastal Health and Providence Health Care.

Amphetamine-related cases have quadrupled since 2008, and the number of people coming in with psychosis have also risen significantly, he said.

Dr. Grafstein's data do not explore the reason behind the dramatic surge.

But forensic psychiatrist Shabehram Lohrasbe believes the gradual closing over the last two decades of Riverview Hospital, a mental health facility in suburban Vancouver, plus the simultaneous "explosion of drug use" could have created the perfect storm.

"The mentally disordered are prime targets for the drug trade," he said.

"We dump these people on the streets, but even if they're provided housing, they're still very vulnerable to predators, particularly within the drug trade. So the constant battle is not only to keep them on their prescribed medications, but to keep them away from drugs."

Dr. Lohrasbe said health officials probably did not anticipate deinstitutionalization followed by increased drug use when the government decided to close down Riverview in favour of community-based care.

Prior to the 1980s, drugs were relatively expensive and unavailable. But now, even people on social assistance can afford to get their fix from drugs such as crystal meth and crack cocaine, Dr. Lohrasbe said.

"When most mentally ill people are housed in the downtown core areas of cities, inevitably they're rubbing shoulders with the drug industry... and the ready escape of a high and oblivion, they're much more vulnerable to that."

The challenge, Dr. Lohrasbe said, is finding a way to ease the mentally ill into the community, but not allow them to have access to people such as drug dealers, who are detrimental to their health.

Drug problems are pervasive in many large communities, but in a city like Vancouver, where dial-a-dope is a "five-minute delivery" that is "faster than pizza," it is especially hard to prevent people from using illegal substances, said Darrell Burnham of Coast Mental Health.

Stimulant users in particular are more likely to be excluded from the community, and therefore less able to access treatment than people who use narcotics or depressants, he said.

"Because of the nature of the drugs, particularly if they're stimulants, they often become unwelcome in community places because they can be more erratic and harder to manage and less in control of their behaviour," he said.

Mr. Burnham said people who use stimulants tend to experience dramatic mood swings, and their behaviour can be more unstable or explosive, even violent.

Some studies have also suggested that amphetamine can permanently impair the brain.

"With, say, someone with schizophrenia ... that kind of break with reality is generally very short lived, so you can manage and treat that, and often for many people, they don't have psychotic experiences at all for many, many years," Mr. Burnham said.

"But with these drugs, you may end up with almost a constant state of psychosis, and that's not treatable in the same way because there's actually permanent brain damage happening."

At a roundtable discussion on mental health and addictions last month, the City of Vancouver estimated about 70 per cent of the city's homeless or single-room occupancy residents are seriously addicted and/or seriously mentally ill. Many also have brain injuries due to physical trauma, medical causes, or drugs.

A 100-bed facility in Burnaby currently offers treatment to people who are both mentally ill and suffer from substance abuse.

However, an affiliated pilot project that provided supportive housing for people with mental health, addiction, and chronic diseases was shut down last year.

The program operated out of Riverview Hospital, which closed down at the same time.

A number of municipalities across the Lower Mainland have recently called on the province to re-open the institution, but Mr. Burnham said he does not believe Riverview's closing can fully explain nor help the mental health crisis witnessed on Vancouver's streets.

"Riverview has been in the process of closing for over 20 years," he said.

"If there was a specialized facility on Riverview grounds for this population it would be beneficial, but I don't think the closure of Riverview had anything to do with [the increase in the number of incidents involving people with mental illnesses]. Most of the people who left Riverview in the last 10 years went to purpose-built new facilities that were appropriate for their needs."

A three-year, cross-Canada supportive housing program called At Home/Chez-Soi, funded by the federal government, had housed homeless people with mental illnesses and addiction, but it also ended last March.

While Coast Mental Health, which participated in At Home/Chez-Soi, has not formally tracked the people who transitioned out of the program, Mr. Burnham said some of them probably ended up back on the streets.

"The most important thing when managing seriously mentally ill people is safe, secure housing," Dr. Lohrasbe said. "If you can guarantee that, everything else follows."

A five-point plan announced by Vancouver's mayor and the police chief includes calls for an additional 300 long-term, mental-health treatment beds, the establishment of a crisis centre, and more housing facilities to help the mentally ill. 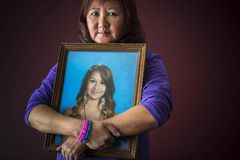