Carmen Aguirre's Something Fierce: Memoirs of a Revolutionary Daughter won CBC's Canada Reads competition in 2012, planting the book on the bestsellers list, where it had a good, long run. But the memoir – about growing up in the Chilean resistance movement – was published by Douglas & McIntyre, and when D&M filed for creditor protection a few months later, Ms. Aguirre was owed $59,521. She never saw any of it.

Next week, a group of people who worked with her on the book will hold a fundraiser for Ms. Aguirre, who lives in East Vancouver with her seven-year-old son, and is also a playwright and actor. (Her one-woman show Blue Box will be at The Arts Club's Revue Stage this fall.)

The year 2012 started on a high note – other than being called a terrorist by a Canada Reads panelist, you won. What was the impact on your book sales?

On the first day, within the first five minutes of the [competition], when I was called a terrorist, it went to No. 1 on Amazon and it stayed at No. 1 for a very long time. So it was amazing. I came out of nowhere in the literary world; it was my first book, nobody had any clue who I was. And the book had not done well when it was published in 2011.

Were you getting any royalty cheques?

No. I never got a penny. I remember calling Douglas & McIntyre and asking about it, and they said the cheque was coming that October.

How did you find out about the bankruptcy?

The day that I was expecting the cheque for $60,000 – and I'm a single mother and I had planned the next two years of my financial life around that cheque – instead of getting the cheque, I got an e-mail saying that they had filed for bankruptcy protection. I went numb. I had no idea that that was coming. Because the week before, I had phoned and said, "So is the cheque coming?" And they were like, "Yes, it's coming on Monday." And that Monday I got the e-mail. Then I kind of went into denial and I was like, "No, no, this doesn't affect me at all. They said the cheque was coming, so this has nothing to do with me and my cheque." About two weeks later, I took myself to the doctor because I kept having chest pains. I was like, "Oh my God, what if I die of a heart attack? This would be horrible." So I did go to the doctor, and he said no, it's just anxiety. And he said, "Is there any stress in your life?" I was in denial about it for a long time. I kept thinking, "No, no, they'll figure it out, it's going to come." I got a lawyer. And it never came. I have never seen royalties and I never will.

Have you received payment for subsequent sales?

Harbour [Publishing] took it on, and they continue to sell the copies that were left. So I have certainly gotten some royalties from them. And now Random House has reissued it with a new cover and a new afterword. But the bulk of the sales were in 2012, obviously.

What impact has this had on your life? What were those plans for the next two years?

I write, I act, those are my two sources of income. So to keep doing what I'm doing and to not worry about money for two years would have been great. I keep my overhead very, very low. I live in a one-bedroom basement suite with my son in order to do what I do. And I've always wanted to take my son, who's seven, to Chile for a long period of time. I thought I could use the money for that possibly. Also the amount of work that that book took. There is no price tag that you can put on the risk I took to tell that story.

Have you been able to deal with the emotional havoc and move on?

As an artist, I'm very used to those kinds of ups and downs. For example, that year, 2012, that happened. At the same time, I had been a series regular on Endgame, and the second season was cancelled at the last minute. And then I was set to play the lead role in the opening play at the Vancouver Playhouse, and they went bankrupt. So those three major sources of income fell through that year. The irony, of course, is that, that year, people thought I was rolling in the dough because the book was on the bestseller list for six months and there was so much publicity. [Another] irony is that on the day I got the e-mail, I was shooting on a movie set for the day opposite Matt Damon. So that morning, I had been shooting the scene opposite Matt Damon [for the film Elysium; the scene was cut] and I had given him my book and then I came home to that e-mail.

Do you think that the events that are documented in this book help you put this in perspective?

Yes, I think going through everything I describe in the book as a young person has prepared me for all kinds of things in life.

I'm working on a second book, which is going to be published by Random House in the spring of 2015. It's also a memoir that picks up where Something Fierce left off. It's called Mexican Hooker #1. Which is, of course, the name of a character that I played.

You said at the time you didn't have bad feelings toward D&M. How do you feel now?

I still harbour no hard feelings towards them; I know it wasn't their fault, that they did everything in their power to save that company. It was very painful for them. They published my book when I couldn't even get an agent, when nobody would return my calls, so they really took a risk on me – a first-time book writer. So I just have gratitude for them. 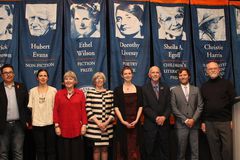 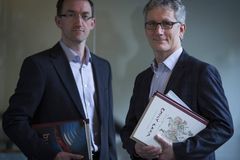 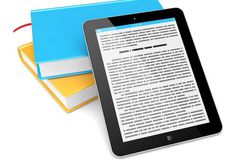 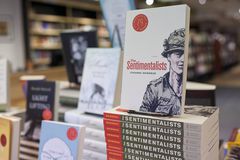 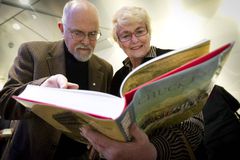 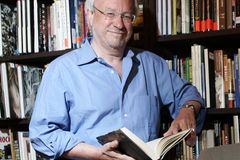